Got a Wiko Stairway and looking for a way to root it? Look no further as the guide below is all about rooting your Wiko Stairway and getting SuperSU running on it. Once that is done, you will be all set to run root-requiring apps on your phone. 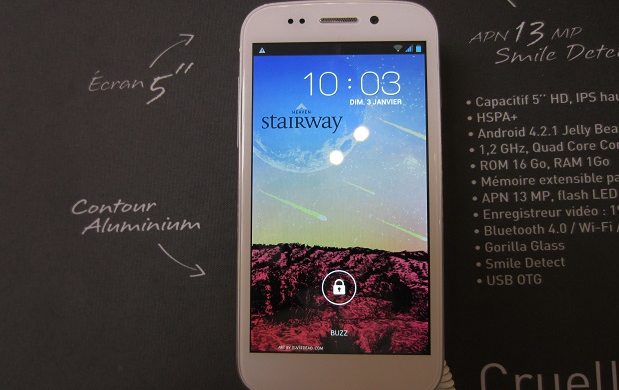 Congratulations! Your Wiko Stairway has been successfully rooted and you can confirm the same by looking for SuperSU in your app drawer. If it is there, you are confirmed to be rooted.

If you would like to know what you can do with a rooted phone, you can read our post on that that talks about the benefits you get when you root your phone. Basically, you are supposed to install root-requiring apps on your phone when you are rooted, and for that, you can hit up the Play Store where there are a number of apps ready to be installed on your phone.

These apps should provide you with more features compared to the ordinary apps as these have access and ability to edit the system files on your phone. Do everything but make sure you do not overdo things or you might end-up bricking your phone!

Mahesh is a technology enthusiast who loves everything about tech, be it Apple, Google, Android, iOS, or any other cool operating system. He enjoys covering tips and tricks for consumer software such as Android, Mac, and iOS. He spends most of his time thinking about new helpful tips in front of his Mac but also knows mobile operating systems very well. Mahesh has been writing online for nearly a decade and has written for reputable websites such as How To Geek, Make Tech Easier, and The Unlockr.
« Install CWM Recovery on Huawei Y550» Install TWRP Recovery on Xiaomi Redmi Note Prime