I have learned some valuable lessons since I was younger, one of which is when you sit around a table with people you probably don’t want to be assuming anyone is willing to sympathize with your downfalls in life, nor should you go looking for it. Making matters worse for myself, I was expecting to get sympathy thrown my way when my losses were other people’s gains and the gains of many of those around me . . . it was just never going to go well, and I should have been wise enough to take a different approach right from the beginning.

During those same years was when I had bought my first smartphone: it was an Android, chosen due to my financial hardship and not being able to afford an iPhone, and in good enough conditioning that those around me didn’t need to know that it was second hand, having already been owned by a Canadian, whose house likely wasn’t near the picturesque hillsides that Google had shown me when I punched in his alleged address. After learning eBay’s policies, I guess I should be happy with anything arriving at all, but the Samsung Galaxy Alpha as it were, had an unusual problem where it would start typing by itself . . . I tried flashing the stock ROM and starting fresh, but nothing seemed to fix the problem. It was likely a bricked phone, and one that I couldn’t seem to fix. 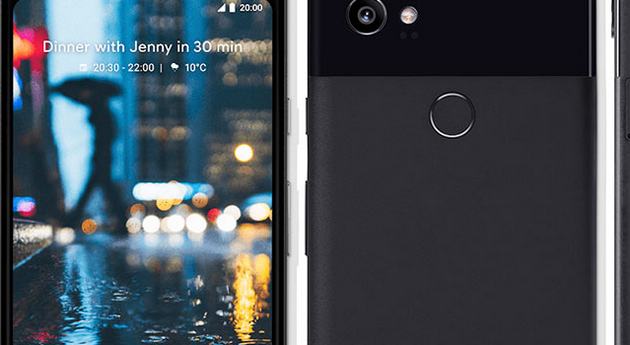 From the outside, the Samsung Galaxy Alpha was looking pretty sweet. From the inside, it was a test just to try to send a friend a message that didn’t have a smiley face in the middle of it or that was coherent enough that the reader could understand what I was at least trying to say. I tried my best to act as though I was enjoying my time with it before finally coming to terms with the reality that I had been had by a con artist who was just trying to maximize his earnings at my expense.

That same smartphone is still in my drawer, collecting dust as I’m too afraid to throw it away and not get my identity stolen in some way. But there isn’t much pulling it out now because the guy sold me a battery on its last legs and the replacement I shopped for online was also part of a new scam. But one of the things I wished I had of done before I had bought another smartphone to take its place was try installing a custom ROM. Perhaps it could have fixed my problem . . . who knows.

How to Install TWRP Recovery on Google Pixel 2 XL

1. If you don’t have TWRP Recovery installed then download both the .img file and the zip file to the computer.

2. Install the Universal ADB Drivers on the computer by just downloading the file and then opening it up and following the on-screen instructions via the setup wizard to get it installed.

4. Connect the Google Pixel 2 XL smartphone to the computer with its USB cable.

5. Open the Command Prompt so you can use the command line and type the fastboot boot path/to/twrp.img command.

6. You will now have TWRP temporarily booted on the smartphone.

7. Next, use the ADB to push the TWRP zip file on the smartphone by typing the adb push path/to/twrp.zip / command.

8. Tap on the “Install” button and then browse for the TWRP zip file and then follow the on-screen instructions to get it installed. When done correctly it will then install TWRP Recovery to both the boot slots. The downside though is that it removes root access if you were rooted.

9. If the TWRP Recovery was accidentally flashed instead of the image being temporarily booted, you’d need to download the latest factory image from Google and flash it again.

The custom recovery image is now installed on the Google Pixel 2 XL smartphone. If you did have root access, then you might want to find the version of SuperSU that works for your version of Android and flash it again directly from the custom recovery image that you just installed. You’ll find you can boot it up using the hardware keys that you used for the stock Recovery mode.

If you find that you’ve had enough of the custom recovery in the future and want to revert back to having the stock recovery instead,d then you just need to flash the stock ROM.

The way in which a stock ROM gets flashed varies from manufacturer to manufacturer so research how to install the stock ROM on Google devices when you’re researching this one.

in Android, Rooting, Tutorials No Comments

Mathew Diekhake is a certified Microsoft systems administrator from Australia and also the editor of ConsumingTech.com. With a never ebbing desire to cover technology, he spends most days consumed by Windows, Linux, and Android in particular; however, he has spent innumerable hours learning consumer tech software in general, formally and as an autodidact, and has authored tens of thousands of tutorials and news articles since 2011. Mathew has obtained numerous Microsoft certificates and is a qualified sysadmin (MSCA). Read Mathew's full biography. Mathew's social profiles: Twitter, Facebook, Instagram, LinkedIn, Github, Reddit.
« How to Fix “You’ve been signed in with a temporary profile” Error in Windows 10 [Tutorial]» Mozilla Firefox Retrospective: Looking Glass