There is a lot of information flying out there about custom ROMs, and much of it isn’t true: you need root access to install custom ROMs being one that is written all too often. 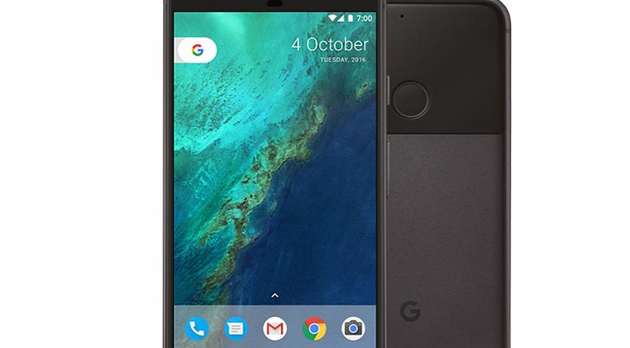 Depending on the rooting methods that are available for your smartphone you might also be able to use it to get root access. SuperSU is one tool that Android rooting fans have been flashing from a custom recovery image for years—it’s recently been under new ownership, and a new tool called Magisk has taken some of its glory, but as long as a version of SuperSU is available for your version of Android, and you don’t mind the features that it is offering, then you can still get it flashed from the custom recovery if you want.

How to Install TWRP on Google Pixel XL

If you already have TWRP installed on the Google Pixel XL smartphone, then you can just install the latest version of TWRP directly from the custom recovery itself by uploading it there. Achieving that would go as follows: download the TWRP to your computer, connect your device to the computer using the USB cable, transfer the TWRP file to the internal storage folder, disconnect the device from the computer and then boot it up into the Recovery mode where you would then flash the file.

For everyone else who hasn’t yet installed TWRP on the Google Pixel XL smartphone before now, you’ll need to do as follows:

2. Download both the latest versions of the TWRP .img and zip files from the same downloads page. Copy the zip file to the internal storage of your Google Pixel XL smartphone using the same steps as above: download the TWRP to your computer, connect your device to the computer using the USB cable, transfer the TWRP file to the internal storage folder, disconnect the device from the computer and then boot it up into the Recovery mode where you would then flash the file.

3. Keep the .img file on the computer.

4. Boot the Google Pixel XL smartphone into its bootloader mode by holding the Volume Down button and the Power button from a powered-off position to start with, and it should then boot into bootloader mode. Use Google for more directions if you get stuck.

5. Connect the Google Pixel XL smartphone to the computer using its USB cable.

6. Open the ADB and Fastboot package to bring up the command line and then type the fastboot boot path/to/twrp.img command and hit the “Enter” key on your keyboard to execute it, remembering to change where it says “path/to” with the actual path of your twrp.img on the hard drive.

7. The custom recovery image (TWRP) will now be booted, but it’s only a temporary version of the TWRP. If you haven’t seen the chance to enter your password or pin code and yet you are using a lockscreen password/pin then reboot the smartphone to the bootloader mode and try again.

8. Once you have the temporary version of TWRP on your device’s display, navigate to where you can install the TWRP zip and follow the on-screen instructions to get it installed. The TWRp zip will install the TWRP to both boot slots, and you’ll find that it is now no longer temporary.

9. If you have flashed TWRP using Fasboot my mistake, then you will no longer have root access if you were rooted before. You’ll need to follow another guide to get root access, which can easily be done by knowing your Android version.

The custom recovery image is now installed on the Google Pixel XL smartphone, meaning there’s nothing stopping you from uploading the zip files you want from the Recovery mode: custom ROMs and rooting files to help with better backing up, different versions of Android, and the chance to run more applications are just a few taps away.

Mat Diekhake is the editor of ConsumingTech.com. He has been inseparable from the internet since Web 2.0 in 2005, and by 2008 decided on a career in IT. With a never ebbing desire to cover technology, he spends most days consumed by Windows, Linux, and Android in particular. Though he has spent innumerable hours learning consumer software in general, formally and as an autodidact, and has personally authored over 10,000 articles since 2010. Microsoft awarded him numerous certificates resulting in him becoming a qualified Windows systems administrator (MSCA). Read Mathew's full biography. Mathew's social profiles: Twitter, Facebook, Instagram, LinkedIn, Github, Reddit.
« Install TWRP Recovery on Google Pixel 2» Google Chrome 64 for Android Released with Abusive Ad Experience Prevention