System Restore has been one of the most recognized features to do with the Microsoft Windows environment for many years now. It allows users to revert the computer to an earlier time when things were still working well. This includes returning everything from system files, applications, the registry, and system settings to a previous date so they can all be used again.

Many administrators use System Restore for fixing problems that were otherwise too difficult to troubleshoot. Microsoft actually makes troubleshooting now more accessible than ever too, but if there comes a time when a problem is too much to handle, then you want a quick solution instead of having to spend hours upon hours continuing to look for one. The System Restore function is that window of opportunity: just use it to revert the computer back to a previously known state when it was working. The only consequence is you’ll lose anything that you’ve installed between now and that time that you’re choosing to go back to, so you’ll need to back up any important documents that you created in that time frame. Most people would do this by using one of Windows 10’s backing up tools that Microsoft has made available, but there’s no reason why you can’t use third-party tools as well, or just put your documents onto a USB stick for now and transfer them again later.

We’re using Windows 10 in this article, but System Restore has been working much the same way for many Windows operating systems versions, so you should be able to use this if you’re aren’t yet up and running on Microsoft’s latest OS too.

Here’s what you need to create a System restore Wizard shortcut when you’re using any of the versions of the Windows 10 operating system.

How to Create System Restore Wizard Shortcut In Windows 10

Right-click the mouse anywhere on the desktop that is unused and then navigate to New > Shortcut. 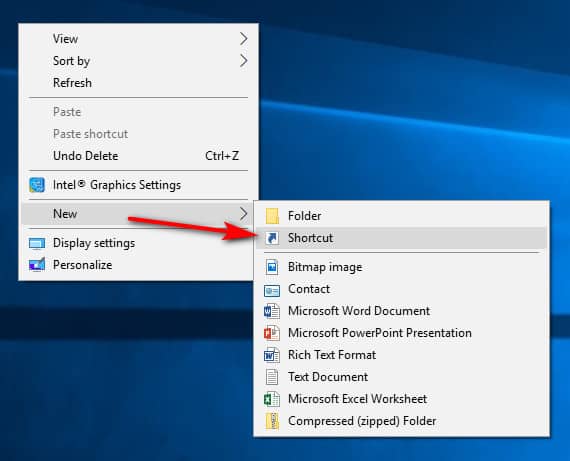 Where it asks you to type the location of the shortcut, enter the following: C:\Windows\System32\rstrui.exe and then click on the “Next” button. 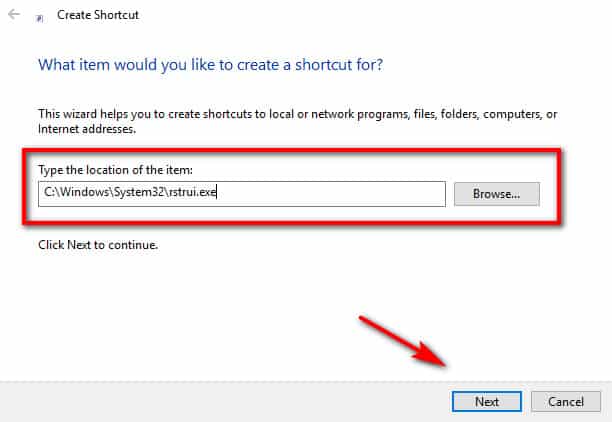 Where it asks you for the name, type “System Restore” and then click on the “Finish” button. 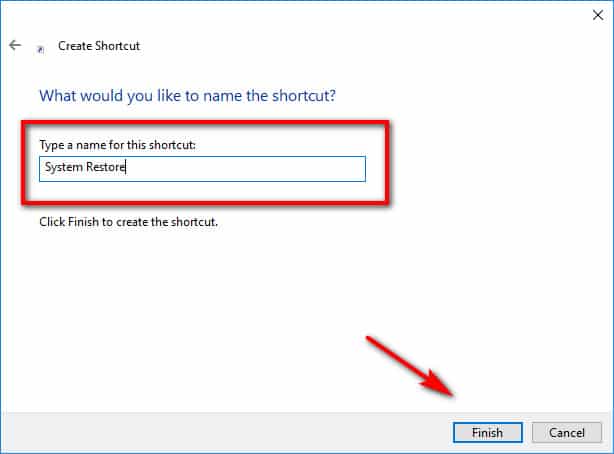 Newer versions of the Windows 10 operating system will already include the System Restore icon for you automatically so you don’t have to look at the folder. This is what that icon looks like:

However, if you’re using an old version of Windows 10, then you can do it manually still so you don’t miss out. To do that, head back to the desktop and right-click on the newly created shortcut and select “Properties” from the context menu.

From the Shortcut tab, pick a new icon that better suites the System Restore Wizard. 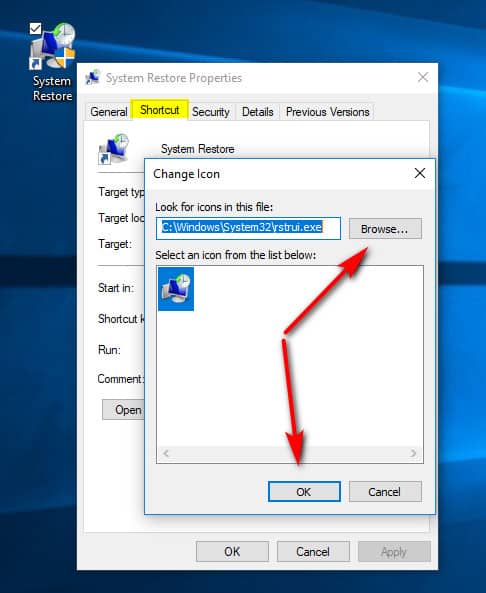 A common thing to do next is to get the System Restore Wizard pinned to the taskbar so it’s available on your computer’s display, even when you have a web browser open.

Mathew is a qualified Microsoft Windows systems administrator (MCSA) who has covered OSs, browsers, the internet, and related tech since 2011. He is the founder and editor of ConsumingTech.com and is a freelance tech writer for various publications around the Web. Mathew graduated from DDLS Melbourne (now Lumify). He grew up in Melbourne and lives in rural Victoria, Australia. Read Mathew's full biography. Mathew's social profiles: Twitter, Facebook, Mastodon, Instagram, LinkedIn, and Github.
« Pin System Restore Wizard to Taskbar in Windows 10» Uninstall Xbox App in Windows 10