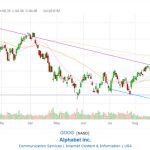 Google closed the day at $94.66 which gives the stock a P/E ratio of 18.45 and a forward P/E of 17.40. That’s not excellent value necessarily but what gives Google stock hope is that we can see insider transactions up 20.99% suggesting that some Google employees do see this as a buying opportunity. That being said, we certainly have respect for the general intelligence of Google management and if they see this as a time to buy, then it’s a notable time in the stock’s history.

We are still expecting the Nasdaq to fall further during this bear market but that doesn’t mean every tech stock will continue to fall. According to Michael Burry, the tech stocks that have further to fall than others are the ones that are not yet under or are close to the 200 SMA. We can see that Google stock is well under its 200 SMA. Google’s 200 SMA is just under $120 and its current price is $94.

Elon Musk has said several times that the one company he fears [as his competition] is Google. Recently there was news of Elon Musk and Google potentially joining some type of partnership. Those rumors about a partnership have not been confirmed but they sound potentially believable given Elon has made it clear he wants to know more about Google.

Cathie Wood has routinely mentioned AI as being one of the next big catalysts in the market that will propel stock prices much higher. Another sector many stock analysts and fund managers love is EVs. Google is a leading company in AI and has already started rolling out driverless robotaxis services in some US cities. In fact, far lesser companies already have started autonomous vehicle rides, too.

So is Google a buy? Given Google recently fell on an earnings miss, I would be hesitant if I were an intraday trader. But for investors with a 2-3 year time horizon, it might be hard to find an easier bet to make than Google at its current price. It can go lower depending on how bad this recession gets. Advertising revenue is not a sure thing in recessions because marketing is one of the first expenses businesses cut. Therefore, it’s risky to leverage Google. But if you have a lot of money to put in the market, even if the recession is quite severe, it won’t take long for new businesses to start advertising again.

Mat Diekhake is the editor of ConsumingTech.com. He has been inseparable from the internet since Web 2.0 in 2005, and by 2008 decided on a career in IT. With a never-ebbing desire to cover technology, he spends most days consumed by Windows, Linux, and Android in particular. Though he has spent innumerable hours learning consumer software in general, formally and as an autodidact, and has personally authored over 10,000 articles since 2010. He is a qualified Microsoft Windows systems administrator (MSCA). Read Mathew's full biography. Mathew's social profiles: Twitter, Facebook, Instagram, LinkedIn, and Github.
« Xpeng Falls to Nearly x4 Under 200 SMA – Nov 1, 2022» Xpeng Closes Week at $8.49; Has More Green than Red Days since Oct 22 – Nov 13, 2022