The HTC One X Plus came with a 4.7-inch display, runs Android 4.1.1 Jelly Bean out of the box, had an 8-megapixel camera and managed to become a really popular smartphone around the world. Like all good HTC phone’s, the software updates eventually came to an end, the hardware started to fall behind newer devices, and the features that were offered weren’t as good as newer phones on the market. That’s where custom ROMs always come into play. 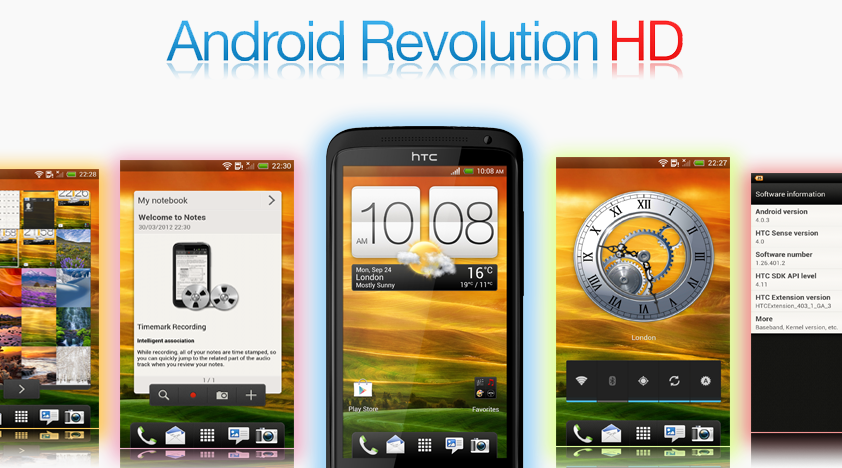 The more ROMs that are made available for you to choose from means you have a higher chance of finding one that suits your needs. That same version of Android that is passed around the world isn’t always going to be software that everyone finds perfectly suitable. There is often a custom ROM out there that has been developed by a third-party developer that is much more suited to what your life demands.

If installing a custom ROM to replace the version of Android that is already running on your device doesn’t sound appealing just to try to find a ROM that better suits your needs with UI layout, design and features then you might fall into the other crowd of people who love checking out the newer versions of Android. Official updates only last so long before they come to an end. A custom ROM might be available that allows you to update to the newer versions of Android without you having to buy another device that supports it with an official update. Sometimes you can find versions of Android that are years ahead of the last official Android software update that rolled out for your device. The amount of custom ROMs that are created for a device widely depending on what that device is so you should always check before buying a device. Typically the more popular the device is, the more custom ROMs that will be created for it. A flagship smartphone, for example, usually has many custom ROMs made available for it as long as the bootloader can easily be unlocked and a custom recovery image is available to be installed.

As long as you have the International version of the HTC One X Plus smartphone, then you can install this Project Speed custom ROM on your device. The main speed in this ROM comes from the new kernel called SpeedyKernel 4.5 that is custom made by the same developer as the ROM. You also get a bunch of stuff that is optimized for speed, like the optimized rendering.

The Project Speed custom ROM is based on the Android 4.2 Jelly Bean software update. It comes with a bunch of features on top of it being extremely quick, so it doesn’t just get its speed from having next to no features at all. Some of the features you will want to know about include a camera that comes with photosphere, Xposed modules updated to the up to date versions, updated version of BusyBox, colored Weather in app drawer and lock screen, battery tweaks, faster ROM than before and new tweaks that were not available at all in the other versions.

Update: The Project Speed custom ROM for the HTC One X Plus smartphone now is based on the Android 4.2.2 Jelly Bean software update. It also is equipped with the Sense 5.0 user interface–HTC’s own answer to uniqueness for its ROM. Sense is very unique, but it slows down the developments of the ROM which is why HTC phones are hardly ever at the top of the pecking order for software updates.

The ViperXL+ custom ROM is unquestionably one of the best looking custom ROM designs out there for the HTC One X Plus smartphone. It’s not everybody you get an off white color in web design because it traditionally doesn’t look very good, but the ViperXL+ has some of the best screenshots featuring this off-white tinge that I’ve ever seen. It’s clear there are some people with real design talent creating this custom ROM.

HTC phones have something called “Sense” built into the software which is HTC’s answer to providing its users with something different that it thinks is useful. Many HTC fans do love keeping the Sense features when they swap over to a custom ROM, and that is the main reason why these third-party developers do continue to support the Sense feature. The ViperXL+ custom ROM comes with outstanding Sense support and innovates it like no other ROM ever has. You also get more features that any other custom ROM for the HTC One X Plus smartphone.

The InsertCoin custom ROM is another custom ROM for the HTC One X Plus smartphone that is based on the Android 4.2.2 Jelly Bean software update. You get heaps of features in the InsertCoin custom ROM, although not as many as some of the other ROMs claim to have. It comes with Sense 5, BlinkFeed, android 4.3 window transition animations, Android 4.3 font, optional remove battery icon, BusyBox, init.d support, music channel visualization with live lyrics, 12 quick settings tiles, show battery level in status bar, new lock screen style – widget, added sleep mode in power settings, and still loads more.

The InsertCoin ROMs can come with ad blockers while they tell you to whitelist their site so they can continue to make revenue from ads. That’s a little hypocritical since they are more than willing to block them for everyone else. The truth is that most sites you visit display safe ads that are from the same Google sources that they claim to show their advertisements, so if whitelisting their website is fine then it’s also fine to whitelist the majority if the websites you visit. Unfortunately, hardly anyone does whitelist a website, and then we lose all of our revenue from the people who use ad blockers, so we don’t like recommending any custom ROMs that endorse ad blocking. Apart from that, the InsertCoin ROM is a solid choice.

The Android Revolution HD 8.0 custom ROM for the HTC One X Plus smartphone is the most widely used ROM available from the XDA-Developers web forum for this device. It has close to probably twice the downloads of any other ROM for this device, so you instantly know that this is going to be a good ROM without even looking into more details.

There are a few main reasons for the Android revolution HD’s popularity: it’s very fast, comes with the stock Android look, is rock solid stable, and the ROM developers offer outstanding support. Apart from those major factors that people look for, the Android Revolution HD 8.0 custom ROMs is packed with features. The software (CPU) rendering is completely removed and has been replaced with the full nVidia Tegra 3 (GPU) rendering. It comes with SuperSU installed already so you have root access and can install any of the root applications. That saves you from having to source the right version of the SuperSU for your software which is getting harder as time goes on and more version of SuperSU are necessary for the different software versions. You also get the newest version of BusyBox to go along with that root access. Unsecured boot.img. RAM optimizations. Speed optimizations. Fully de-odexed, so your themes are really easy to install (most people want deodexed custom ROMs). Excellent battery life. Zipaligned for improved RAM management and Zipalign on boot, plus still heaps more features.

Mathew is a qualified Microsoft Windows systems administrator (MCSA) who has covered OSs, browsers, the internet, and related tech since 2011. He is the founder and editor of ConsumingTech.com and is a freelance tech writer for various publications around the Web. Mathew graduated from DDLS Melbourne (now Lumify). He grew up in Melbourne and lives in rural Victoria, Australia. Read Mathew's full biography. Mathew's social profiles: Twitter, Facebook, Mastodon, Instagram, LinkedIn, and Github.
« Custom ROMs for AT&T Samsung Galaxy S6 [List]» Custom ROMs for LG V20 [List]