A custom ROM is available for most people to install regardless of their devices. It is just about finding the right ROMs to install for your device. There are new ROMs available for each device. Often these devices are split up into model numbers. We make that easy for you guys by finding out what custom ROMs are available out there for you to install, so you don’t have to do anything but take your pick from the ROM options on the list.

The point of a custom ROM is to make the device owner happier than what they were with the stock ROM that was running on the device already. There are a few reasons as to why the stock ROM version of Android might not have to make people as happy as it could be. One of the main reasons is always because official Android software updates eventually come to a grinding halt and then there is nothing a person can do to run a newer version of Android other than buying another device that runs them. That’s one of the ways these smartphone and tablet manufacturers force you to upgrade. (Another way is by making your battery not user replaceable, and it eventually runs out.) 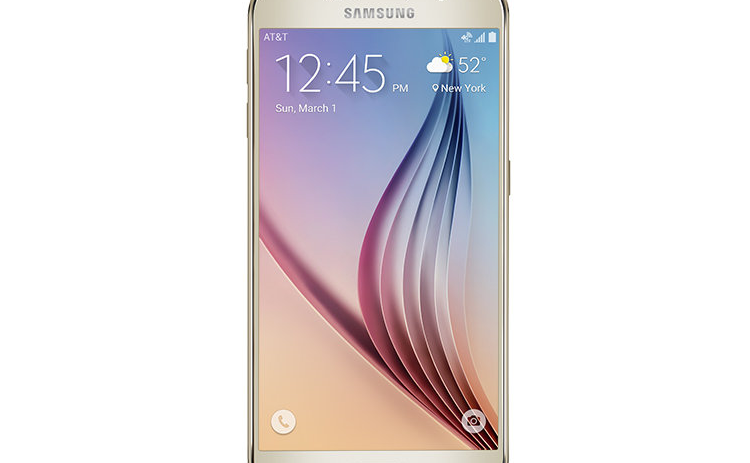 If people aren’t updating to custom ROMs for the sake of running a different version of Android, then they are doing it to create more speed from the ROM or more power from the ROM. More speed is something that is often found when the custom ROM offers an Android experience that is much closer to AOSP compared to the ROM that they are running that has been changed by the manufacturer and phone carrier networks.

There aren’t many custom ROMs out there for the AT&T variant of the Samsung Galaxy S6 smartphone because most people are finding their firmware’s hard to get a custom recovery installed on it. Those who did manage will be interested in checking out the Dennis ROM. The developer of this ROM is named Dennis and hence the name Dennis ROM. It is based on the Android 5.0.X Lollipop updates. The main reason people want to have the Dennis custom ROM installed on the Galaxy S6 is that it comes Deodexed. Most stock ROMs come to you as odexed which helps the applications run faster and smoother, but it is the opposite for custom ROMs. Anyone wanting to try out themes on the custom ROM will also want the ROM to be deodexed, which is why people are loving the Dennis custom ROM. There are plenty of theme people are suing and getting to work fine. You can read more about that in the comments from the download link for the Dennis ROM which directs you through to the XDA-Developers thread that the custom ROM has been posted on.

Those wanting a custom ROM running the AT&T Samsung Galaxy S6 smartphone that is not just a stock ROM and not the Dennis ROM need to look at the CleanROM for now as there are no other alternatives today. The CleanROM isn’t bad custom ROM to have made available, though. It is based on the Android 5.0.2 Lollipop software update and comes without Knox security, with root access thanks to SuperSU and BusyBox is already installed. That means you don’t have to flash SuperSU manually yourself from the custom recovery image that you installed to be able to start installing the root applications.

Unlike some custom ROMs that have nothing to do with their names, the CleanROM does have every intention of giving downloaders a ROM that is clean from bloatware and thus making it extremely fast and smooth to use. You can expect the CleanROM custom ROM to be more like the way Android developers intended you to have the Android software before the smartphone manufacturers and phone carrier networks got their hands on it and altered it in hundreds of little annoying ways.

The Ultra Light custom ROM for the Samsung Galaxy S6 smartphone for AT&T subscribers is similar to the CleanROM but different enough for there to be a clear distinction between the two. The Ultra Light ROM does come rooted already with SuperSU installed. Just like the Clean ROM, it also comes deodexed so you can easily change themes. Now here is where the differences between the two ROMs begin: the Ultra Light custom ROM is a debloated stock ROM without TouchWiz Launcher or Samsung’s S-Voice. Replacing the TouchWiz Launcher is the Nova Launcher. The custom ROM doesn’t get rid of the TouchWiz experience altogether, though. You still get the same TouchWiz features that Samsung intended you to have.

The Ultra Light custom ROM is the second most popular custom ROM to install on the AT&T Samsung Galaxy S6 smartphone behind the CleanROM.

If you don’t like any of the ROM choices, or you just want to be running the stock ROM so that everything is back to normal, you can download the fast and easy stock Odin Tar which provides a much quicker download than from the other sources that make you wait a long time for the download to complete as a way to entice you to pay for the faster download. The direct source available from the XDA-Developers forum thread that is available from the download link below is a direct source so you can be running on the G920AUCU1AOCE stock ROM once again in no time.

Do be aware that the stock ROM flashed with Odin is going to restore the device and wipe everything like it was a new phone being opened out of the box. You need to backup data before going ahead with that, or you will lose all of your pictures and other data. You might think that your photos don’t really matter, but we still recommend backing up because if you’re anything like me, you’ll resent not backing them up about a year later when you realize they were some of the best photos you had ever taken of yourself and now that you are older it isn’t possible to take them again.

Those are currently the best custom ROMs made available for the Samsung Galaxy S6 smartphone for the AT&T subscribers. You should not flash any of these ROMs on a Galaxy S6 that does not come with the same model number as the AT&T version. You can expect the list to be updated when new ROMs are available.

Mat Diekhake is the editor of ConsumingTech.com. He has been inseparable from the internet since Web 2.0 in 2005, and by 2008 decided on a career in IT. With a never-ebbing desire to cover technology, he spends most days consumed by Windows, Linux, and Android in particular. Though he has spent innumerable hours learning consumer software in general, formally and as an autodidact, and has personally authored over 10,000 articles since 2010. He is a qualified Microsoft Windows systems administrator (MSCA). Read Mathew's full biography. Mathew's social profiles: Twitter, Facebook, Instagram, LinkedIn, and Github.
« Best Custom ROMs for Barnes & Noble Nook HD» Best Custom ROMs for HTC One X+ (Plus)