The HTC Desire 616 was a pretty good smartphone for the price, but it didn’t end up proving to be all that popular with the people buying it. Subsequently, it didn’t get many custom ROMs made for it. There is a chance that the HTC Desire 1616 gets some more custom ROMs made available for it in the future, but for now, there is only the one available: The MIUI ROM in its beta stages.

Each smartphone that comes with Android running on it has an Android stock ROM. It’s a version of the official Android operating system that then has changes made to it by the manufacturers (in this case HTC) and the phone carrier networks. That’s why when you buy a device like the HTC Desire 616 it can look entirely different to a device that you might have been looking to purchase for around the same price for LG. They make these changes for marketing purposes, so you have a reason to buy something. They also do it because they make their own unique stock applications that are different from one another and provide another opportunity for these companies to make money from you. 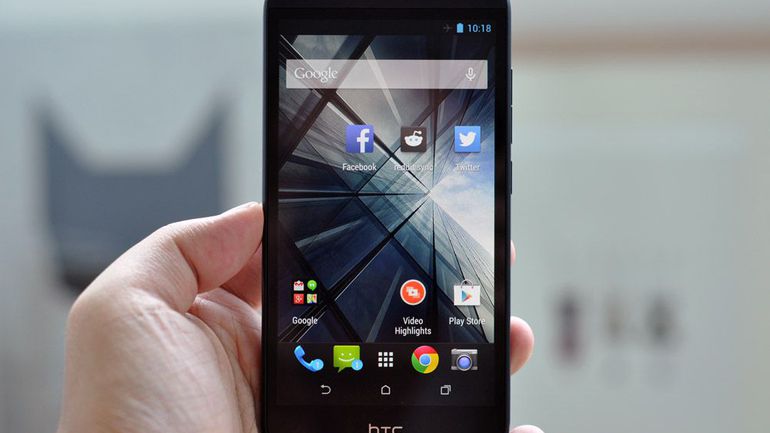 The HTC Desire 816 smartphone comes running on the Android 4.2.2 Jelly Bean software update out of the box, and because it didn’t prove to be all that popular, it never received any other major update to newer version of official Android. Usually, that spells a playground for developers to run wild and create things, but because it didn’t get many people using it, that didn’t happen.

Most of you will have heard of the Xiaomi brand name. All Xiaomi smartphones and tablets have a unique operating system that runs on the devices called MIUI software. That same MIUI software is what is available for you to install on the HTC Desire 1616 smartphone. The MIUI ROM that is valuable here is in its beta stages which means it should not be installed on your daily smartphones that you use for work. You can expect it to have bugs and things that are not yet final until the beta stages ROM is changed into a stable version of the ROM. It’s also a ported ROM which is called unofficial builds. That is when the Android community has ported it from another device to work on this device, but there was nothing done by any official team to develop it for this device. You might in future see a new ROM called an unofficial CyanogenMod custom ROM for a different device—well, it’s the same situation where the official CyanogenMod team did not create the ROM for that particular device that people are installing it on.

The list of custom ROMs for the HTC Desire 616 smartphone will be updated when we learn more that have become available. As of today, that is all there is on offer. Anyone looking for a quick and easy way to unlock the bootloader, get root access or install a custom recovery image on the HTC Desire 616 smartphone can do so by installing the WinDroid Toolkit on a Windows computer and then connecting the smartphone to the computer and clicking on the appropriate buttons from the kit’s user interface once it is opened up. WinDroid offers a one-click solution to get all of those things done. You do need to unlock the bootloader before flashing the custom recovery image. The custom recovery from the WinDroid Toolkit is what you need before you attempt to install many of the custom ROMs from this list.

Mathew is a qualified Microsoft Windows systems administrator (MCSA) who has covered OSs, browsers, the internet, and related tech since 2011. He is the founder and editor of ConsumingTech.com and is a freelance tech writer for various publications around the Web. Mathew graduated from DDLS Melbourne (now Lumify). He grew up in Melbourne and lives in rural Victoria, Australia. Read Mathew's full biography. Mathew's social profiles: Twitter, Facebook, Mastodon, Instagram, LinkedIn, and Github.
« Custom ROMs for Motorola Moto X Play [List]» Custom ROMs for Samsung Galaxy Tab Pro 8.4 & 10.1 [List]