When you first open the Windows Terminal app, you are given the Windows PowerShell as the default shell profile; however, this can be changed to the Command Prompt or Azure Cloud Shell if you prefer. It would be wisest to set the default shell to be the one you plan on using most; and for a considerable number that may mean the Command Prompt; for others it may also be Azure Cloud Shell.

While there is no way for Microsoft to somehow automatically detect what it is you want to be set as the default shell, they have at least made it as simple as possible to change the default setting. The settings that can be altered here are available in the Settings app itself, and the Windows Terminal app guides you here directly in just a few clicks.

The following tutorial demonstrates how to change the default shell profile in the Windows terminal app when you are using a version of the Windows 10 operating system.

3. Under Startup, click on the Default profile drop-down menu and select the default shell profile you would prefer, i.e., the Command Prompt. (Click to enlarge the screenshot below.) 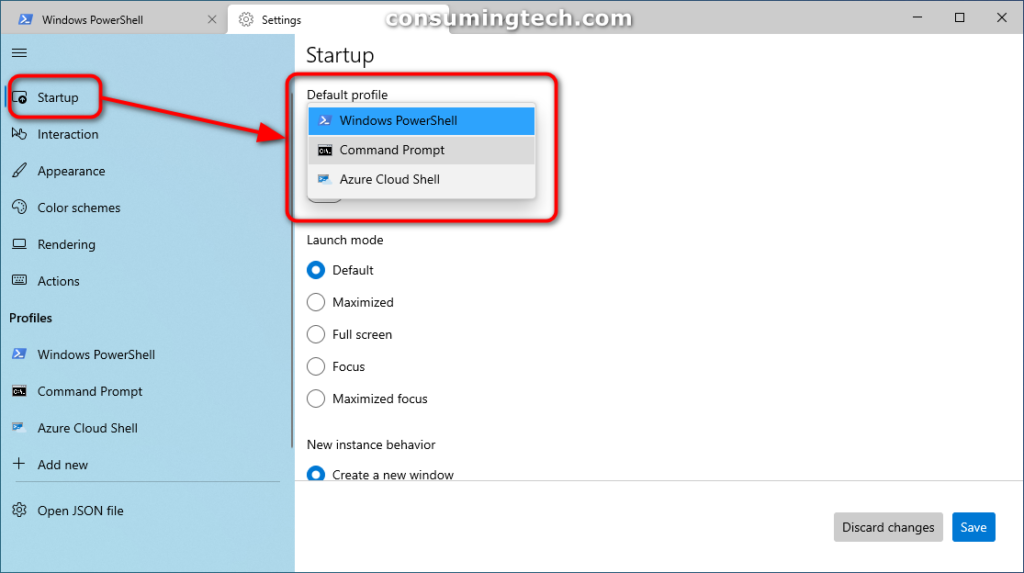 4. After selecting the new default profile, click on the Save button at the bottom of the Settings page. (Click to enlarge the screenshot below.)

Note: While it looks like you are in the traditional Settings app Windows 10 offers, this is an entirely unique Settings interface purely designed for the Windows Terminal app. Subsequently, there are some differences between it and the Settings. One of the more obvious changes is the fact that you may need to click on a Save button rather than have the altered setting be automatically saved when you make an adjustment. 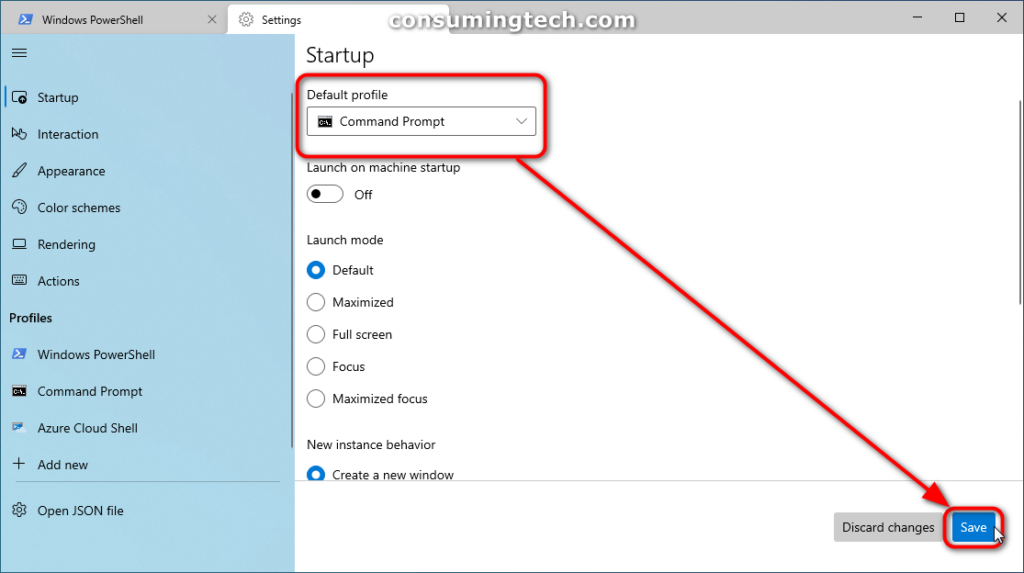 In conclusion, that is how to change the default shell profile in the Windows terminal app in Windows 10.

Mathew is a qualified Microsoft Windows systems administrator (MCSA) who has covered OSs, browsers, the internet, and related tech since 2011. He is the founder and editor of ConsumingTech.com and is a freelance tech writer for various publications around the Web. Mathew graduated from Lumify Melbourne in 2011. He grew up in Melbourne and lives in rural Victoria, Australia. Read Mathew's full biography. Mathew's social profiles: Twitter, Facebook, Mastodon, Instagram, LinkedIn, and GitHub.
« Change Microsoft Edge Theme in Windows 10» Add/Remove ‘Open in Windows Terminal as administrator’ Context Menu