I want to install the Media Feature Pack that is available for N versions of the Windows 10 operating system as an optional feature because the OS did not come with it by default. Resolution:

Microsoft distributes “N” and “KN” editions of the Windows 10 operating system across parts of Europe and Korea. Both special editions of Windows remove some of the media programs such as Windows Media Player, Groove Music, Skype, and many of the most common media codecs such as MPEG.

If you do have an N editions of Windows 10 installed, you can still go about getting those missing media features installed.

For more information, see Media Feature Pack for Windows 10 N (May 2019), and read the summary as well as how to get the update according to Microsoft if you do not want to follow our tutorial below.

The following tutorial demonstrates how to download and install the media feature pack for all N editions of the Windows 10 operating system.

1. Download the media feature pack for your version of Windows 10 operating system and then click on the Confirm button: 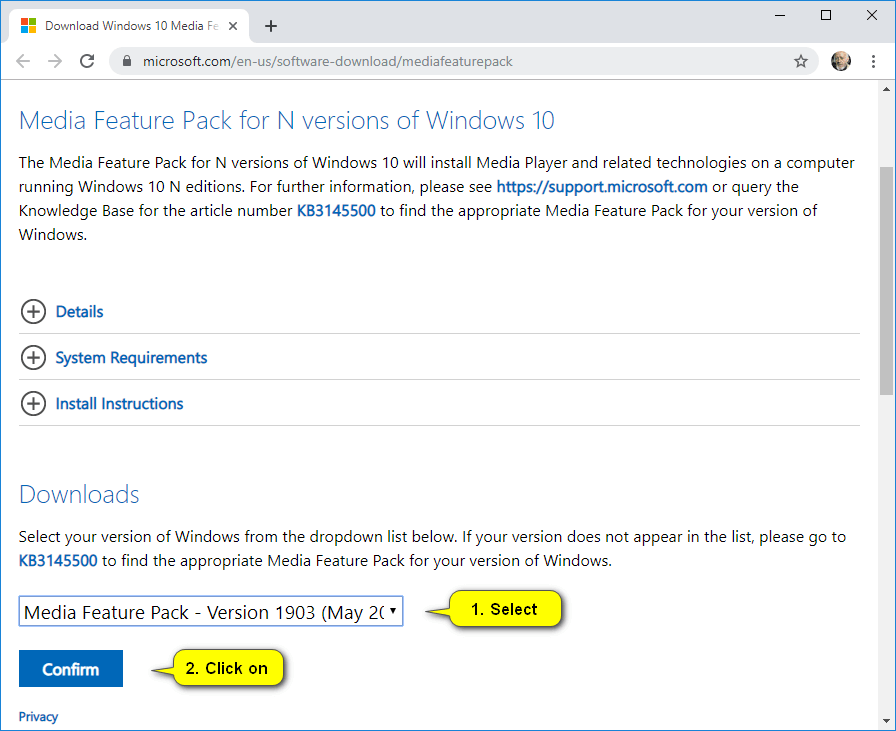 2. Under the Media Feature heading, choose between downloading the 64-bit version or the 32-bit version.

From the same webpage on the Microsoft website, you may also have to select the language you want the version of Windows to display once installed and then click on the Download button to download the operating system onto your computer. 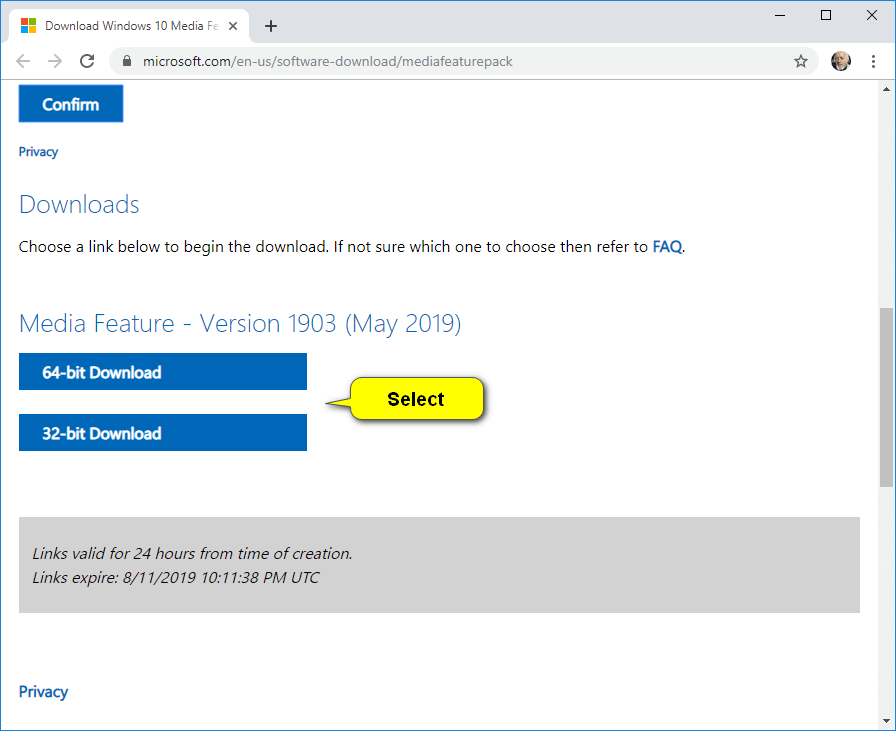 3. The file will then download onto your computer. Depending on the web browser you use, where it downloads within the browser itself may vary, but you will always find it available inside the Downloads folder in File Explorer provided you have not changed the default download location for the Windows operating system.

4. Once the file has finished downloading onto your computer, double-click on the file to install it.

Mathew is a qualified Microsoft Windows systems administrator (MCSA) who has covered OSs, browsers, the internet, and related tech since 2011. He is the founder and editor of ConsumingTech.com and is a freelance tech writer for various publications around the Web. Mathew graduated from DDLS Melbourne (now Lumify) in 2011. He grew up in Melbourne and lives in rural Victoria, Australia. Read Mathew's full biography. Mathew's social profiles: Twitter, Facebook, Mastodon, Instagram, LinkedIn, and GitHub.
« Remove Programs from ‘Open with’ in Context Menu in Windows» Create Custom Font with Microsoft Font Maker App in Windows 10