Windows XP Mod Launcher: Get XP on Any Android Device

Now you can get Windows XP on Android thanks to the XP Mod Launcher. With so many devices and operating systems out there these days, it’s hard to just stick to one. Unfortunately, unless you want to bury a pretty big hole in your pocket and fork out the money for a bunch of new devices, you would not have been able to change operating systems.

Now, though, there’s practically no operating system you can’t install on another device if you really want to. This guide is going to show you how you can get Windows XP onto an Android via the XP Mod Launcher. Check after the jump to see how it’s done.

There isn’t really much to do in the ways of installing the XP Mod Launcher. All you have to do is head over to the Google Play store and download the handy app from this link. Once you have downloaded and installed your device will now turn into Windows XP after you open the app. This is great because it means you can still enjoy your Android operating system, and when you want to make the switch just open up the XP Mod Launcher app and you will now be running Windows XP. Check out the image above to get your mouth watering before you head over for the download.

The XP Mod Launcher was developed by the crew at team.fluxion. The app itself was originally made for the Windows Pocket PC. It received rave reviews, so the developers decided to outsource it so that it can be run on Android phones and tablets. 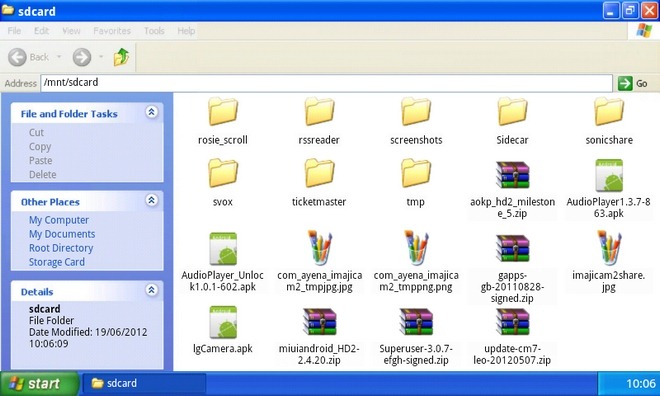 Mat Diekhake is the editor of ConsumingTech.com. He has been inseparable from the internet since Web 2.0 in 2005, and by 2008 decided on a career in IT. With a never ebbing desire to cover technology, he spends most days consumed by Windows, Linux, and Android in particular. Though he has spent innumerable hours learning consumer software in general, formally and as an autodidact, and has personally authored over 10,000 articles since 2010. He is a qualified Microsoft Windows systems administrator (MSCA). Read Mathew's full biography. Mathew's social profiles: Twitter, Facebook, Instagram, LinkedIn, and Github.
« Xbox 720 Durango Specs Leaked; Takes it to Playstation 4 Orbis Specs» Far Cry 3 for Xbox 360: Rating, Release Date and Review