The Windows 10 Start menu shows you a “Recently added” section to display everything that you had added to the operating system recently. Directly beneath that list is all of your apps that you can scroll down the list and find them in alphabetical order.

If you scroll all the way down to the end of the list, you should see at least one app suggestion that Windows 10 has given you. It does this based on what cookies suggest you might like and whoever is paying them the most money to display the ads. These paid recommended apps are either going to be for websites or apps. It can be games or something more practical like sites that can help you plan your next holiday.

Click on the Start button that is always available on the taskbar to bring up the menu. 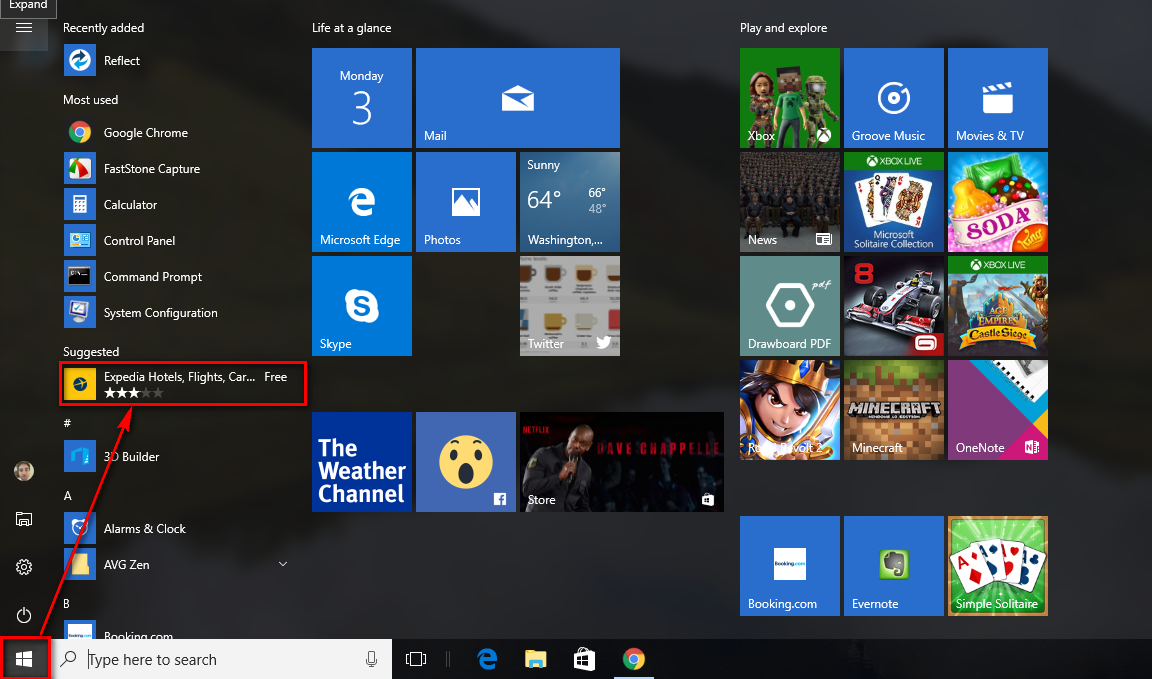 Scroll down the list of applications until you see the heading “Suggestions” and then right-click on the app that is visible directly beneath that heading.

You are then given two options: to no longer show that particular app or to never show any more apps as suggestions. If it’s just that one app that you have no interest in seeing but you do wonder what else Windows might have for you, then you should just choose the “Don’t show this suggestion” option from the list and then the app that was there will disappear. 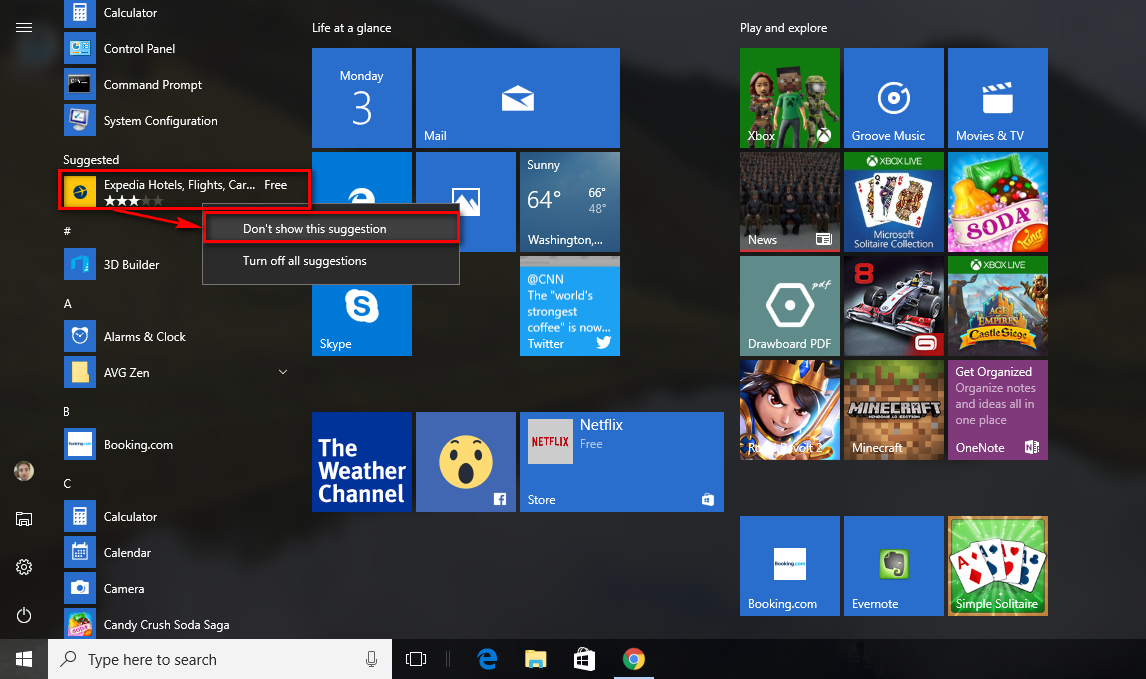 On the other hand, if you have no interest in the app suggestions at all and want them all gone then you should choose the second option from the list that says “Turn off all suggestions” and then when you scroll through your list of apps from the Start menu, you will no longer find any suggestions. 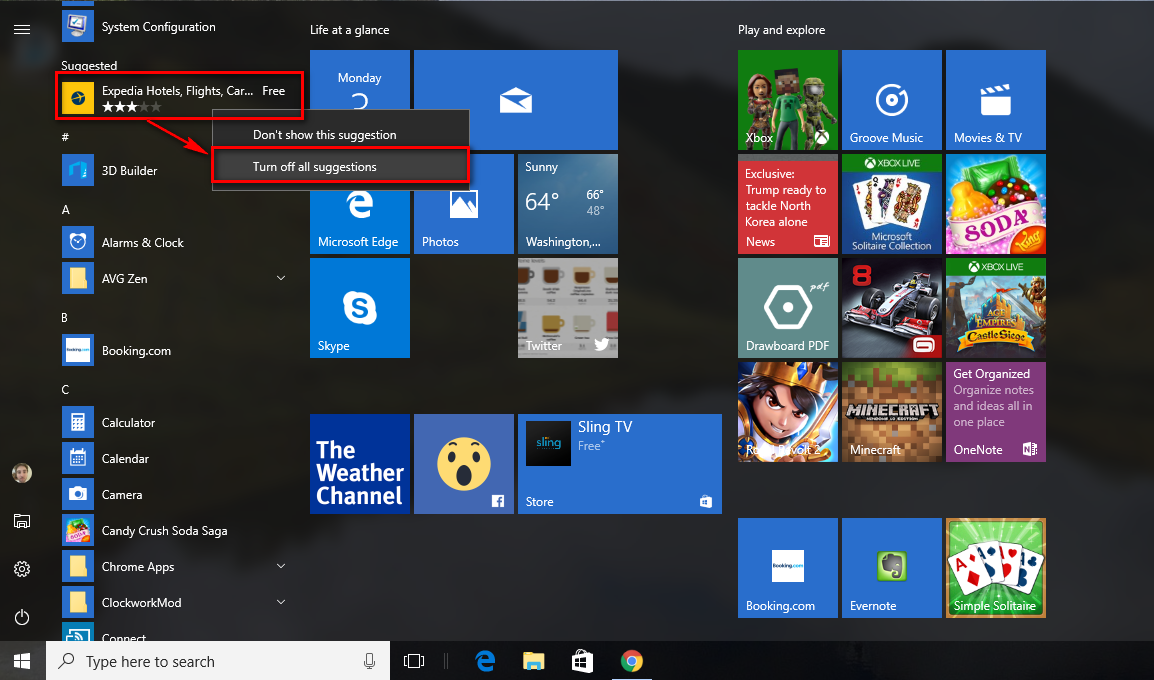 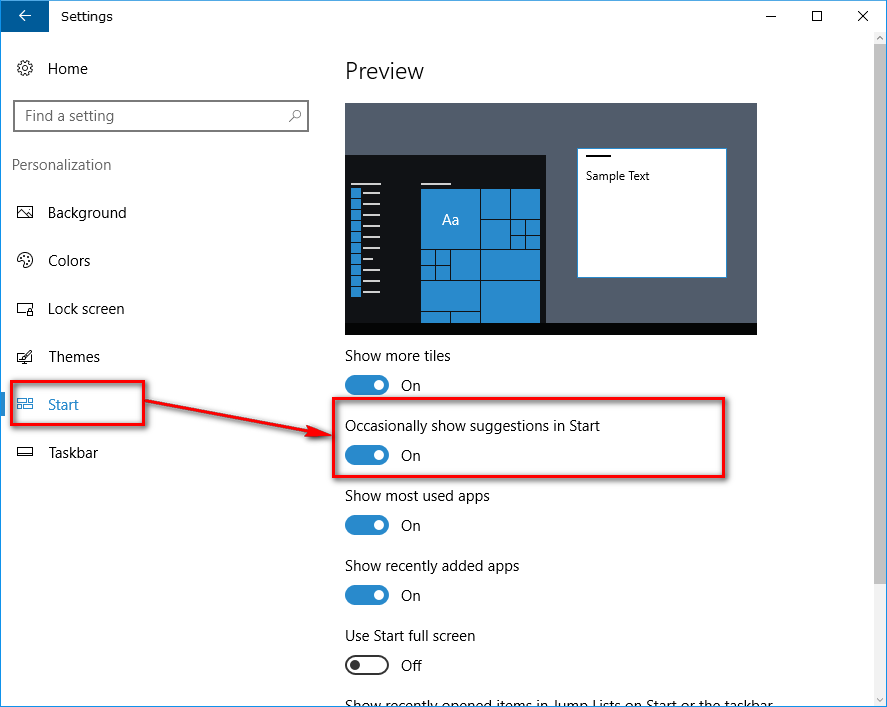 Windows 10 versions come with many suggested apps from a number of places, and that’s a good thing for them to be able to make some money from the operating system that they offered us for free. But if you don’t want ever to install any apps, then the suggestions are not doing you any favors. In that case, it makes sense for Microsoft to allow people to turn off these suggestions since those people weren’t going to click on them anyway. Now those people can still use their version of the Windows 10 operating system and not find the suggestions annoying, and Microsoft doesn’t notice any revenue changes from these people. It should result in a win for both people.

Mathew is a qualified Microsoft Windows systems administrator (MCSA) who has covered OSs, browsers, the internet, and related tech since 2011. He is the founder and editor of ConsumingTech.com and is a freelance tech writer for various publications around the Web. Mathew graduated from DDLS Melbourne (now Lumify) in 2011. He grew up in Melbourne and lives in rural Victoria, Australia. Read Mathew's full biography. Mathew's social profiles: Twitter, Facebook, Mastodon, Instagram, LinkedIn, and GitHub.
« Turn Off Windows Spotlight Ads on Lock Screen» Uninstall Desktop Apps and Windows Apps in Windows 10