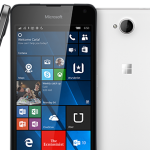 When it comes to statistics, it’s hard to find the truth with Smartphone companies. They aren’t legally obliged to give any, and when they do, we automatically assume that what they tell us is the truth.

Luckily, when it comes to the Windows Phone we have another stat we can use called AdDuplex. AdDuplex is an advertising agency that works only for the Windows Phone handsets. That’s a unique quality that we don’t really see with the other operating systems like Android and iOS.

Thanks to the numbers that come through the ads, Microsoft-based phones are now being used by 50 million people according to the software data. They can tell this because that’s the amount of units that officially have ads running on them. Technically, there could be more that don’t see the ads because they are using software that blocks it out, but that would just be speculation.

Following on from Android’s success, Windows are getting a lot of their use coming from the cheap handsets and not the ones that cost a lot of money. It’s becoming clear that people are willing to sacrifice the specs for something that comes in under budget and still gives them the basic necessities of a phone, and with these tough economic times we are all living, who can blame them? It’s reason enough to believe that Microsoft could be extending the current Nokia Asha range out to at least one more called the 504. That will be a step up from the 503 which is the current benchmark for that series.

Mathew is a qualified Microsoft Windows systems administrator (MCSA) who has covered OSs, browsers, the internet, and related tech since 2011. He is the founder and editor of ConsumingTech.com and is a freelance tech writer for various publications around the Web. Mathew graduated from DDLS Melbourne (now Lumify). He grew up in Melbourne and lives in rural Victoria, Australia. Read Mathew's full biography. Mathew's social profiles: Twitter, Facebook, Mastodon, Instagram, LinkedIn, and Github.
« Archos And Microsoft Could Look To Team Up Soon» Taiwan’s FTC Happy With Microsoft’s Aquisition Of Nokia