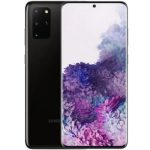 The Samsung Galaxy 20 has many custom ROMs and they are easy enough to find. If we haven’t covered them here, you can usually find them on forums like XDA Developers. For OEM ROMs though it’s a different story. Samsung doesn’t offer stock firmware from its website, so you generally have to rely on websites that offer files often locked behind paywalls that have manually scraped Samsung’s servers. However, we have a better idea.

If you don’t already know about these free Samsung firmware update tools — and you probably don’t which is why you’re here — they do exist. And they are much more reliable than downloading files from independent web blogs. You probably wouldn’t want to download the firmware from me for example if you could help it. And thanks to the free firmware update tools, you don’t have to.

SamFirm_Reborn is still the most commonly used free firmware update tool by Samsung owners. It should work as usual. However, I have read recently some people choosing to use one of its sister tools called SamFwTool with great success recently.

I have not heard of anyone using Bifrost’s Samloader since I wrote the original article some months ago now, but that doesn’t mean it isn’t being used by many every day. From what I read, there is no reason to assume it wouldn’t be as reliable as the rest.

The name Frija comes up a lot when I browse the internet and read what Samsung users are doing with firmware flashing. I have no doubt Frija is used today by countless people who are into customizing Android and need to flash firmware in the process of doing so, which often occurs when getting root access with Magisk nowadays.

In conclusion, that is how to download as many Samsung S20 OEM ROMs as possible. From what I gather, you can download the latest firmware using these free firmware updating tools as well as search for older files if you know their file names. And those looking for a specific build typically will know the file names, so that works well. There aren’t a great many of these tools in existence, but that’s because there doesn’t need to be. The ones listed above work well.

Mat Diekhake is the editor of ConsumingTech.com. He has been inseparable from the internet since Web 2.0 in 2005, and by 2008 decided on a career in IT. With a never ebbing desire to cover technology, he spends most days consumed by Windows, Linux, and Android in particular. Though he has spent innumerable hours learning consumer software in general, formally and as an autodidact, and has personally authored over 10,000 articles since 2010. He is a qualified Microsoft Windows systems administrator (MSCA). Read Mathew's full biography. Mathew's social profiles: Twitter, Facebook, Instagram, LinkedIn, and Github.
« Samsung SM-G955U Firmware (Flash File)» Samsung SM-T350 Firmware