Rooting the Android operating system is the only way to take full control of the Samsung Galaxy Note Edge and use it with administrator permissions what or what would be equivalent to running some sudo commands from a command line. Linux kernels are a very secure operating system, and they are what Android is based on. Android is too a very secure operating system, but the one area that it leaves itself vulnerable on a mobile platform is if applications are malware. Should your device come rooted out of the box, installing malware in the form of apps will be able to read your other apps potentially. That has lead Google to making the decision of cutting off your ability to use the device with root access because it was the only way to stop the malware from spreading through the rest of your apps. What phone carrier networks do and smartphone manufacturers do is very different. The carriers and manufacturers want to lock you into their environment after they change the stock Android and apply their unique skins on top. They do this because they want you using their services well and truly after you have paid for the phone.

Before you can change the skin and start running stock Android or a custom ROM with its custom skin, you need to root the Android operating system that is running on the Samsung Galaxy Note Edge smartphone. Moreover, if you want to install any of the apps that require root access to run or a custom ROM that require root access, you will also need to root the device first. Google and Android developers do not mind if people root the Android operating systems provided the people doing it have the level of expertise required to handle a device that is rooted. It means that nothing is stopping you from making the mistake of installing malware and viruses if you are not paying attention, and those issues will fall back on you. 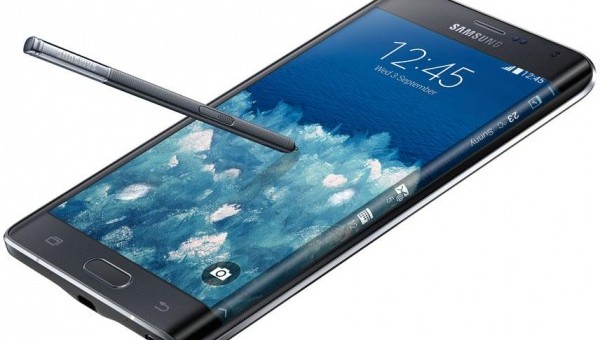 The CF-Auto-Root tool that is made for the Samsung Galaxy Note Edge smartphone with the SM-N915P model number is based on the MMB29M.N915PVPU4DPD1 firmware build number. That means Chainfire used that build number on his Note Edge with this model number when he created the rooting package that installed and enabled the SuperSU package. It does not mean that you need to be running that same build number on your Samsung Galaxy Note Edge smartphone. Chainfire just gives that information so that you can use it as an indicator. You might find that sometimes a Samsung smartphone or tablet does not boot an old image, and those are the times when you can go back and take a look at what the build number is that Chainfire gave in the details.

You need to have a computer that is running a version of the Windows operating system to use the flashing tool that is found in this guide. The Odin flashing application does not run on a MacOS or Linux distribution.

The following guide is made for the Sprint Samsung Galaxy Note Edge SM-N915P model number when it is running on the Android 6.0.1 Marshmallow software updates.

You may find some more Android software update that rolls out for the Sprint Samsung Galaxy Note Edge smartphone based on Android 6.0.1 Marshmallow updates that bring new bootloaders with them. These cases are rare because most Android software updates that bring new bootloaders with them are the larger updates that update the OS to newer versions of Android such as the jump from Android 4.4.4 KitKat and Android 5.0 Lollipop. Anyhow, the updates that do bring new bootloaders can cause the CF-Auto-Root tool stop working for a period until Chainfire updates the files. For him to be able to update the rooting files, he first needs to find out about the problem. He relies on people leaving a message on the official CF-Auto-Root thread made at the XDA-Developers website along with the new recovery image file that is found inside the new firmware files. Once Chainfire sees your message that you left along with the recovery image file, he then applies the updates to the rooting tool on his end. Those updates that Chainfire makes are always automatically reflected in our guides.

In conclusion, that is how to root Sprint Samsung Galaxy Note Edge SM-N915P smartphone when it is running on the Android 6.0.1 Marshmallow software updates using the systemless root version of the CF-Auto-Root package that is made for this device. All versions of the CF-Auto-Root tool that are based on Android Marshmallow updates are systemless which means you can still download and run all the same root applications; you can install the same custom recovery and custom ROM. Nothing of that nature changes for your rooting experience at all. The name systemless root comes into play because the way the rooting take place no longer needs to get access to the system partition.

Once you have checked the root status of your Samsung Galaxy Note Edge smartphone, you can see the things anyone can do with a rooted Android operating system that is running on the Samsung Galaxy Note Edge. Granting root access is another way of saying becoming a root user. A root user is an equivalent of using Windows operating system as an administrative user. Being a root user means you can do things like installing any of the application that you want to install, install a custom recovery and then custom ROM that doesn’t come pre-rooted, and taking complete control of your device.

There are a few things you can try to do if you used the root checker application and the root status came back negative. The first is to try to get into the recovery mode because it might not be getting into the recovery mode automatically like it is supposed to when Chainfire programs the tool. To do this, follow the rooting instructions as you would normally and then wait for the rebooting in ten seconds message to appear on the display and then when the ten seconds is up, hold down the hardware button combination for the recovery mode manually.

Moreover, should you be getting into the recovery mode fine and yet the rooting guide still isn’t making you are root user on the Sprint Samsung Galaxy Note Edge, you might prefer cutting your losses and then installing one of the other Odin flashing applications instead. There are many versions of the Odin flashing application, and each of those will work just the same if you try flashing the CF-Auto-Root tool for your smartphone. There are many reports found online that show people using one version and it not flashing the rooting files, but then using another version it did flash. Therefore, trying a few versions might be a wise way to troubleshoot your problems.

Mathew Diekhake is a certified Microsoft Systems Administrator from Australia and also the founder and editor of ConsumingTech.com. With a never ebbing desire to cover technology, he is mostly consumed by Windows, Linux, and Android. However, he has spent stacks of hours learning about a variety of computer software, both formally and informally, and has authored tens of thousands of tutorials and news articles since 2011. Mathew has obtained many Microsoft certificates and is a qualified sysadmin (MSCA). Read Mathew's full biography. Mathew's social profiles: Twitter, Facebook, Instagram, LinkedIn, Github
« Root Samsung Galaxy Note 4 SM-N915R4 on Android 6.0.1 Marshmallow» Root Samsung Galaxy Note Edge SM-N915G on Android 6.0.1 Marshmallow