Anyone wanting to get dibs on more battery life and more apps on the Samsung Galaxy Note Edge smartphone needs to root it. When browsing the Google Play Store, you get some apps that can be installed and some apps that cannot be installed because when you try to install them, it says “root required” on the display and the app will not run. In case you have not yet guessed, these are the apps that rely on you having done the hard work to root the Samsung Galaxy Note Edge smartphone before they can be run.

The way in which we root the Samsung Galaxy Note Edge is by using the same CF-Auto-Root tool that we use for many other Samsung smartphones and tablets. The difference is that the version of the CF-Auto-Root tool that we use changes, and if you flash the wrong version you will not only have a device that is not rooted, but you might also have a device that is bricked. Once everyone has installed the SuperSU application using the CF-Auto-Root tool and the Odin flashing application, it will be enabled, and all of those apps that would not install correctly before will start installing and then open when you download them. 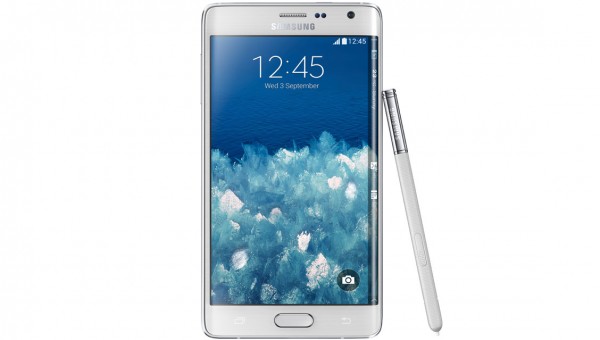 As mentioned, some of these apps can help your battery life on the Samsung Galaxy Note Edge smartphone, and some can contribute to increasing the performance of the hardware. One of the ways we can improve the battery on the Galaxy Note Edge phone is by installing the Greenify app. The Greenify application is a powerful one if you are somebody who likes to install many apps because it can quickly identify the apps that are running in the background and using up all your juice. You can use the Greenify user interface to put apps on the list of apps that you want to stop running in the background, and you will find your battery life is significantly improved.

Much like with the battery, increasing the hardware performance is not just as simple as pressing a button either. There are a few ways in which we can enhance the performance of the hardware in the Samsung Galaxy Note Edge. The first way is by installing an app like Device Control which can leave everything on the smartphone the same and just change the way your GPU or CPU is clocked. Those who are happy to remove some of the stock applications should leave the Device Control app for the experts and try something like the Titanium Backup app instead. With Titanium running we can completely uninstall all of the system apps that we do not need, and it will automatically increase the hardware performance because the apps are now using up less memory.

The CF-Auto-Root tool that is made for the Samsung Galaxy Note Edge with the SM-N915G model number when it is running on the Android 6.0.1 Marshmallow software updates is based on the MMB29M.N915GXXU1DPD4 firmware build number. You do not need to flash that MMB29M.N915GXXU1DPD4 build number on your Samsung Galaxy Note Edge smartphone before you root the device by flashing the CF-Auto-Root tool that is found in this guide.

There might be some Android software updates that roll out for the Samsung Galaxy Note Edge smartphone that is based on Android 6.0.1 Marshmallow, and they bring new bootloaders with them. The updates with the new bootloaders are rare and usually roll out for devices when they are updates to newer versions of Android completely, such as the jump from Android 4.4.4 KiKat and Android 5.0 Lollipop. However, if an update does come with a new bootloader, it can result in the device not booting after you flash the updates or the rooting file not being flashed. You can fix these issues by applying a factory reset from recovery mode or getting into download mode and then flashing an official firmware update. Chainfire also asks if people can leave the new recovery images files in a new post on the official XDA-Developers CF-Auto-Root thread so he can see your message and then apply the necessary changes to rooting file. Once Chainfire applies the changes, they are automatically reflected in our guides so you find our guide is updated at the same time. The reason for this is because we link directly back to the Chainfire repository.

Everyone can wait for the Samsung Galaxy Note Edge smartphone to reboot in the ten seconds that it said it was going to do on the display and then check that you get a pass message inside a green box coming from the Odin flashing application’s user interface. Once you see the pass message, you are then able to disconnect from the computer and the USB cable. We recommend opening up the Google Play Store application and then downloading one of the root checker applications and installing it on the smartphone before you do anything else. You will find root checker applications out there available to download for free, and it will confirm the root status of the device. Those who have root access can now find out all the things there are to do with a rooted Android operating system while those who do not can try some troubleshooting techniques instead.

Those who are ready to check out the available list of things to do with a rooted Android operating system will be able to look deeper into installing a custom recovery like Team Win’s TWRP Recovery on the Samsung Galaxy Note Edge smartphone. TWRP Recovery is the world’s most popular version of custom recovery image for people to install. Its main function is to give people the chance to backup using the NANDroid backup feature which is the only way to take a full backup without using the ADB commands from a Windows computer. Moreover, the custom recovery partition is critical to being able to install your custom ROMs and kernels since it is through the custom recovery that you must upload the files. The stock recovery partition does not give people the chance to install files because the Android developers are aware this is how people would remove the stock version of the Android operating system. Once you have a custom recovery installed you then able to install a custom ROM. Many devices have some incredible custom ROMs available such as the CyanogenMod custom ROM which can be installed, while others need to pick from the selection that third-party developers have created at the XDA-Developers website. In addition to that, you can head directly to the Google Play Store and start installing the root applications that need you to be root users to run.

Moreover, you should know that there are several versions of the Odin flashing application that have been released in the past, and any of them is fine to flash this CF-Auto-Root file on the Samsung Galaxy Note Edge smartphone. Additionally, some people have tried flashing the rooting file on a version of Odin, and it did not work so they then tried it on another version of the Odin flashing app, and it did work without having made any other changes. That tells us that sometimes you can just swap over the version of the Odin application, and it can be the difference between it working and it not working. Odin comes in many different numbers, and those numbers are the ones you want to interchange between tries. We get the Odin 3.10 by default in the rooting file by Chainfire, and you can rule that one out for next time. Try using the Odin 3.07 or the Odin 3.09 next time and see if that makes any difference.

Mathew Diekhake is a certified Microsoft Systems Administrator from Australia and also the founder and editor of ConsumingTech.com. With a never ebbing desire to cover technology, he is mostly consumed by Windows, Linux, and Android. However, he has spent stacks of hours learning about a variety of computer software, both formally and informally, and has authored tens of thousands of tutorials and news articles since 2011. Mathew has obtained many Microsoft certificates and is a qualified sysadmin (MSCA). Read Mathew's full biography. Mathew's social profiles: Twitter, Facebook, Instagram, LinkedIn, Github
« Root Samsung Galaxy Note Edge SM-N915P on Android 6.0.1 Marshmallow» Root Samsung Galaxy Note 4 SM-N910S on Android 6.0.1 Marshmallow