Rooting the Samsung Galaxy Note 4 SM-N910S running the Android 6.0.1 Marshmallow software updates will give you one of the best root apps of all: the SuperSU. People do not usually consider SuperSU as part of their best root apps for Android lists because it is the same app that we use to grant the rooting permissions most of the time. When rooting Android using anything from Chainfire, you either install the SuperSU application as a zip file from a custom recovery such as Team Win’s TWRP Recovery or you flash the CF-Auto-Root file that is made for your model number using the Odin flashing tool. For the most part, you end up with the same thing which is SuperSU installed and enabled. 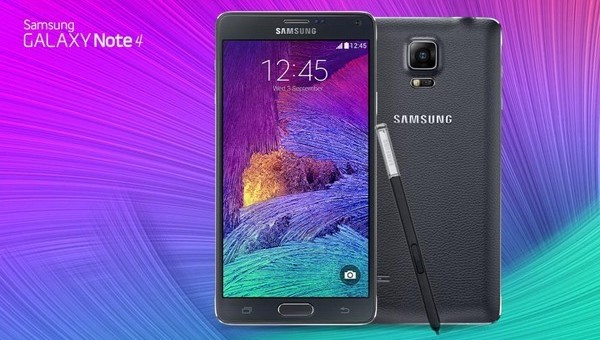 The CF-Auto-Root tool version that is available inside this guide is based on the MMB29K.N910SKSU2DPD6 firmware build number which is a firmware that is part of the Android 6.0.1 Marshmallow software updates. That software update rolled out officially to at least one area in the world, but it does not matter if it is running on your device or not because you do not need to have it running before you flash the rooting file. Chainfire just gives us the information there for when we want to use the rough period of the rooting since it is possible that some of the old Samsung images do not boot.

Note that the CF-Auto-Root tool by Chainfire does always trip Knox security of your Samsung Galaxy Note 4 smartphone comes with Knox security. Knox is there so that Samsung can keep a watchful eye on people who are flashing custom firmware or root the device because once you trip it cannot be untripped sp to speak. That means after rooting the device it always has the warranty void whereas a device without Knox can be unrooted again and the warranty works.

You must have a computer that is running a version of the Windows operating system ranging from the Windows XP version and up. The Odin flashing application that we are using to flash the rooting package on your smartphone does not work from a MacOS or Linux Distribution.

There could be some more Android software updates that roll out for the Samsung Galaxy Note 4 smartphone that is still based on Android 6.0.1 Marshmallow that bring new bootloaders with them. The new software updates that bring new bootloaders with them can stop the CF-Auto-Root tool from working. You know if you get into one of these problems because the device does not flash the rooting file, or the device does not boot at all after flashing the rooting file. The problems to your device are only temporary, and you can fix it by booting into the recovery mode and applying a factory reset or booting into the download mode and flashing a new firmware from the Odin flashing tool. For Chainfire to update the rooting package so that it starts working again, he relies on you guys to post the new recovery image files found in the new firmware creating the problems to the official CF-Auto-Root tool thread found over at the XDA-Developers web forum. Chainfire notice’s when you leave the message, read it and then apply the necessary changes to the rooting package on his end. Those changes are automatically reflected in our guides, so you know you always see the latest possible version of the CF-Auto-Root tool when you click the link in our tutorials. The reason for that is because we link our files directly back to the Chainfire CF-Auto-Root repository page.

In conclusion, that is how to Samsung Galaxy Note 4 SM-N910S smartphones when they are running on the Android 6.0.1 Marshmallow software updates by using a new systemless root version of Chainfire’s CF-Auto-Root tool. The systemless root version of the CF-Auto-Root package no longer requires any modification of the /system partition and everything is much cleaner. It was brought in because Google changed the way they do the security. In fact, the changes arrived before Marshmallow and were initially introduced by Android Lollipop updates, but Chainfire later found a way to continue rooting the devices using the most traditional method. For the most part, these finer details are kept a secret because nothing changes on your end–you are still able to install all of the same root applications that you could before and you can install a custom recovery either before or after the rooting takes place. Moreover, all of the same custom ROMs are going to run much the same way that they did before. One of the only differences that you notice is your device working better because this is a cleaner rooting experience according to the developer. It is also worth mentioning that your device now unroots easier than it did before because each time people apply a hard reset now, it results in a full unroot whereas in the older versions of the CF-Auto-Root it did not. Back in the old version of the rooting package, you would have to unroot from the SuperSU application itself, or you would have to flash one of the stock ROMs that is made for your model number using the Odin flashing application. Those days are no longer.

Checking the results of the systemless root is much the same as it were in the old days where you need to open the Google Play Store application after the Samsung Galaxy Note 4 smartphone reboots and then search for the basic root checker app–a free root checker that will gladly help you check the root status of your phone without you having to pay. However, there is a paid version of the same root checker app available which can unlock some additional features if you find them interesting enough.

Once you have checked the root status of your Samsung Galaxy Note 4 smartphone, you are ready to go either one of two ways: check out all the things one can do when the Android operating system is rooted or see what people can do to solve the problems you are facing. Those of you checking out everything the root user on the Android operating system can do will be pleased to learn that it is mostly about installing the root requiring applications that are excellent but not available to be installed before. Often it is the most powerful apps out there available to install which cannot run unless people are root users. That is the fundamental reason as to why the best solutions for backing up come in the form of applications that require root access to run, and there is no comparison between the apps available for backing up for rooted and non-rooted users. The clear winner here is the Titanium backup application which can only run on a rooted Android operating system like you have now.

Those of you who did not manage to root the Samsung Galaxy Note 4 correctly can try a few things before giving up. Chainfire states that each device needs to get into the recovery mode during the flashing of the CF-Auto-Root tool or else the device did not end up with the SuperSU installed and enabled correctly. So, that also equals one of the most common reasons as to why people find the SuperSU is installed, but it is not granting the root access as it should. You can fix this by pressing the hardware button combination for the recovery mode as soon as the device reboots for the last time during the rooting so that it boots into the recovery mode and not the normal mode. The key here lies in the timing as it is quite hard to nail given that the systemless root version now boots loops a few times during the rooting process. However, it can still be easily identified by observing the text on the Samsung Galaxy Note 4’s display that lets you know when it is going to reboot in ten seconds–that is the last time and the official time when you want to look out for to hold your button combination.

Mathew Diekhake is a certified Microsoft Systems Administrator from Australia and also the founder and editor of ConsumingTech.com. With a never ebbing desire to cover technology, he is mostly consumed by Windows, Linux, and Android. However, he has spent stacks of hours learning about a variety of computer software, both formally and informally, and has authored tens of thousands of tutorials and news articles since 2011. Mathew has obtained many Microsoft certificates and is a qualified sysadmin (MSCA). Read Mathew's full biography. Mathew's social profiles: Twitter, Facebook, Instagram, LinkedIn, Github
« Root Samsung Galaxy Note Edge SM-N915G on Android 6.0.1 Marshmallow» Root Samsung Galaxy Note 4 SM-N910R4 on Android 6.0.1 Marshmallow