As markets continue to grow, the world of operating systems continues to change. If you look at Windows, for example, the operating system is much different today than it was a decade ago. The biggest difference? You have a lot more ways that you can customize it. Instead of it having just the one setting for a feature, it has a few settings that you can choose from for most things.

With more and more people around the world starting to use tech, it’s likely that we get to keep much of what we are seeing today in terms of customization options so that people can have an operating system, and software in general, that better suits their needs. 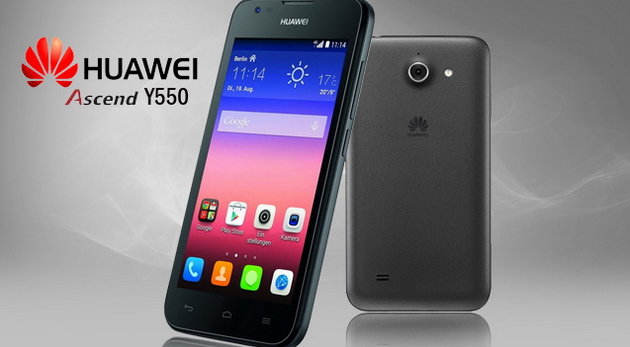 Outside of the desktop computer, the mobile operating systems are starting to deliver in this area, too. The Android operating system, in particular, allows for lots of customizing to be done. The only difference is the customizing doesn’t come from the default settings you get with the ROM; you need to start taking advantage of Android being operating source software and install root applications or custom ROMs.

Before you can start installing custom ROMs, you’ll need to either get root access to the device or install a custom recovery image. If you want a root application to do most of the ROM checking and flashing for you then you can do it that way, or if you want to flash the custom ROM files yourself, you can achieve that by booting into the custom recovery and flashing the unsigned zip from the interface, as you would with rooting files such as SuperSU.

This is what you need to install TWRP Recovery on the Huawei Ascend Y550 smartphones.

How to Install TWRP Recovery on Huawei Ascend Y550 Smartphones

2. You need to have the platform-tools part of the Android SDK on your computer. From the download link scroll down until you get to the command line tools section and then download the package that is made for your operating system.

3. Once you have the SDK Manager on your computer, check the box only for the platform-tools, so you end up with the adb and fastboot binaries installed on the computer. (You could also install the drivers from there as well if you wanted.)

5. Connect the Huawei Ascend Y550 smartphone to the computer by using the USB cable that it comes with.

6. Now on the computer open the Command Prompt and type the adb reboot bootloader command and hit “Enter” on your keyboard to get the Huawei Ascend Y550 smartphone into the bootloader mode and ready for the flashing.

7. Make sure you have copied the TWRP image file to the same folder as the adb and fastboot binaries. Also when you’re there, change the name of the TWRP to “twrp.img” by right-clicking the mouse pointer on it and selecting the “Rename” option from the menu.

8. From the command line type the fastboot flash recovery twrp.imgcommand and hit “Enter” on your keyboard to flash the custom recovery.

9. Lastly type the fastboot reboot command and as soon as the Huawei Ascend Y550 smartphone reboots, hold down the key combination to boot directly into the recovery mode. (If you don’t sometimes the stock recovery will wipe over the custom recovery you just installed.)

The custom recovery image for the Huawei Ascend Y550 smartphone is now installed, and you are ready to boot into recovery mode and start flashing the custom ROM or rooting zip files.

Mat Diekhake is the editor of ConsumingTech.com. He has been inseparable from the internet since Web 2.0 in 2005, and by 2008 decided on a career in IT. With a never-ebbing desire to cover technology, he spends most days consumed by Windows, Linux, and Android in particular. Though he has spent innumerable hours learning consumer software in general, formally and as an autodidact, and has personally authored over 10,000 articles since 2010. He is a qualified Microsoft Windows systems administrator (MSCA). Read Mathew's full biography. Mathew's social profiles: Twitter, Facebook, Instagram, LinkedIn, and Github.
« Install TWRP Recovery on Huawei G510» Install TWRP Recovery on Lenovo P2a42