How to Download HTC One X9 USB Drivers for Windows PC

If you have a smartphone or tablet that runs on the Android operating system the Windows computer needs to have the OEM USB Drivers installed on it before it can connect. Don’t expect to be able to transfer data without the drivers installed because it won’t happen. The great news is that the Windows operating system is programmed to try to handle the driver installations for you, so you don’t have to worry about it. That is why many of you will have already tried connecting to the computer with the USB cable and had no issues with transferring data.

However, there will be times when it isn’t working. What’s more, there are times when you want to use applications and programs on the computer running Windows that cannot understand the device you are trying to connect. Both of those occasions require you to install the USB Drivers manually instead. Koushik Dutta has developed the Universal Windows ADB Driver that works well for all of the traditional smartphone OEMs and manufacturers in the world, and one of them is the HTC brand. The Universal ADB Driver installs the HTC One X9 smartphone USB Drivers on the computer so you can always transfer data and get your phone identified by any apps and programs. 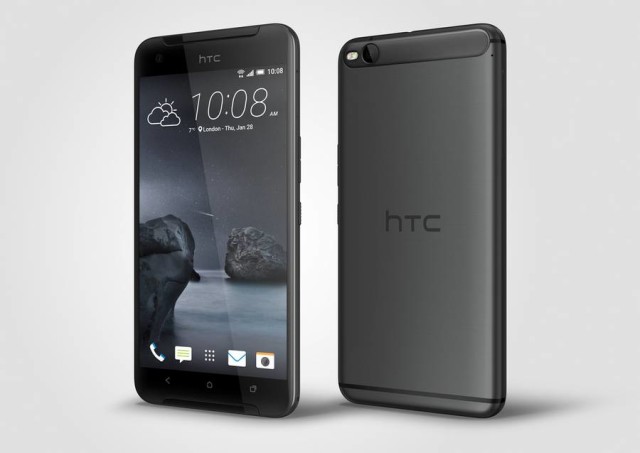 Downloading the HTC One X9 USB Drivers for Windows PCs

1. Download the Universal Windows ADB Driver on the computer and then open it up once the download completes so you can begin the setup wizard.

2. The ADB Driver setup wizard now gives you the opportunity to choose where you want the file to be stored when it’s on the computer. You can click on the Browse button and choose a new folder or leave it as the default folder which is the Program Files.

3. Directly beneath that on the same screen is the chance to choose whether you would like to share the driver with all accounts that are created on the computer for other people or to just keep it restricted to your account.

4. Click on the Next button at the bottom to proceed.

5. Confirm you do want the Universal ADB Driver installed on the computer from the following screen by clicking on the Next button once again.

6. Wait for the progress bar featured in blue to reach the other side of the screen, and that is when you know the ADB Driver is installed on the computer running on a version of Microsoft’s Windows operating system.

7. Click on the Close button when you can see the Installation Complete screen.

In conclusion, that is how to download and install the Universal Windows ADB Driver that installs the HTC One X9 USB Drivers on the computer that is running on Windows.

in Tutorials No Comments Tags: HTC One X9, USB Drivers

Mathew Diekhake is a certified Microsoft systems administrator from Australia and also the editor of ConsumingTech.com. With a never ebbing desire to cover technology, he spends most days consumed by Windows, Linux, and Android in particular; however, he has spent innumerable hours learning consumer tech software in general, formally and as an autodidact, and has authored tens of thousands of tutorials and news articles since 2011. Mathew has obtained numerous Microsoft certificates and is a qualified sysadmin (MSCA). Read Mathew's full biography. Mathew's social profiles: Twitter, Facebook, Instagram, LinkedIn, Github, Reddit.
« How to Download HTC One M9s USB Drivers for Windows PC» How to Download HTC Desire 625 USB Drivers for Windows PC