We have seen significant shifts in recent time in the media industry where no longer is the online world dominated by just a select few publications each with tens of millions of subscribers. Now the internet is a lot more niche, and many publications are being added to the distinguished lists each that go by us. That is a great thing for people like you guys—the readers—because it means you can become a subscriber to more stuff that is being covered by writers that do nothing but write about that stuff every day which makes them experts on the topic more than another writer would be who was just writing about something new every day. A significant publication often struggles knowing niche areas and issues well enough to fulfill enthusiasts indeed in a particular field. For example, it would be a shame if the only Android news an Android fan got to read was what CNN wrote about today. Instead, you can subscrib to sites like Android Forums, Android Authority, Android Police and have a magnificent time reading what they do. 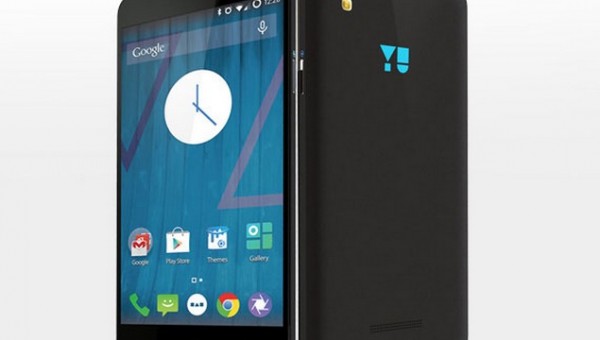 Nowadays the business of custom ROMs is huge, and there are real companies developing custom ROMs to be run on the device. The CyanogenMod team now have the Cyanogen Inc. and there is plenty more competition following them.

The MIUI v7.5 Global Stable version custom ROM is now out for the Yu Yureka smartphone and with it, people can run their favorite versions of MIUI on the Yu smartphone. Although Xiaomi is not China’s leading smartphone manufacturer anymore, the MIUI software is still sought after by many people. The custom ROM in this post comes with all of the MIUI 7 features. Not only that but as the name suggests, this is the global stable version which is as stable as a ROM gets—something that many people worry about when installing a custom ROM on a smartphone or tablet.

The Turbo ROM custom ROM is an excellent choice for anyone wanting more features. The name suggests that the custom ROM is likely more geared toward being incredibly light weight and having superior speed, but in truth it has many features built into the ROM and on top of the original Android Open Source Project work. For those who aren’t aware, the Android Open Source Project is often referred to as the AOSP for short, and it is like having a ROM running on a smartphone that is pure Android and before any phone carrier network or manufacturers alters it with their stock apps and skins.

The IzerHD custom ROM is completely independent and developed out of India. The developer’s intentions were to give people a purer version of Android, and then on top of that, give people the best multimedia apps possible. It’s an interesting ROM that borrows many of its features from the Sony Xperia Z3 smartphone. Although the developer states that he wanted to give people a ROM based on Google’s work, this ROM is not based on the Android Open Source Project that people know simply as AOSP. Instead, it based off of the work from CyanogenMod 12.1, Mokee Android 5.1.1 and the stock Android 5.1.1 ROM by Android.

EMUI marks another Android 6.0.1 Marshmallow-based custom ROM for you to try out on the Yu Yureka smartphone. If there is one downside to this EMUI ROM, it is that it is in its testing stages still and not the kind of ROM you want to be installed on your work smartphone.

The ColorOS custom ROM for the Yu Yureka smartphone is now out and based on the Android 5.1.1 Lollipop update. It offers new features that you do not get anywhere else and lots of color like the name suggests. Although it is a colorful ROM, it’s not aimed at kids. The ColorOS also comes pre-rooted with SuperSU being installed and enabled. The SuperSU being enabled correctly is the most popular way to root Android, and it means you can get access to loads of more apps mainly available from the Google Play Store.

PAC-Man ROMs are one of our personal favorite custom ROMs. The version here is an unofficial version which means the real developers of the PAC-Man ROMs didn’t create it for this device. Instead, it has been ported from another device which the team did make it for. No ROM has ported across without testing that it works, but it still isn’t as nice as the real deal. Moreover, the PAC-Man version here is in its beta stages (and early Beta stages at that). Knowing this about the ROMs, it is hard to recommend people to install this ROM unless they just want to check it out on a rainy day. Traditionally speaking, PAC-Man ROMs are a mixture of the work from Paranoid Android, AOKP and CyanogenMod hence the name PAC. The result is many of the best parts of each of those names joined into the one ROM making it pretty unique. However, when you have a ROM that has as many features as the PAM-Man ROMs usually do, they can run heavier than average. That is why the PAC-Man ROM is best installed on the device that has good hardware.

Mathew is a qualified Microsoft Windows systems administrator (MCSA) who has covered OSs, browsers, the internet, and related tech since 2011. He is the founder and editor of ConsumingTech.com and is a freelance tech writer for various publications around the Web. Mathew graduated from DDLS Melbourne (now Lumify) in 2011. He grew up in Melbourne and lives in rural Victoria, Australia. Read Mathew's full biography. Mathew's social profiles: Twitter, Facebook, Mastodon, Instagram, LinkedIn, and GitHub.
« Custom ROMs for Samsung Galaxy A5 (SM-A500) [List]» Custom ROMs for T-Mobile Samsung Galaxy S3 [List]