Yu Yunqiue smartphones are impressive devices in their own right, but many owners still want to swap the ROM that comes stock on the device for a custom version. Many people choose to install custom ROMs, in general, to install the latest version of Android since the over the air updates for the stock ROM eventually stop when these companies anticipate its time for you to buy a new device.

Moreover, people install custom ROMs because they enjoy Android and are aware of the third-party developers out there who work very hard every day to create custom ROMs for people just like them to enjoy. The custom ROMs almost always come with unique features that separate themselves not only from the original ROM that comes on a device when people first open it out of the box but also in comparison to the other custom ROMs also. That gives people the chance to find a new ROM that suits their wants, needs, desires and lifestyle. 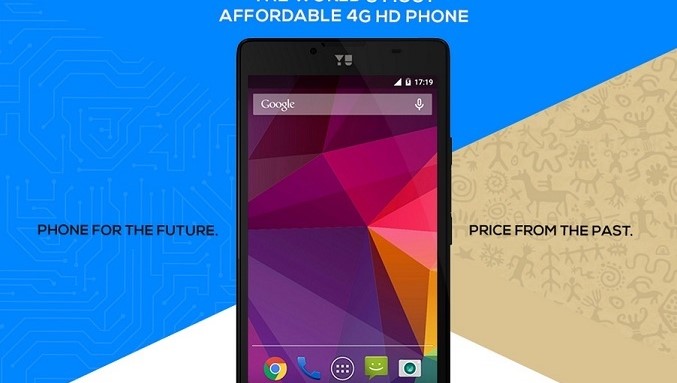 The CyanogenMod 13 custom ROM is the best custom ROM for the Yu Yunique smartphone according to the Majority of users. People love what the CyanogenMod team bring to the table. The features are hard to come by online because the team of developers doesn’t see any point in sharing the features that come in their ROMs. Instead, they prefer you installing the ROM to find out. That’s not a tactic we agree with as writers who spend all day trying to give people useful information, but it is also true that as long as you have a good product you can give appalling service and people will still use it.

Features: based on Android 6.0.1 Marshmallow, all the usual features that come with CyanogenMod 13 custom ROMs.

While it is true that the Orion OS custom ROM isn’t being installed by oodles of people in comparisons to some of the other custom ROMs that are available for the Yu Yunqiue smartphone, it deserves to get on the list because it is the official version of the Orion OS ROM and probably deserves more downloads that it currently has according to the stats. It has its custom kernel, and it runs silky smooth thanks to the Uber toolchain that the ROM is built on.

The Zephyr OS custom ROM is a newer custom ROM that is available for a few smartphones but not as many as some of the other more well-known ROMs like Resurrection Remix, CyanogenModMod or probably even Orion for that matter. However, the Zephyr ROMs are excellent and well worth checking out if you want to be running something different that you would almost be sure that your friends were not running. The Zephyr team have a focus on creating new features and a new design that you will not get from any other ROM.

There are many custom ROMs that are based on AOSP builds, but seldom do we get the chance to run a pure AOSP custom ROM from a direct download link without having to install ROMs that come with many other features. AOSP is an acronym for the Android Open Source Project, and when you run one of these ROMs it means you are running Android in its purest form—the way Android developers created Android before your smartphone carrier networks and phone manufacturers get to it and put their own unqiue spin on it which ends up being vastly different to the pure Android. Sometimes we are given chances to run Android that is very close to stock, but to try pure Android you want to be running the AOSP ROMs.

The Temasek V5.2 custom ROM is based on Android 6.0.1 Marshmallow and represents an unofficial version of the CyanogenMod 13 custom ROM. You can find heaps of features working in this custom ROM including the WiFi, touchscreen, brightness, audio, Bluetooth, storage and loads more. You can also read the comments from the download link to see what isn’t working since the developer has asked for people to leave comments and tell him what isn’t working if there is anything that isn’t working.

The Cardinal-AOSP custom ROM was originally based on the AOSPB and then according to to the team themselves they changed their mind and decided on basing it on AOSP-RRO. You don’t have to take our word for it as this information is also available on the page after you click on the download link for the Cardinal ROM. Like one of the other custom ROMs that we have already spent lots of time covering in this guide above, the Cardinal custom ROM is based on the Uber toolchain which provides full support for layers and uber optimizations, while remaining very pure. If you didn’t already know, the AOSP ROMs are the purest forms of Android—that means the versions of Android that the real Android developers wanted you running before the phone carrier networks and OEM or manufacturers put their spin on things.

Mathew is a qualified Microsoft Windows systems administrator (MCSA) who has covered OSs, browsers, the internet, and related tech since 2011. He is the founder and editor of ConsumingTech.com and is a freelance tech writer for various publications around the Web. Mathew graduated from DDLS Melbourne (now Lumify). He grew up in Melbourne and lives in rural Victoria, Australia. Read Mathew's full biography. Mathew's social profiles: Twitter, Facebook, Mastodon, Instagram, LinkedIn, and Github.
« Custom ROMs for AT&T LG G2 [List]» Custom ROMs for Sony Xperia Z5 [List]