The Sony Xperia Z5 smartphone now has its unique collection of custom ROMs for people to install should they ever get the urge to step away from the stock version of Android they are running that originally was on the device after opening it up out of the box or that was installed after they accepted on over the air update/flashed the ROM manually with a computer.

A custom ROM can often have different goals depending on who is making the custom ROM itself. Some developers want to create a custom ROM that is incredibly fast and can allow people to be more productive while others are more focusses on offering people the maximum amount of features one could ever ask for in a new ROM. One of the reasons there is a multitude of third-party developers creating these custom ROM is because they all want to offer people something different which the allows people to be running a ROM that more suits their unique wants and needs which is something that a stock version of Android that is developed for a larger audience of millions of people around the world cannot do. 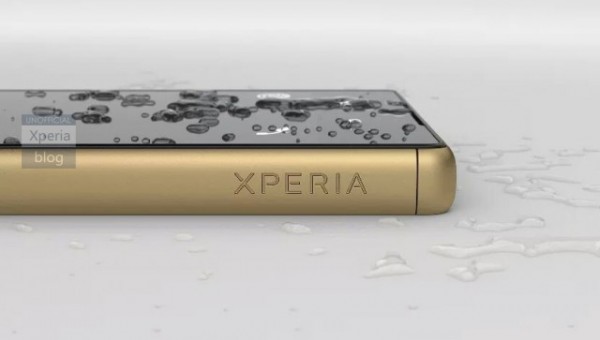 The Xperia X ROM is available for many model number variants of the Sony Xperia Z5 smartphone and it also works on the Z5P smartphones also. The Xperia X custom ROM is based on the work from the SlimX ROM. The ROM is based on the Android 6.0.1 Marshmallow software updates which up until today (the release of Android 7.0 Nougat officially) was the latest version of Android available to run on any device unless you consider some of the Google Nexus devices that had the Android Nougat developer preview builds available for installation. One of the great features to do with this ROM is that it comes with the systemless root already built in. The systemless root is just like any other root that allows you to run the root apps but if gets its name from no longer running through the system partition. It’s name is always associated with Chainfire’s SuperSU which means that you will end up with SuperSU installed. Moreover, even though this isn’t Android Nougat it does come with the Android Nougat emojis which is at least come consolation.

The SlimPie AROMA installer comes with some kernels and mods and is based on the stock Android 6.0.1 Marshmallow software updates. The ROM is a stable version and will work well on your daily smartphone. The SlimPie custom ROM isn’t one of the most downloaded custom ROMs for the Sony Xperia Z5 smartphone, but it is still worth a mention on the list. Many ROMs use the work from SlimPie.

Features: based on the Android 6.0.1 Marshmallow software updates, deodexed, zipaligned, your choice of which kernel to run (stock, Androplus v34, Sun v224_I.1_2_12).

One of the more interesting blends out there for ROM choices, Paranoid Android and AOSP have come together to form the AOSPA based on the Android 6.0 Marshmallow software updates. Paranoid Android ROMs are excellent ROMs but they get some criticism for running a bit too heavy sometimes. That is understandable given that Paranoid Android ROMS have so many features. The AOSP stands for the Android Open Source Project and is essentially the purest form of Android that anything can run. It is Android before anyone has added anything to it and AOSP by itself is an attractive operating system to have running for many people. It makes the perfect base for the Paranoid Android custom ROM on the Sony Xperia Z5 smartphone.

Features: based on the Android 6.0.1 Marshmallow software updates, based on AOSP.

The AOSP SABERMOD is another Android Open Source Project ROM that is based on the same code as the one above that included the work from the Paranoid Android team.

The Omni ROM is based from the same Saber builds as some of the others above and it is still based on the work from the Android Open Source Project. Like most of the others on the list, the Omni ROM is based on the Android 6.0 Marshmallow software updates. The Saber builds that we have here in this post are always representing unofficial custom ROMs as a pose to the official builds. The official versions might come out eventually in time and when the official Android updates stop rolling out to the device over the air.

Another Saber build, the SlimROM Slim 6 custom ROM is now available for the Sony Xperia Z5 smartphone and it is installed on at least a few thousand smartphones at the time of writing this blurb. Like so many others, it too is based on the Android 6.0 Marshmallow software update and offer a chance to check it out if you don’t have the stock ROM updated to Android 6.0.1 Marshmallow. Even when the official stock ROM does roll out and the reason for installing a custom ROM is no longer about updating ot newer versions of Android like it was before, there are still plenty of reasons ot run this ROM. Think about how lightening quick it will be without all of the those Sony system apps for one.

Most people need no introductions to the work from the CyanogenMod team since they create what are know as the most popular custom ROMs in the world to date. Not only that but even OEMs and smartphone manufacturers are choosing to run the CyanogenMod ROM as stock instead of the Android ROM which just goes to show the level of popularity they have had. Usually installing a custom ROM is a bitter afterthought for the mainstream people who usually like to keep their faith in what official Android developers have to offer even if it is skinned on top of that by the manufacturers without them knowing any better. CyanogenMod don’t do a great job of letting people know what features are available in their ROMs though so you usually need ot install them ot find out.

Features: based on the Android 6.0.1 Marshmallow software updates, unofficial CyanogenMod based on the Saber builds work.

Mathew is a qualified Microsoft Windows systems administrator (MCSA) who has covered OSs, browsers, the internet, and related tech since 2011. He is the founder and editor of ConsumingTech.com and is a freelance tech writer for various publications around the Web. Mathew graduated from DDLS Melbourne (now Lumify) in 2011. He grew up in Melbourne and lives in rural Victoria, Australia. Read Mathew's full biography. Mathew's social profiles: Twitter, Facebook, Mastodon, Instagram, LinkedIn, and GitHub.
« Custom ROMs for Yu Yunique [List]» Custom ROMs for Samsung Galaxy A5 (SM-A500) [List]