The second-generation Motorola Moto E smartphone is now coming toward the end of the official Android software update stages, so it is time to check out some custom ROMs that are made for the device. The Moto E has just about as many custom ROMs available to install as any other device. It is not hard to understand why that is (they are a great phones and excellent value for money that don’t put a hole in the pocket so when it comes to taking small risks people don’t mind).

There are plenty of reasons why people want to install custom ROMs, and there are also reasons why people don’t want to install custom ROMs. Just like most things in life people will have different opinions and another person might not be the same as yours. For example, if you think that installing a new ROM on the smartphone is a risk well worth taking there will almost inevitably be at least someone else out there somewhere who thinks it’s a terrible idea. Such is life, and all you need to do is make your mind up yourself about what you would prefer once you have the facts. 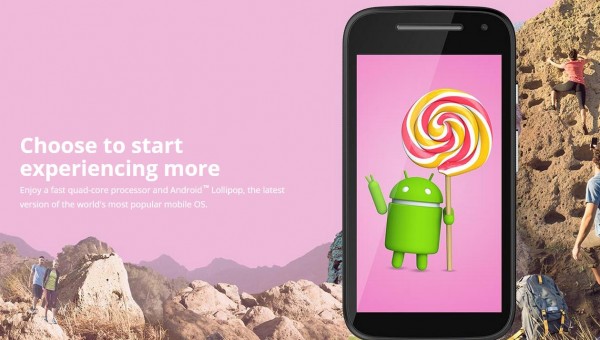 The main reasons for installing a custom ROM and swapping the stock Android ROM over include updating the device to new versions of Android, replacing the Manufacturer skin with a stock version of Android (ironically), getting rid of the bloatware, configure app permissions, and loads of additional features and tweaks. Conversely, the reasons people don’t want anything to do with installing custom ROMs include bugs and hardware issues that can lead to bricked devices. Although it is rare, there are sometimes bricked phones that cannot be unbricked, so it’s always best to install custom ROMs when you know you can afford another phone should the worse case scenario ever happen. There are also some people out there who argue that installing a custom ROM is going to make the battery not last as long. While it is true that the battery might not be as optimized initially, a custom ROM is usually better for the battery because they often come with the bloatware removed and with additional memory free. That means the battery has to work less hard than it originally did and it then lasts longer.

Not all ROMs will necessarily work for each model number version of the Motorola Moto E 2015 smartphone. You can find out what model number the ROMs are for after clicking on the download links that are available in the posts. ROM threads from XDA-Developers that do not have any model numbers for the titles and first posts usually mean that it can be installed on any model.

The Vanir AOSP custom ROM is also available for the first-generation Motorola Moto E smartphone, and it is one of the most popular ROMs out there for the Moro E’s to install. The Vanity ROM in this guide is the official version, and it is based on the Android 6.0.1 Marshmallow software update. With Android Nougat still only available as a developer preview build on some Google Nexus devices, the Android 6.0.1 Marshmallow remains the latest software update you can install. The team from Vanir are building a strong community of developers, and they have great unique features that you won’t find in any other ROM.

Most people are well aware of the CrDroid custom ROMs these days, and that is because they are quality ROMs. The version in this post is the official version and based on Android Lollipop. CrDroid custom ROMs are based on the work from team CyanogenMod and then modified by adding their features on top of what CyanogenMod produce as the base. The team from CrDroid focus on creating a ROM that offers more reliability and performance than the stock ROM.

Features: based on Android 5.1 Lollipop, based on CyanogenMod.

The Android Ice Cold Project is another custom ROM that is available for the Motorola Moto E 2015 smartphone. The AICP in this post is a nightlies build, and it is the official build made by the real team for the device. The AICP custom ROM is based on the Android 6.0.1 Marshmallow software updates. The AICP ROM started on the HTC Desire smartphone and then did the works on many others because it is one of the best custom ROMs in the world. The build here for the second-generation Moto E is also one you want to check out if you aren’t sold on any of the others.

The Zephyr custom ROM for the second-generation Motorola Moto E smartphone is great if you want to test out some new features and a new design that is completely original.

Flyme is a custom ROM that is the same ROM that Meizu uses on their devices, so if you like the Meizu ROM, then you will also enjoy this one. The Flyme custom ROM is based on the Android 5.1 Lollipop software update.

Features: the same as the Meizu stock ROM that is based on Android 5.1 Lollipop.

The Mokee custom ROM is developed out of China and the version in this post is based on Android 5.1.1 Lollipop software updates. Mokee makes great ROMs that are available for all sorts of Motorola smartphones and also devices from other brands too. Mokee makes a living from creating ROMs that are based on Google Android Open Source Project. The Mokee ROM is open source which means that anybody who thinks they can make a quality contribution can join the team and create it.

Features: Listview animation, Update over the air, Intelligent control settings, Settings for Statusbar, Settings to add speed data network, Settings for the navigation bar, information integrated into MokeeCenter, boot animation own, Some icons and own layouts and loads more.

Mathew is a qualified Microsoft Windows systems administrator (MCSA) who has covered OSs, browsers, the internet, and related tech since 2011. He is the founder and editor of ConsumingTech.com and is a freelance tech writer for various publications around the Web. Mathew graduated from DDLS Melbourne (now Lumify). He grew up in Melbourne and lives in rural Victoria, Australia. Read Mathew's full biography. Mathew's social profiles: Twitter, Facebook, Mastodon, Instagram, LinkedIn, and Github.
« Custom ROMs for LG G2 [List]» Custom ROMs for AT&T LG G2 [List]