The Xiaomi Redmi 3S smartphone is a budget smartphone really popular on the other side of the world. What initially started off as a brand that was a blatant rip-off of Apple smartphones has now managed to flourish and almost be the next Apple for people around Asia. One of the ways they’ve managed to achieve that is with the Redmi smartphones. The Redmi 3S smartphone comes with the Qualcomm Snapdragon 430 SoC, which is enough power to run some of the best custom ROMs in the world. All you need to do is find out how to install them.

Some of the custom ROMs available for the Xiaomi Redmi 3S smartphone might require certain instructions that you need to follow to have them installed correctly. Any information about the installation of the ROMs is going to be listed on the download page to the XDA-Developers thread that is available for it. Sometimes a custom ROM needs to have a particular custom recovery image installed on it for a ROM to work, but the Redmi 3S only has the TWRP custom recovery image available at the moment, so you don’t need to worry about that. 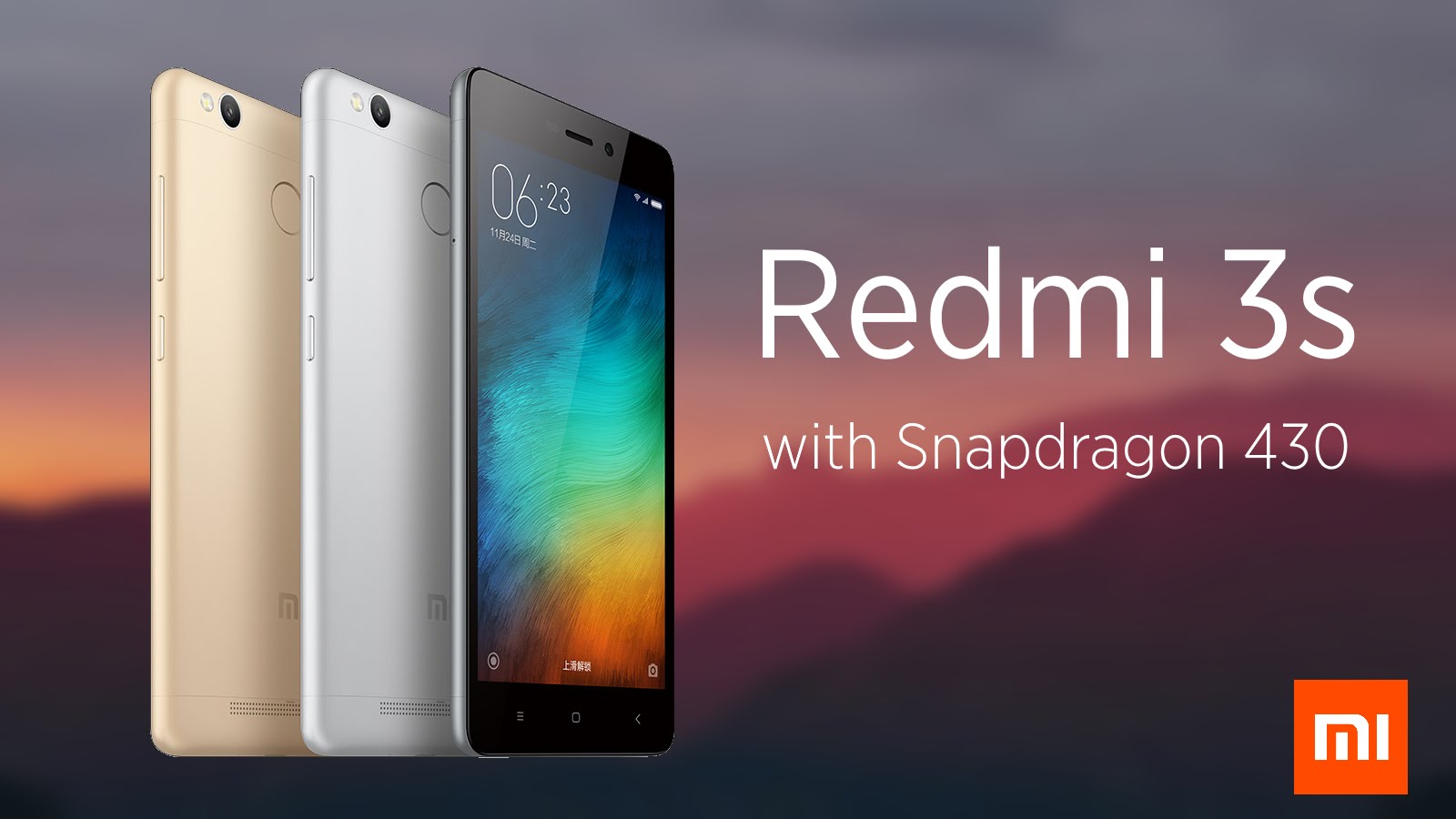 A brand new custom ROM for the Xiaomi Redmi 3, the Android Open Kang Project is based on the LineageOS custom ROM and Android 6.0.1 Marshmallow. Android 6.0.1 Marshmallow certainly isn’t the latest version of the Android operating system available to date (that title goes to the Android 7.1.1 Nougat software update), but Android Marshmallow is still running on more devices than Nougat. The Android Open Kang Project, otherwise known as AOKP ROMs, are based on a few high-end custom ROMs. The unicorn that is featured in the logo is also featured in other great ROMs because AOKP is so good.

You should factory reset the Redmi 3 and wipe the data before installing this custom ROM. Then, you want to format the system, format the cache and format the Dalvik cache. After that it when you can install the AOKP ROM on your smartphone by using the custom recovery image. You can also install an appropriate Google Apps package that works for Marshmallow after the ROM is installed first. You can see the full list of instructions from the download link which links through to the official XDA-Developers thread that is made for this custom ROM.

Much more of an independent ROM, the Marsh ROM is based on the Android 6.0.1 Marshmallow software update as well. However, unlike the Android Open Kang Project custom ROM above, this one is not based one LineageOS but rather the older CyanogenMod 13. (CyanogenMod 13 is the CM builds that were based on Marshmallow. There were never any official CyanogenMod builds based on Nougat because they broke up as a company and stopped making ROMs by then. If you want to try LineageOS-based ROM, then you should look elsewhere.)

The Marsh ROM stands for custom ROM based on Marshmallow. Even though it is an independent ROM made by a small team, this is a stable ROM that you can install, meaning it should give you many problems at all and should even be fine to use on your daily device. A word of warning though: there are not many downloads accumulated with this ROM which usually means it isn’t going to be very good.

To fill you in on exactly what you are missing between Android 6.0 and Android 6.0.1, the latter comes with new Unicode emoji support, descriptions now come with the USB connections, the Google Pixel C gets a new navigation bar and everyone can now double-tap on the power button to open up the camera application and start taking photos. If you put that next to the hundred and something features you get when you install Resurrection Remix, you can understand why it not being updated to Android 6.0.1 isn’t such a big deal. There’s one other thing too: this is an official version of the resurrection remix custom ROM.

The crDroid custom ROM for the Redmi 3 smartphone is another one that is based on the Android 6.0.1 Marshmallow software update. There isn’t as much uniqueness that comes your way when you install crDroid in comparison to other custom ROMs out there, but that wasn’t what it was desired for by its developers. This one is meant for the best performance and reliability.

The crDroid custom ROM for the Redmi 3 smartphone that is on offer here is a stable version. When you couple that with the fact that its main purpose was to provide stability, then you know you can install this one over most other options if you need a reliable operating system. What’s more, the crDroid ROMs are mainly based on CyanogenMod (still CyanogenMod and not LineageOS for this particular ROM), but it also has received contributions from many other brands out there too. Some of those other developers that have worked on this ROM include the guys from Paranoid Android, Slim ROMs, Temasek, the CyanogenMod team and a couple of other guys like the Omni team and Jar2105/HridayHS.

LineageOS is the second-coming of the CyanogenMod custom ROM. Since CyanogenMod isn’t around anymore, it is typically Lineage that most custom ROMs use for their sources. This isn’t just a custom ROM based on LineageOS sources, though. This is the official LineageOS custom ROM for the Xiaomi Redmi 3 smartphone that you can install.

The download page suggests that this custom ROM should also be updated to the latest version of Android Marshmallow possible which is the Android 6.0.1 update. You don’t get to know any of the features still with these ROMs. The CyanaogenMod team has never felt the need to let people know what features any of their ROMs have, and in my opinion, that was one of their massive failures. If you want to know what is inside a LineageOS custom ROM you need to install it for yourself (and hope that you can see all of the features or keep using it for at least a year, and maybe then you’ll have picked up on them all.)

If you thought that the Tipsy custom ROM wasn’t going to be something to do with drinking, you’d be wrong! According to the logo available from the download page, it is, in fact, all to do with drinking. Still, not much real drinking will ever be done from a custom ROM anytime soon. So, what does this Tipsy ROM have to offer then?

It’s hard to say what the analogy is meant to be; the ROM apparently is “slim” — meaning lightweight and reduced of bloatware. Additionally, there are also quite a few new features. But the key features of this ROM are much like the LineageOS: it is high on stability and performance. Most ROMs are high on stability and performance though so it would’ve been nice for the developer to list what some of the unique features are and what makes it appealing over other ROMs. He hasn’t, and subsequently, this ROM probably won’t receive as many downloads as most of the others.

If you are going to install this Android 7.1.1 version of the Resurrection Remix custom ROM over the Android 6.0.1 version, then you are going to want to know what features Android has on offer between the two software updates. Some of the main features include the chance to now display color calibration, the chance to screen zoom, you can double tap in overview button to switch the apps you are using, a new emergency information section, file browser improvements, multi-window support, notification sheets have replaced the notification cards, more options available from the Quick Settings, Just In Time with ART, a daytime virtual reality interface so it is now compatible with virtual reality, DayDream VR mode, new emoji support, heaps of new developer features, the chance to send GIFs from the default Android keyboard and still loads more.

A hexagon has six sides. The hexagon ROM could potentially have six sides if you count up the fact that it is based on the CyanogenMod, DroidOS, Slim ROM, Omni ROM, Travel, and AICP. Overall though, the Hexagon custom ROM relies mainly on the CyanogenMod sources. You get features that are a combination from the ROMs mentioned, and all the same stability that you would come to expect from CyanogenMod.

Mat Diekhake is the editor of ConsumingTech.com. He has been inseparable from the internet since Web 2.0 in 2005, and by 2008 decided on a career in IT. With a never-ebbing desire to cover technology, he spends most days consumed by Windows, Linux, and Android in particular. Though he has spent innumerable hours learning consumer software in general, formally and as an autodidact, and has personally authored over 10,000 articles since 2010. He is a qualified Microsoft Windows systems administrator (MSCA). Read Mathew's full biography. Mathew's social profiles: Twitter, Facebook, Instagram, LinkedIn, and Github.
« Best Custom ROMs for Yu Yuphoria» Best Custom ROMs for Xiaomi Redmi 3