The Yu Yuphoria is an exciting smartphone that comes powered by CyanogenOS. Before CyanogenMod was no longer a company—or making custom ROMs at all—they were such a big deal that even manufacturers were requesting to run it as a ROM instead of the real Android operating system. Yu was one of them, and that’s what you have here with the stock version of CyanogenOS that it comes with out of the box.

That said, just because you technically have a custom ROM running on the smartphone already doesn’t mean you can’t commit to swapping it over for a different ROM. There are in fact heaps of good custom ROMs out there that have either been officially made or unofficially ported over from other devices by reliable developers. And yet, there doesn’t seem to be very many Yu Yuphoria owners choosing to install them. 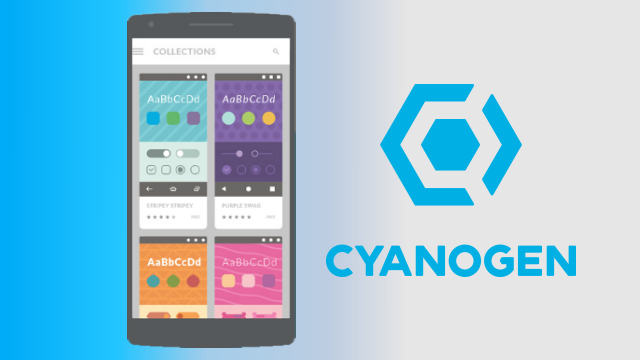 It was hard to predict whether having a phone that runs on what was a custom ROM would open up the doors for people researching custom ROMs more or would have already satisfied their thirst for a different ROM. It seems like the latter was the case this time around. Still, if you are one of the people out there who wouldn’t mind swapping over that CyanogenOS for something else here are all the options that are available to you.

The Yu Yuphoria doesn’t have as many owners as a lot of other devices out there, but it is a great device nonetheless. It seems the official Lineage OS team agree with that sentiment because they’ve developed a great Lineage OS 14.1 custom ROM for the Yu Yuphoria for people to use. If you don’t use custom ROMs very often and don’t keep up with the news, you might not yet be aware that LineageOS is actually created by the same people who made CyanogenMod custom ROMs. Yes, that CyanogenMod. Most people would rather run on LineageOS than any other ROM at the moment, just like they preferred CyanogenMod when they were still making ROMs. We suggest you definitely give this ROM a try if you are just browsing without a purpose and can’t make your mind up what to install.

The LineageOS custom ROM for the Yu Yuphoria is based on the Android 7.1.1 Nougat software update. The latest version available out there is Android 7.1.2 at the moment. Only 10% of devices out there have been updated to 7.0 Nougat to date. All things considered, it’s still a brand spanking new ROM for you to install.

The MIUI custom ROM for the Yu Yuphoria is the MIUI 7 and 6.3.25 which is a ROM based on the Android Lollipop ROM still. Although it is Lollipop, it is at least Android 5.1.1, which is the latest stages of the Lollipop ROM. Android 5.1.1 was actually a pretty good ROM that people enjoyed a lot more than KitKat.

If the MIUI 7 wasn’t new enough for you, then you might prefer the MIUI 8. This one is apparently based on a newer version of Android, but it does come at a cost: it’s also ported and not the official version like the MIUI 7 is above. Be sure to check out the download link thread for comments before installing this one as ported ROMs are unofficial and thus tend to have more bugs. Most bugs typically get listed in the forum threads.

There’s another variation of the MIUI software up for grabs if you install the MultiROM instead. The MultiROM is apparently developed by a group pf Russian IT professionals. These added details are nice to know when you are dealing with a name that isn’t as well known as some of the others. The team from MultiROM have tried to focus on performance and stability. Those two words get thrown around a lot in the world of custom ROMs though—it tends to be the goal for most developers. You might have to try this one out for size before the final verdict is out.

Whenever you have an unofficial version of a name that you’ve never heard of, it probably isn’t going to turn out too well. The Tipsy-lettuce-OMS custom ROM might not make it on many other “best of” lists, but we thought it deserved a spot because we like to include every ROM we can find that might prove worthwhile rather than restricting our lists to what are truly the best ROMs, as long as we include the best ROMs within the list somewhere.

LineageOS is the biggest name in the custom ROM industry right now, and it will likely stay that way until they stop making them. CyanogenMod stopped being a thing during Android Marshmallow. Not long after CyanogenMod went down, the LineageOS team started making a few ROMs based on the Android 6.0.1 Marshmallow software updates. Most people only know LineageOS as ROMs that are based on Android 7.0.X Nougat instead.

One thing to note with the LineageOS version 13.0 here is that root access is not included. What you’ll need to do is install an SU add on from the custom recovery image that you used to load your custom ROM. You can find that little add on from the download page.

The official CandySix custom ROM based on the Android 6.0.1 Marshmallow software update is available for the Yu Yuphoria smartphone. CandySix is made up by a variety of different sources. They make ROMs for many devices, and they are good quality ROMs.

The CrDroid custom ROMs are some of the best you can find anywhere. The version here is an unofficial version, so it’s been ported from another device. As such, this version of CrDroid didn’t get many downloads, but it’s still a ROM worth checking out. Always check the download page and original post for chatter about known bugs when dealing with an unofficial custom ROM as we have here. There might also be some features that don’t work like you would have expected when it comes to official builds.

There are lots of things to like about this CrDroid ROM though. For starters, it is based on the Android 7.1.1 Nougat software update. It has also taken the features and mods from CyanogenMod 14.1. You can read about its full list of features from the download link. Some of the highlights include a status bar that comes with a ticker, the chance to monitor network traffic, an SU icon toggle for your root access, a different battery look, free battery styles, the option to take to wake and different clock styles as well.

Sony Xperia fans love what they get with the Xperia Open Source Project., The idea is pretty new to Yu fans, but now Yu Yuphoria owners can try XOSP out for size, too. Since it’s a ROM that was intended for Xperia device, you can rest assured this one has been ported, aka it’s an unofficial build. But it’s also another unofficial build that is based on the Android 7.1.1 Nougat software update—one of the latest versions of Android possible anyone can run.

The XOSP custom ROM is now in its second revision and has some nice features included. Inside you get the same changes you would expect to find in LineageOS, the January security patch included, improved kernel performance, heaps of XOSP customizations, and more You can read the full details from the download link.

Mathew is a qualified Microsoft Windows systems administrator (MCSA) who has covered OSs, browsers, the internet, and related tech since 2011. He is the founder and editor of ConsumingTech.com and is a freelance tech writer for various publications around the Web. Mathew graduated from DDLS Melbourne (now Lumify) in 2011. He grew up in Melbourne and lives in rural Victoria, Australia. Read Mathew's full biography. Mathew's social profiles: Twitter, Facebook, Mastodon, Instagram, LinkedIn, and GitHub.
« Custom ROMs for Nextbit Robin [List]» Custom ROMs for Xiaomi Redmi 3S [List]