The Nextbit Robin is the first smartphone released to make use of cloud storage, so no matter what amount of space you need, you aren’t relying on having the internal memory that comes with the smartphone. In past years many phones would offer expandable storage to tackle this problem, but most people found the expandable storage idea too complicated to bother using. The Nextbit Robin could go down as one of the most monumental phones in history for that reason.

Of course, another way to free up some more storage space is by getting a custom ROM installed on it that takes up less memory space. ROMs typically come with all different sizes based on its features and the way it has been developed. The “stock” version you get usually aren’t close to stock Android at all because they are then passed down to the manufacture and the phone carrier networks who then use up more memory on things like tweaking the UI, so it’s unique and adding more applications that are known as “default” or “stock” apps. 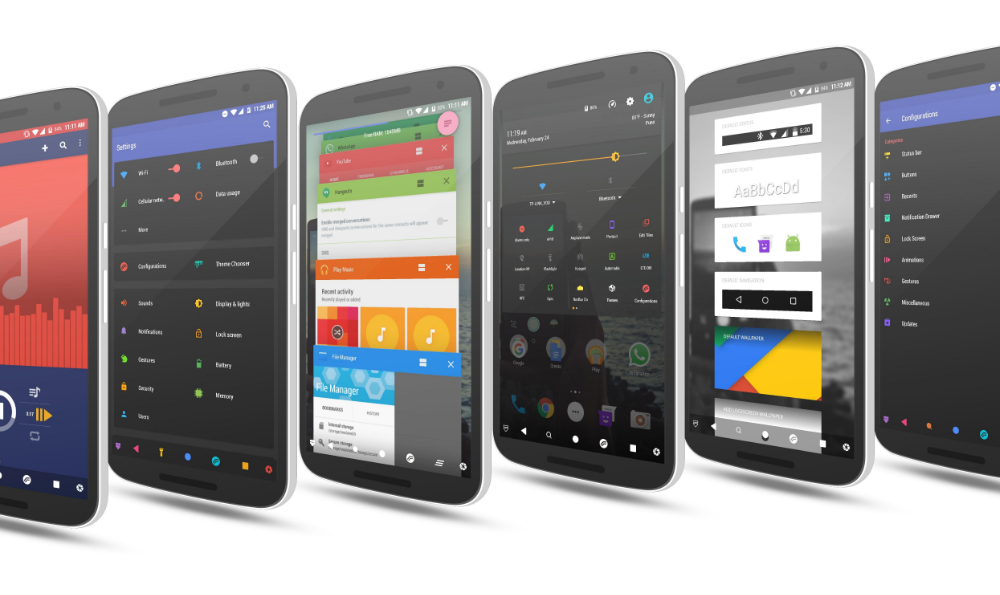 Android Nougat software updates started at version 7.0 and are currently up to Android 7.1.1 which is the same version on offer here. The jump up to Android 7.1.1 comes with new emojis you can use with your texts, animated GIFs are now available from the default keyboard to compete with what Facebook is doing, and you can now long-press on an app icon to launch actions for those apps.

Update: The latest version of Android is now Android 7.1.2 which comes with quite a few changes in comparison to 7.1.1 over 7.1 for the Google Pixel and Nexus devices. If you can find a custom ROM for the Nextbit Robin that is running n the Android 7.1.2 software, then you also get new battery usage alerts on your phone for the Nextbit Robin, but that’s the only feature that is worthwhile outside of Pixel and Nexus handsets.

crDroid is probably the most popular custom ROM for the Nextbit Robin to install at the moment, and rightfully so. These are great custom ROMs built to give you better reliability and performance over the stock version of Android that you get when you first open your Robin handset out of the box. That’s, at least, what the developers say as their slogan, but the crDroid custom ROMs also come stacked with some great features.

As we already touched on above, the Android 7.1.1 Nougat comes with new emojis you can use in your text messages, GIFs from the default keyboard and new launch actions available for apps when you long-press your finger on them. Those features are all available to you in this custom ROM that is based on Android 7.1.1, but then you also get the features that crDroid offer, such as it being based on Lineage OS. If you aren’t already aware, the Lineage OS is the modern-day version of CyanogenMod since CyanogenMod is no longer around. The LineageOS has many of the same developers who used to be with CyanogenMod still creating those same great sources but just under the new name.

Heaps of people want to get to know what LineageOS is all about since it’s still relatively new, but don’t rush out to install this one on your daily phone just yet. As it says the title, this version of the LineageOS is unofficial and in its Nightly stages. That said, it is based on the Android 7.1.1 Nougat software update just like the rest.

Since this version of Lineage is not official, it is not being updated nightly by the LineageOS team. However, the keen person who created this port does plan on keeping those updates coming out every day according to his own words from the download page.

The first custom ROM to become available after the original Android development for the Nextbit Robin was this version of the Android Ice Cold Project based on the Android 6.0.1 Marshmallow software update. Android 6.0.1 came with a few nice inclusions making it better than the original Android 6.0 Marshmallow. Those features include Unicode 7.0 and 8.0 emoji support, a new way to open the camera by double-tapping on the Power button, new navigation bar if you own the Google Pixel C and descriptions for the USB connections.

The Ice Cold Project ROM here has amassed more installs than any other ROM to date for the Nextbit Robin. However, you shouldn’t shouldn’t think this is still the best custom ROM. It’s now aged and there are better choices, including the same AICP ROM that we already covered above that is now based on the Android 7.1.1 Nougat software update instead.

The Bliss ROM custom ROM is also an older ROM based on the Android 6.0.1 Marshmallow software update. The team from Bliss ROMs pride themselves on making one of the most customizable custom ROMs out there, and they do an excellent job developer for many devices. The version here is an unofficial version, meaning it has been ported from another device from somebody who is not part of the Bliss ROM team.

The Bliss ROM 6.4 was developed back when CyanogenMod was still around, and as such, this is still based on the CyanogenMod sources. There are a few known issues with this custom ROM that are likely because it’s an unofficial port. Some of those include the video recording not working with default camera app, pin code needs to be typed slowly when unlocking the phone unless you disable the double-tap to sleep feature on the lock screen, and a few others you’ll notice when using the ROM yourself.

Mathew is a qualified Microsoft Windows systems administrator (MCSA) who has covered OSs, browsers, the internet, and related tech since 2011. He is the founder and editor of ConsumingTech.com and is a freelance tech writer for various publications around the Web. Mathew graduated from DDLS Melbourne (now Lumify) in 2011. He grew up in Melbourne and lives in rural Victoria, Australia. Read Mathew's full biography. Mathew's social profiles: Twitter, Facebook, Mastodon, Instagram, LinkedIn, and GitHub.
« Custom ROMs for Google Pixel C [List]» Custom ROMs for Yu Yuphoria [List]