The Xiaomi Redmi 3 smartphone is one of the most popular smartphones ever to come out for the Xiaomi brand. That said, it only saw one official Android software update arrive over the air, and that was the Android 5.1 Lollipop update. Over in Asia, they aren’t into software updates the same way we are over here where they mean a great deal to us and our devices. Over the United States, predicting how many software upgrades a device is going to get goes a long way to choosing what device they are going to by.

It isn’t that Asians don’t care entirely about software updates. The evidence points towards that they do. We know this when we look at the number of people installing custom ROMs on devices like the Xiaomi Redmi 3 smartphone for instance. If you look at the sheer amount of individuals installing custom ROMs on the XDA-Developers web forum for this device the number could reach s high as a half a million to date. 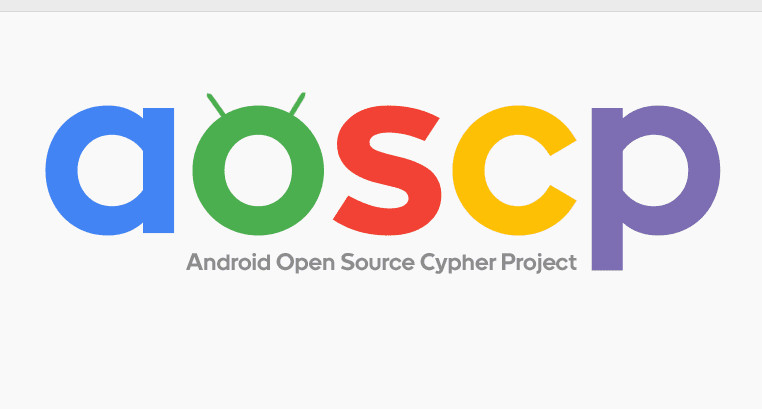 You can find official ROMs available by some of the biggest names in ROM making in the world like the team from LineageOS, or you can also find some cool independent work available for you to install too, like the Infected ROM.

This is the official LineageOS custom ROM. You will have any issues with the installation of this custom ROM. It will have the fewest problems and bugs in comparison to any other ROM, including probably the stock version of Android that was running on your smartphone before you got a custom recovery image installed. There isn’t much you need to know about this one, just install it using TWRP Recovery, and you’re away. The WiFi is working perfectly fine, as is Bluetooth, the camera and all of its features, the fingerprint sensor is working well, RIL with calls SMS and data, and everything else you would come to expect fro ma smartphone ROM these days.

If you want a reliable and smooth custom ROM with incredible stability, then you should check out the LineageOS custom ROM that is listed above because you don’t find any better. With that being said, there are always a few custom ROMs for devices that have unofficial custom ROMs available for people to install as well. These custom ROMs aren’t as bad as they sound. Often they can be very reliable builds. However, you want to read the comments more so than when you install something else like LineageOS official builds just to see what others are saying. The developer who ported this ROM from another device admits that this one is in its “testing” stages still. It isn’t a custom ROM you want to be installing on your device until that testing stage is changed to “stable” instead. You can keep an eye on what stage the ROM is in by looking at the bottom left corner of the original post.

The Android Ice Cold Project custom ROM for the Xiaomi Redmi 3 smartphone is based on the Android 7.0 Nougat software update and will probably be updated to Android 7.1.1 later on down the track.

Another official custom ROM you can install is the Android Open Kang Project, otherwise known as just AOKP for short. These AOKP custom ROMs started off extremely hot several years ago when custom ROMs were first born, but then they went through a phase where they had lost popularity. Nowadays, they are starting to gain that popularity back, and they are good custom ROMs to install. Some of the other best custom ROMs in the world steal the unicorn logo from AOKP and incorporate it in their logos, so that speaks volumes about how well respected these custom ROMs are among developers.

Some of the features you will find inside this AOKP custom ROM for the Redmi 3 smartphone include it being based on the Android Nougat software updates, coming with ROM control, Substratum support, there are AppLauncher settings, there are Wakelock settings, there are notification drawer settings that you can play with, it has Toast and animations, additional status bar settings, more advanced settings are available from the navbar, and there is still loads more.

AOSP stands for the Android Open Source Project and it is was the official version of Android that is available on devices is like before the manufacturers like Xiaomi and phone carrier networks get their hands on it. The extended version of the Android Open Source project is going to give you that same great stock ROM of Android but then mix it up with some original features that make it different to anything else out there that you could install. Outside of just having features that have been “cherry-picked” from other ROMs out there, this AOSP extended custom ROM has the Substratum theme engine.

That same kind of a story is what I experienced when checking out the XTRVbeta1 Unofficial Multilang custom ROM. After delving a little deeper, I found out that this ROM has based on MiUi8 — a particular type of software and operating system that is available for Xiaomi devices.

Usually, when you see an official Mokee custom ROM available for a Xiaomi device, it would have plenty of downloads. That’s because both of the names are Asian—Asians develop the Mokee ROM, and the Xiaomi brand is born in Asia and mainly distributed through Asia.

However, this particular Mokee custom ROM hardly has any installation at all. That is probably because this is a development custom ROM, meaning it is not a stable ROM. With that being said, it is listed as a “Nightly” ROM which isn’t too bad. When CyanogenMod custom ROM used to have nightly updates, they were very popular. So, nightly builds aren’t the end of the world, and they are better than a different ROM in its testing stages.

The CypherOS, otherwise known as Android Open Source Cypher Project is a name that you won’t find available for many other custom ROMs. King of similar to the extended AOSP custom ROM we wrote on above already, the CypherOS is another extended version of AOSP but with different tweaks and features that were not used on other ROMs as a complete package ever before.

The developers of the AOSCP have listed the features that make this custom ROM unique from the download page. There’s quite a bit coming from the status bar, notifications, Quick Settings, and the system. You can read the exact details from the link.

The official CyanogenMod 13 update is the last version that you will ever see of CyanogenMod, so there is some historical significance with running this custom ROM for the last time. You can still find the same kind of work by the same developers, but they are now operating under the LineageOS name instead. The CM< 13 builds are based on the Android Marshmallow software update and subsequently come with most of the Android Marshmallow features. On top of that, you get a bunch of original stuff that CyangenMod thinks makes its ROM better than the official Android version. They don’t let you know what those features are though which is a pet peeve of mine, So if you want to ow what this custom ROM has by way of features, you have no choice but to get that custom recovery image installed on the Redmi 2 smartphone and then just flash the ROM and see what is on offer.

The Resurrection Remix custom ROMs are based on CyanogenMod, so you know they are going to be stable and built for performance.

Infected ROM – based on lineage

If you want to try installing a different custom ROM that isn’t a name that many other people with another device will have installed ever before but at the same time is still a great custom ROM for the XIaomi Redmi 3 smartphone then I recommend you check out this Infected ROM. The Infected custom ROM is based on the LineageOS ROM. LineageOS is run by the same team that were developing for the older CyanogenMod custom ROMs, so you already know these ROMs are going to be good.

Mat Diekhake is the editor of ConsumingTech.com. He has been inseparable from the internet since Web 2.0 in 2005, and by 2008 decided on a career in IT. With a never-ebbing desire to cover technology, he spends most days consumed by Windows, Linux, and Android in particular. Though he has spent innumerable hours learning consumer software in general, formally and as an autodidact, and has personally authored over 10,000 articles since 2010. He is a qualified Microsoft Windows systems administrator (MSCA). Read Mathew's full biography. Mathew's social profiles: Twitter, Facebook, Instagram, LinkedIn, and Github.
« Best Custom ROMs for Xiaomi Redmi 3S» Best Custom ROMs for Oppo Find 7