If you don’t have enough money to splurge on an expensive high-end smartphone from one of the leading manufacturers in the world like so many of us don’t, then the next thing you want to look at is the mid-rangers instead. One of the best mid-range phones from 2014 was the Asus Zenfone 5. What made it appealing was it’s Gorilla Glass 3 coating on the phone’s display, the 720p screen resolution, and the PowerVR GPU that was coupled with 2GB of RAM.

Something else that made the Zenfone 5 great value for money is the fact that it has had so many custom ROMs made for it. Most custom ROM developers target the flagships because they sell very well due to many people being on plans and picking up expensive phones to get their money’s worth, but occasionally you can get a mid-range handset that also sells very well, depending on the region that it is made available. There aren’t loads of outstanding custom ROMs for the Zenfone 5, but there are quite a few that are worth consideration, including some excellent official ones like the guys from Resurrection Remix putting together a memorable experience for everyone who has chosen to install it to date 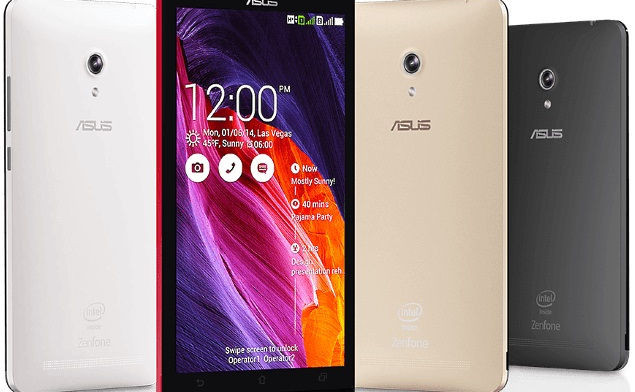 Resurrection Remix custom ROMs have always been the go-to custom ROM if you want to have lots of features. They’ve also always had a stable base of CyanogenMod. Things changed slightly when CyanogenMod stopped making ROMs, but the Lineage OS is just as good and developed by the same people. Lineage is also what Resurrection Remix custom ROMs are now based on. Often people like what they see regarding features available but are skeptical of installing the new ROM because they don’t think it will be stable. You shouldn’t worry about that type of thing with Resurrection Remix since they have the strong base of Lineage OS looking after them. CyanogenMod was being used as a ROM for some devices off the shelf after all.

The Resurrection Remix custom ROM for the Asus Zenfone 5 smartphone is based on Android 7.0 Nougat and will continue to be updated to newer versions of the Nougat. Today we are up to Android 7.1.2 Nougat, and that’s what you get when you install this ROM as of today. This version of Resurrection Remix also allows for you to accept over the air updates without having to reinstall the ROM manually. To do that, just head to the Settings > Configuration > Miscellaneous > Updates > Check update after you have it installed and every once in a while you might find a surprise.

The first time I checked out this ROM I thought I was looking at the OMNI ROM, but in fact, this is an MNLM ROM which is probably short for it being minimal on features. One of the oldest tricks in the book for creating s quick ROM is to remove all of the bloatware that you get from a manufacturer and phone carrier networks because everything that is installed on the ROM adds weight and slows it down. By removing that stuff, you make your ROM quick. If you know you don’t want any of the features that this ROM has removed, then it’s a good choice. Having things delivered as fast as possible is always a good idea. Think of all that extra time you would save.

Make sure you check out the things you need from the links in the original forum post when you click on the download link, so you have the right version of SuperSU installed. Sometimes ROMs needs a particular SuperSU for them to work and this is one of them. Although it is said to be light on features, it still offers some extras that you wouldn’t find on the stock ROM as well, such as the Viper4Android application to enhance your music, Fast Boot, and Init.d enabled. One of the caveats with this ROM though is that it is only based on Android Marshmallow and most other custom ROMs are now running on Nougat instead. Still, there is no rule in place suggesting you can’t enjoy older ROMs; newer ROMs just happens to be one of the main reasons for custom ROMs being popular because they offer users the chance to try out versions of Android not yet made available as the official over the air updates that could be installed.

One of the most downloaded custom ROMs of its time, the Montana ROM is an excellent choice if you don’t mind being on the Android Lollipop software update. The Montana ROM had a lot of attention to detail, doing things like disabling the signature check and taking away the Intel logo from the boot animation, so it just shows the Asus name instead. It’s also a custom ROM for the Zenfone 5 that is heavily debloated, so you don’t have any of the stock applications that you don’t want.

Even though our custom ROM articles are usually titled as “best” at the beginning of them, we tend to throw in every custom ROM we can find rather than the ones we think truly are the best. We do that instead of calling them “all custom ROMs” just in case there are some we don’t see. The Borets ROM probably isn’t going to be one of the best custom ROMs for the Asus Zenfone 5, but it is a ROM out there being installed by at least a few thousand people nonetheless. Plus, we are always fans of showcasing independent work and individuals who have put in the effort trying to create something special. Often these are the types of ROMs that have had the most love put into them and had the least amount of people working on them. The flipside to that is they are also the ROMs you might not want to install on you daily device that you need for work just in case the reliability lets you down.

The Android Open Source Project custom ROMs are always good to use if you want a ROM with just the bare essentials. You’ll have minimal applications installed on this as it is Android before it got passed over to the manufacturer and phone carrier networks. This version of AOSP is based on the Android 5.0.2 Lollipop software update.

The GECKO Premium custom ROM claims to result in the best experience after you install it. While that might just be a slogan, it has proven to be quite popular, so there is some truth to it. It doesn’t have as many people using it like Resurrection Remix, but the list, so users are closing in on the six figure mark.

The GECKO custom ROM comes with AOSP framework, apparently doesn’t have any bugs, has plenty of mods added. One thing we don’t like or support though is the ad away application that takes away revenue from websites. The internet won’t survive with people blocking ads, so it’s a silly attempt at a solution.

The official CyanogenMod team never got around to making a custom ROM for the Asus Zenfone 5, but a developer, TranHuuTin, did put together an unofficial version that skyrocketed to be the most downloaded custom ROM the Zenfone 5 has ever seen. Being an unofficial custom ROM, it wasn’t perfectly put together by its porters. The bugs are listed in the original post available from the download link. Make sure you have a good read before you decide to install so that you know what risks you are taking. It does come with an “install at your own risk” warning after all.

Update: This custom ROM has been canceled, and development is no longer being maintained.

What could be the most underappreciated custom ROM on the list, the Dirty Unicorn custom ROM for the Asus Zenfone 5 would always deserve to be on a list named “best custom ROMs for…” because it’s a name that is very well known in the world of custom ROM developing. If you can find an official version of a Dirty Unicorn ROM available for your handset, then it’s worth checking out. This is not an unofficial version, so you should proceed carefully. The fact that it is unofficial is likely what has stopped this from being more popular among downloaders, but there aren’t many bugs reported about this ROM. In fact, there are only two according to the original posted, and they are the GPS and FM radio—both things I seldom use. If that’s as bad as things get, then this could be a good ROM to use.

Mat Diekhake is the editor of ConsumingTech.com. He has been inseparable from the internet since Web 2.0 in 2005, and by 2008 decided on a career in IT. With a never ebbing desire to cover technology, he spends most days consumed by Windows, Linux, and Android in particular. Though he has spent innumerable hours learning consumer software in general, formally and as an autodidact, and has personally authored over 10,000 articles since 2010. Microsoft awarded him numerous certificates resulting in him becoming a qualified Windows systems administrator (MSCA). Read Mathew's full biography. Mathew's social profiles: Twitter, Facebook, Instagram, LinkedIn, Github, Reddit.
« Best Custom ROMs For Asus ZenFone 2» Best Custom ROMs for Amazon Fire