The Asus Zenfone 2 smartphone came out in the first quarter of the year of 2015. It was made famous due to becoming the first smartphone in the world to offer 4GB of RAM (although there were still some regions that only offered 3GB of RAM.) It was underpinned by a 2.3GHz 64-bit Intel Atom quad-core processor which delivered enough power for great gaming when coupled with the 4GB of RAM.

Another good thing about the Asus Zenfone 2 was that it got heaps of Android updates. They did stop at the end of Android Marshmallow though, and we are now heading toward the end of Nougat. You can try lots of custom ROMs that feature an upgrade to Nougat from the last official Android software update that rolled out for the Zenfone 2. There are a few on the list that are official names as well like the Resurrection Remix custom ROM. 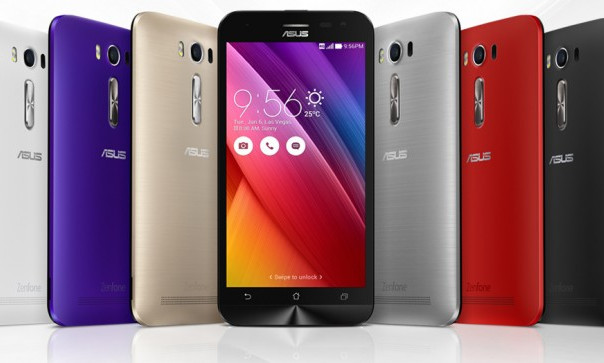 The ViperOS is an open source project, meaning it gets developers from a bunch of different people and anyone can contribute who has the ability and desire to do so. However, it is mainly developed by the team from Viper Amped. Lots of people love the Viper operating system and can’t wait for when the time comes that they get to install the ViperOS custom ROMs. ViperOS has been a viral operating system for XIaomi device, but you can also find them available for devices from other manufacturers, too, just like you have here with the Asus Zenfone.

What makes ViperOS great is the fact that it is based on Linux. Technically Android is also based on Linux, but this isn’t about Android. It’s more like a revamped version of one of the Linux distributions called Ubuntu. Ubuntu has always been the most popular Linux distro, but it’s also at the height of its popularity right now with even the Windows 10 operating system allowing people to run an Ubuntu terminal with the Ubuntu application available from the Windows Store.

The version of the ViperOS available here for the Zenfone is the official version. It’s also based on the Android 7.1.2 Nougat software updates. Android 7.1.2 is the latest version of Android currently available at the time of writing, so it’s very fresh. Like a lot of custom ROMs, it might also continue to get future updates if there are any. Other features packed inside the ViperOS ROM include heaps of status bar tweaks, lock screen tweaks, multitasking changes and system changes as well. The status bar tweaks include like Traffic indicators, clock, and date, Carrier label, VPN icon toggle, VoLTE icon, an option to Display Data Disabled indicator Icons, heads up toggle, status bar items, battery icon settings, quick settings personalization, data saver icon toggle, and the Viper status bar logo. The lock screen tweaks include custom lock screen settings, option to hide lock screen clock, date and alarm text, flashlight, double tap anywhere to sleep and disable media images, hide the status bar from the lock screen, and hide the Quick Settings. The multitasking tweaks include a round button style on the Recents, different recents style for the toggle (cards and grid), and a Recents membar. The System tweaks include a new Viper color engine built from scratch, new default launcher called Lawnchair, navbar taken from the Google Pixel, kill applications with the back button, advanced Bluetooth, and still loads more that you can check out from the download link.

Those of you who don’t mind installing unofficial custom ROMs will be pleased to know that this one is based on the Android 7.1.2 Nougat software update, showing that the team has no problem keeping this custom ROM updated with the latest in Nougat software. Android 7.1.2 is likely the last we’ll see of the Nougat software with the release of Android O (rumored to be Android Oreo) coming out soon. The developed who ported the ROM from another device didn’t mention the features you get with this one, so you’ll need ot install it to find out.

One of the good things about custom ROMs is that the teams generally don’t mind if you steal their stuff and start using it if you ask nicely. Most custom ROMs are based on other custom ROMs like CyanogenMod or LineageOS, for example. Sometimes you can also find developers who take one ROM and strip it down or borrow features from it, too. The NutOS custom ROM is a ROM that borrows many of its features from LineageOS and just removed some of the features that they think aren’t necessary. The result is intended to be another custom ROM worthy of your attention that has its own identity. If you like LineageOS but believe that it has too many features, then you might enjoy this slimified (which is pretty much saying simplified) LineageOS custom ROM running on your Asus Zenfone 2.

Some of the features of this NutOS custom ROM include OMS (if you have Google Gapps and the nanomod), O3 & Ofast Optimization, improvements coming your way for the GPS, GPU and SIM card strength and function, many build.prop tweaks, signature spoofing, quite a few code optimizations (over Linux that presumably is and not Android), Doze hax, ViperFX, and a slimmed down ROM with its applications and zip files.

While kernels technically aren’t ROMs, sometimes we include them if lots of people are installing them are proving to be worthwhile. Out of all the kernels we’ve seen available for devices, the HOLO kernel looks to be one of the coolest, and so many people are installing that it is nearly one of the most installed files out of all kernels and ROMs for the Asus Zenfone 2.

Some of the highlight features of the HOLO kernel include the Linux Kernel version 3.10.106, it has been built with a custom GCC 6.3.X Linaro TC, both under-clocking and over-clocking are available, it has other CPU optimizations available, it has an Intel power clamp driver, it has support for lots of different things like Sweep2Sleep, Autosleep, NTFS RW, ExFAT, a new minimum brightness amount that drops all the way down to 2% now from the standard 15%, and loads more.

You get all of the same amazing features in this version of the Resurrection Remix ROM as you would from a device coming from another manufacturer. Some of the highlights include a brightness slider, it is based on the Google Android 7.1.0_r22 release, you can enable or disable the notification count, a SuperUser indicator switch, a carrier label switch, clock customizations with the time and date, a better battery bar, custom logo style, system animations, toast animations, a Recents panel, heaps of Pie features, lock screen wallpapers, and still loads more.

The Android Open Kang Project isn’t around that much anymore but it was often one of the best ROMs in its time, You can still find some of its features as part of other ROMs such as the PAC-Man custom ROMs. The version of the AOKP ROM here is based on the Android 7.1.1 Nougat software update. One thing you’ll need to take note of though is that it is only available for two different model numbers. Those numbers are the Z00A/Z008 for the Asus Zenfone 2 smartphone. It is an official version of the AOKP custom ROM, so if you have one of those two model numbers, it is a ROM worth checking out.

The official version of the OctOS is also available for the Asus Zenfone 2 smartphone if you want to give it a try. It too is only available for the Z00A/Z008 model numbers, but if you do have one of those models, then you’ll be happy with OctOS if you wanted to try Android 7.1.2 on a ROM that offers something different than the usual stuff you get with resurrection remix and LineageOS.

Some of the unique features you get include a substratum rootless theme engine support, tentacle settings, the Google Pixel launcher, a screen recorder, the chance to use the volume buttons for sleeping and waking as well as to control your playback, status bar time and date options, a status bar network traffic indicator, Omni Switch, new Power menu options, and still heaps more.

Mat Diekhake is the editor of ConsumingTech.com. He has been inseparable from the internet since Web 2.0 in 2005, and by 2008 decided on a career in IT. With a never-ebbing desire to cover technology, he spends most days consumed by Windows, Linux, and Android in particular. Though he has spent innumerable hours learning consumer software in general, formally and as an autodidact, and has personally authored over 10,000 articles since 2010. He is a qualified Microsoft Windows systems administrator (MSCA). Read Mathew's full biography. Mathew's social profiles: Twitter, Facebook, Instagram, LinkedIn, and Github.
« Best Custom ROMs for Huawei P9 Lite» Best Custom ROMs for Asus Zenfone 5