Sometimes people want something different when they look to buy a new smartphone. Many of those people looking for something different enjoy what the Huawei P9 has to offer. It’s known as being a great smartphone with unique specs, and yet if you buy one, you can probably rest assured no one else that you work with or known will get one too. The P9 Lite is the baby sister version of the P9 handset, and it comes with watered down specs.

Everyone who finds the Huawei P9 and the P9 Lite smartphones appealing thanks to their original might also consider the fact that a custom ROM is available to be installed appealing. 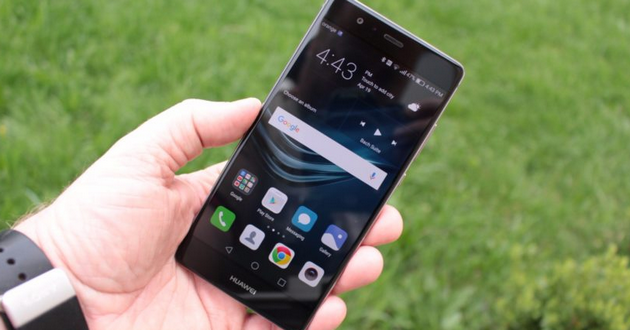 A custom ROM throws away that version of Android that you see on your device that millions of other people around the world are using, and gives you something different. Sometimes people want to install a custom ROM because they know of a ROM that gives better battery life and other times it is the different feature or design that attracts people’s attention.

There aren’t too many custom ROMs available just yet for the Huawei P9 Lite smartphone, but the few that are available do offer people plenty of reason to get them installed. Take the RocateX ROM for example, that comes with Viper4Ansroid preinstalled thanks to the root access with SuperSU that it also offers. The Viper4Android application is one of the most popular root apps out there to date. It isn’t available from the Google Play Store, but that isn’t because it isn’t popular or a great app. It’s just because Google took offense to that particular app and didn’t want it on offer from the official Play Store. Anyone who has used the Viper4Android application known what an asset it is to have running on a device. A truly must-have app for music lovers. In addition to SuperSU and Viper4Android, it also comes with a fingerprint quick action, Kernel auditor, transparent notification shade, a 3D panorama app, Emui theme editor and loads more.

The old version of the RocateX ROM was based on the Android Marshmallow software update, and now the newer version is based on Android 7.0 Nougat.

The MedroM custom ROM is ROM based on the Android 6.0 Marshmallow software update. It comes with a few neat features that plenty of people are enjoying, including is being pre-rooted with a systemless root version of the SuperSU application, BusyBox, zip aligned, deodexed, debloated, so you don’t get any of the stock applications taking up your space, the ROM is closer to the stock version of Android since it has been debloated, Xposed framework, Viper4Android, Adaway, 3D panorama pictures and still loads more.

About the only feature, we don’t promote here is the ad away which is designed to take away websites revenue so they can’t make money. That’s a problem for many websites that depend on money coming in to keep the websites running. Most people aren’t aware that it actually costs money to run a website, especially if the website is getting a lot of views. Apart from that, the rest of the features are good. Viper4Android we’ve already talked about in the custom ROM above. Xposed framework is a feature that allows you to change the way the UI looks just like you would get from installing a different custom ROM. You don’t typically need custom ROM to use Xposed, as many people just root their devices with SuperSu and then run Xposed as an alternative to a custom ROM, but the fact that this custom ROM comes with Xposed is still useful because you can tweak things directly from this ROM without having to find another ROM with the tweaks the way you want them.

Paranoid Android custom ROMs are some of the best custom ROMs available for any device—the only problem being that this one is still in its beta stages. Paranoid Android ROMs are also known as AOSPA ROMs because they are close to AOSP (Android Open Source project) but with a few additional features that certain people value. The main features you get with a PA ROM are the theme engine and an advanced power menu. You can read up on any other changes that the developers might have done from the download link that directs you through to the official XDA-Developers web forum page for the ROM.

The Veno kernel is up for grabs if you want to improve the battery life of your Huawei P9 Lute smartphone as well as improve the performance. You can always get some battery optimization from a custom ROM if it has removed many of the stock applications, but the best way to create a longer lasting battery is by tweaking the hardware with a kernel like we have here with the Veno kernel.

Update: the developer of the Veno kernel is currently working hard to get it working for the Android 7.0 Nougat update.

The Rusty Kernel might get its name because the person who created it admits to not being much of a developer, so you definitely won’t want to install this one on your daily phone. Nevertheless, it’s still one of the few kernels that is available to be installed on the Huawei P9 Lite smartphone.

Check the official thread from the download link before installing this one, so you have all the information available. You can also reach out to the original poster of the kernel by leaving a comment on its thread.

Mat Diekhake is the editor of ConsumingTech.com. He has been inseparable from the internet since Web 2.0 in 2005, and by 2008 decided on a career in IT. With a never-ebbing desire to cover technology, he spends most days consumed by Windows, Linux, and Android in particular. Though he has spent innumerable hours learning consumer software in general, formally and as an autodidact, and has personally authored over 10,000 articles since 2010. He is a qualified Microsoft Windows systems administrator (MSCA). Read Mathew's full biography. Mathew's social profiles: Twitter, Facebook, Instagram, LinkedIn, and Github.
« Best Custom ROMs for Oppo Find 7» Best Custom ROMs For Asus ZenFone 2