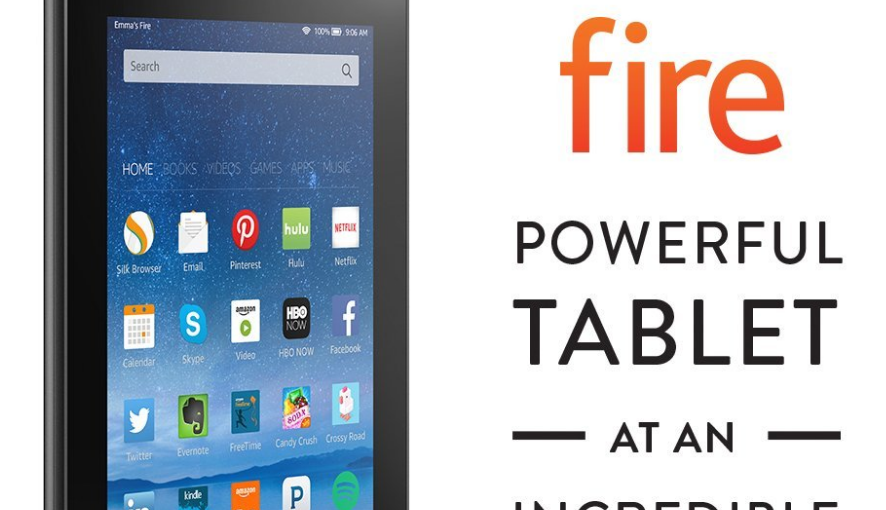 The most common reason for wanting to install a custom ROM on a device that did run Android though is to update it to another version of Android that has not yet rolled out for a device as an official update. This allows people to see what a newer version of Android looks like. Sadly, nobody gets that chance with the Amazon Fire custom ROMs because all of the ROMs available are based on the original Android development and nothing more.

With that being said, there are still some great ROMs and even kernels for you to install on your Amazon Fire tablet whenever you want them, and we’ll continue to update the list if anymore ever become available.

The Fire Nexus custom ROM for the Amazon Fire is a pure Android Open Source Project ROM. To put that into perspective, Android Open Source Project, otherwise known as AOSP for short, is like running Android the way Android developers had intended people to use it before it gets handed to the manufacturer and phone carrier networks who then add their own unique spin to it, often resulting in apps and different things to do with the user interface installed over the top. There are many custom ROMs out there based on AOSP, and then they put their own spin over the top also, thus making it a unique ROM. Take the CyanogenMod custom ROMs for example, that were always AOSP with added features.

Even though the Fire Nexus ROM is pure AOSP, it does offer some other things that aren’t changing the operating system. For example, you can run root applications as soon as it is installed on your device thanks to it being pre-rooted with Chainfire’s SuperSU. Also, the ROM is apparently ideal for being used with the Xposed framework according to its developer/original posted of the thread.

The AICP custom ROMs are available for a whole heap of devices. It stands for the Android Ice Cold Project and you probably already know the name as Ice Cold Project (because it’s cooler without saying the word “Android.”) The only ROMs available for the Amazon Fire are the one’s based on the original software updates, so this AICP custom ROM is still based on the Android 5.1 Lollipop software updates.

The CyanpgenMod 12.1 custom ROM is based on the Android 5.1 Lollipop software update. The LineageOS has taken over from CyanogenMod, and the CyanogenMod 12.1 is not one of the supported branches for LineageOS. Thus, the ROM developer is no longer able to update this custom ROM. Even so, you won’t find any custom ROMs for the Amazon Fire device running a newer version of Android since they are all original development ROMs and the original ROM for the device was the Android 5.1 Lollipop software.

You often get new ROMs that are a combination of older ROMs. That is fantastic for end users like yourself and is only available because these different groups allow each other to share each other features for the greater good of the people getting the ROMs that they want. As far as mixtures go, the Resurrection Remix could be the cream a de la creme.

Slim ROMs are the group of guys responsible for the SlimLP ROM that is available to be installed on the Amazon Fire device. Just like the rest, this custom ROM for the Fire device is based on the Android 5.1 Lollipop software update. As such, most of the feature you get will be those based on Android 5.1 Lollipop. The additional features are what you get from SlimLP, and many of the mare pretty cool. For starters, it does come pre-rooted just like all good custom ROMs should, and it comes with a network traffic monitor, a screen recorder so you can capture everything that moves on your screen, init.d support, added Documents UI as a standalone File Manager, and plenty more.

There are a couple of kernels that you can install on the Amazon Fire instead of a custom ROM. A new ROM is a complete replacement of the operating system whereas a kernel is just changing the distributions of the current operating system, so it uses the hardware differently. There isn’t much information about what this kernel does, so if you have any questions about it, you would be best to ask those by leaving a command on the thread from the download link and then the developer or the original poster of the kernel can answer them.

Another good kernel for the Amazon Fire device, the modules kernel offers a variety of packages depending on what ROM you are running. For example, there is one kernel that is specifically made for those of you who are running on the CyanogenMod 12.1 custom ROM and so forth. A new kernel will often change the CPU to either overlock it or underclock it. Overclocking it will increase the performance while underclocking is all about making the battery last longer and potentially keeping the device in working order for a longer amount of time.

Mat Diekhake is the editor of ConsumingTech.com. He has been inseparable from the internet since Web 2.0 in 2005, and by 2008 decided on a career in IT. With a never ebbing desire to cover technology, he spends most days consumed by Windows, Linux, and Android in particular. Though he has spent innumerable hours learning consumer software in general, formally and as an autodidact, and has personally authored over 10,000 articles since 2010. Microsoft awarded him numerous certificates resulting in him becoming a qualified Windows systems administrator (MSCA). Read Mathew's full biography. Mathew's social profiles: Twitter, Facebook, Instagram, LinkedIn, Github, Reddit.
« Best Custom ROMs for Asus Zenfone 5» Check Android Device for Vulnerabilities