The Sony Xperia Z5 Premium is one of three Sony Xperia smartphones worth knowing about during the year 2016. It comes with some pretty impressive specs that put the premium in Z5 Premium, including a Snapdragon 810 system chip, Adreno 430 graphics processor, 3 GB of RAM and a 3430 mAh battery.

While all of those specs are impressive, it’s not too much over what you would expect to find in the Sony Xperia Z5, so what makes this device so premium? The answer to that question comes in the 4K display. The Z5 Premium is the first smartphone with a 4K resolution display. To put that into perspective, that is exactly four times the quality you get from a 1080p display. 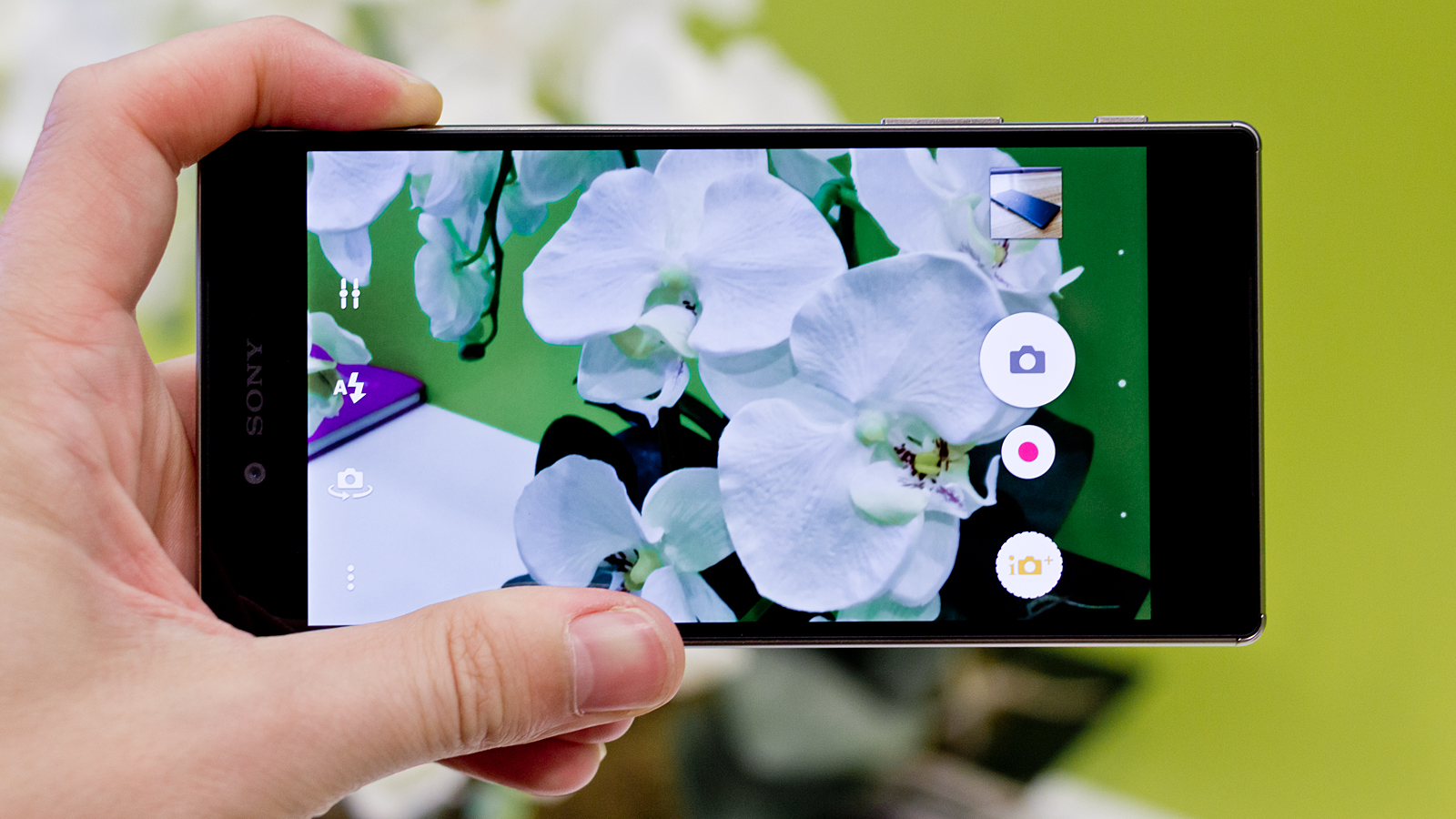 According to most tech enthusiasts, we are only a year or two away from just about all smartphone displays (apart from budget phones) that will come with a 4K display by default. There were plenty of people saying they didn’t see any need for having a smartphone that comes with a 4K display and that they’d rather have the better battery life, but you can expect people’s attitudes to change from that when they finally see how good a 4K display is and what it can do.

There are heaps of videos online that demonstrate to you just why the Sony Xperia Z5 Premium is an amazing phone t look at pictures, and it even acts intelligently to help save as much battery life as possible by only showing the 4K resolution when it detects images that could use it. For example, if you open just a regular application that doesn’t support 4K yet, then the screen of the Z5 Premium won’t waste it’s power trying to show you it in 4K thanks to its ability to detect that the image is only 1080p, for example, but if you open up your Gallery and start viewing photos shot in HD, that’s really when the 4K display really shines.

You can easily tell the difference between photos that have something to do with nature, such as a waterfall or a farm or somewhere in the Greek islands where there are building on the side of a cliff, for example. The images show substantial more detail, and there’s no question this is going to be the standard of images in the near future.

So now that you know that the reason for the Sony Xperia Z5 Premium smartphones existence isn’t a waste of time and that it is actually revolutionary, you might want to know what else you can do with this great smartphone.

The answer to that question is a pretty simple one if you love customizing devices as much as we do: install a custom ROM. Even though the mega battery size sounds impressive and the Xperia Z5 Premium does an excellent job of keeping as much battery life going as possible with not always trying to show the Ultra HD display, it still uses more battery life than other smartphones with regular HD screens. For that reason, the 3420 mAh battery doesn’t work as well as you might have though.

The obvious thing to do to fix this problem is to install a custom ROM with a focus on better battery life by reducing the stock applications that are on the device. There are almost always custom ROMs out there for good devices with a focus on making Android clean and getting rid of the bloatware. That helps heaps with keeping as much battery reserved as possible, and it also goes a long way to keeping your battery healthy in years to come when you might otherwise have to find some way to replace it or replace the phone entirely.

LineageOS, otherwise known as LineageOS Android Distribution or just Lineage, has taken over from where CyanogenMod left off. Yes, it was terrible news when everyone found out that CyanogenMod was not going to be a company making ROMs at all anymore, but nothing much has changed since many of the same group of people are now operating under the new LineageOS name instead.

As you would expect, the LineageOS is really popular at the moment and is picking up where CyanogenMod left off. The current version of the LineageOS that everyone wants to install is the 14.1 version that is available here. LineageOS 14.1 is based on the Android 7.1.1 Nougat software update which is the latest possible version of Android that you can install on any smartphone. I mentioned above that one of the reasons you would want to install a custom ROM on the Sony Xperia Z5 Premium handset is for making that battery last longer, but still the number one reason for installing a custom ROM, in general, is updating to newer versions of Android, and that’s even better when you can update to the latest version possible. That is what is making this LineageOS 14.1 custom ROM so attractive for so many devices right at the moment

You have to be careful these days when browsing the XDA-Developers we forum because not every custom ROM is labeled as a ROM anymore like the old days where it said it in the title. Regardless, few people will know to not look past thread that says “Android open Source Project.” if you aren’t installing something that says CyanogenMod or LineageOS, then your next best bet is that your ROM is going to have something to do with the Android Open Source Project. The Android Open Source Project, or AOSP for short, it the base for Android; it’s more purest form before anyone else touches it. This is the kind of ROM that you want to be installed if you want to make the most of that battery of your that I was talking about earlier.

Just to make sure that it competes well with every other custom ROM out there like the LineageOS, this version of the AOSP is based on the Android 7.1.1 Nougat software update. Android 7.1.1 Nougat comes with a few nice features that make it worthy of being an update, including battery usage alerts, and a few Google Pixel and Google Nexus specific updates. That only leaves one feature that you will find on the Sony Xperia handsets, but the battery usage stats is a good one to have.

Most custom ROMs that you’ll find available on the XDA-Developers web forum don’t typically come with their own slogans, but the Kryptonian custom ROM is apparently the “ROM of awesomeness” according to its original poster and presumed leading developer. So, is that just intended to provide a bit of humor or is it really a great ROM to install. The answer is probably a bit of both or somewhere between the two.

If you want to do your battery wonders, you should install the AOSP since it comes debloated to the max since there isn’t anything on it apart from the bare basics of Android. Well, this Kryptonian is another alternative that you can install too because the developer says this ROM is battery optimized. Apart from it being battery optimized, I wouldn’t expect too much else from this ROM. The download page says it does give “Android N” settings and system U, so you get some features from Android Nougat. But whenever you see just the letter written instead of the name, you know that’s because the name wasn’t revealed yet and that means this ROM is going to have been developed before the release of Android Nougat, making it rather old already. There are better options out there than this ROM if you want to run the latest version of Android.

CyanogenMod isn’t a company anymore because it went bust. One of the reasons for that is because they didn’t make the most of their opportunities. While the CyanogenMod custom ROMs were popular, they would have had a lot more uses had people been able to see what features one of their ROMs has, but the developers never released its features. Instead, they made users install the ROM to find out the features then. That’s terrible for media coverage of these ROMs, and it’s also just bad business in general because even if you do install the ROM, it doesn’t mean you are going to be able to list all of its features.

When you install a custom ROM on your device, you are swapping over the complete operating system for a new operating system. A kernel on the other hand just changes what the existing operating system does. More officially, the way the operating system distributes its processing capabilities. If you want to have a new kernel that is based on the stock ROM, then you can try out Zach’s kernel Playground. Zach himself announces that this kernel is a work in progress, but it is receiving heaps of downloading which suggests what he has accomplished so far is pretty good.

There’s another kernel available you can install on the Sony Xperia Z5 Premium smartphone that lets you have a custom recovery image and root access. From my understanding, this kernel doesn’t automatically have root access when you install it, but all you need to do is run the ADB command “adb root, ” and then you have root access. You will need to install ADB on a computer for that to work, of course. Once you have root access, then you can start installing the root applications.

You can read up on more information about how this kernel works from its download page that links through to its XDA-Developers thread.

The most interesting feature here is the fact that this kernel is underclocked, so the CPU performs at a slower rate than it was designed when you opened it out of the box. More common is having one that is overclocked to increase the performance of the hardware. The benefits of underclocking are the hardware has less stress, is worked at lower temperatures, doesn’t consume as much power and should technically help increase the life of the battery and the hardware in general.

We will continue to add more inclusions for the Sony Xperia Z5 Plus custom ROMs when they are developed and become available.

Mathew is a qualified Microsoft Windows systems administrator (MCSA) who has covered OSs, browsers, the internet, and related tech since 2011. He is the founder and editor of ConsumingTech.com and is a freelance tech writer for various publications around the Web. Mathew graduated from DDLS Melbourne (now Lumify) in 2011. He grew up in Melbourne and lives in rural Victoria, Australia. Read Mathew's full biography. Mathew's social profiles: Twitter, Facebook, Mastodon, Instagram, LinkedIn, and GitHub.
« Custom ROMs for Amazon Fire [List]» Custom ROMs for Xiaomi Redmi Note 3 [List]