A computer that runs on the Windows 10 operating system is capable of streaming HDR (high dynamic range) video when the computer’s display is optimized for the HDR video and has the “Stream HDR Video” feature turned on from the Video playback settings.

This feature is now available from the Settings application starting from the Windows 10 build 17063 software update.

The update will eventually roll out to your computer automatically, or you can sign up to become a Windows Insider and get Insider Preview builds early, before they are officially released to the general public.

Note: Everyone needs to calibrate the computer’s display for HDR video if you have a display that is set up for HDR video.

How to Calibrate Display for HDR Video in Settings Application

Now from the Apps left side pane, click on the “Video Playback” link. 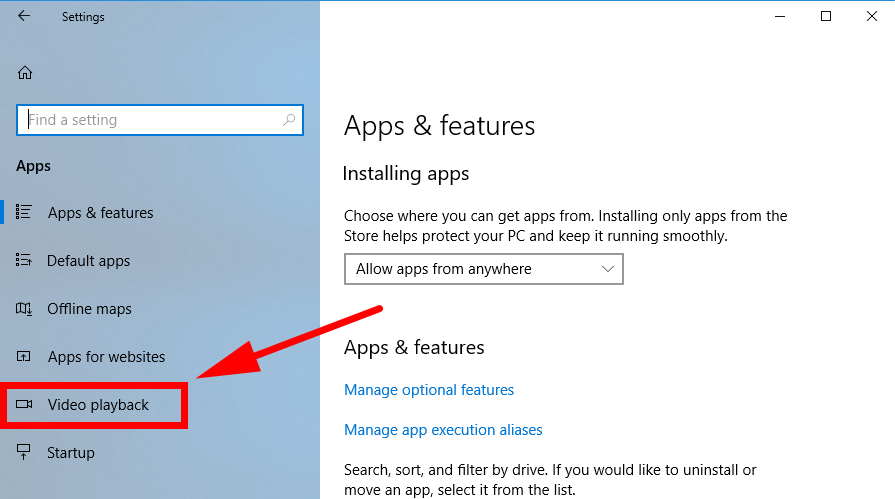 Now in the Video Playback’s right side pane, under the Video Playback heading, there will be a link that says “Calibrate your display for HDR video.” If you do not see this link, it will be because you have another message instead that says that you don’t have a display set up for it. 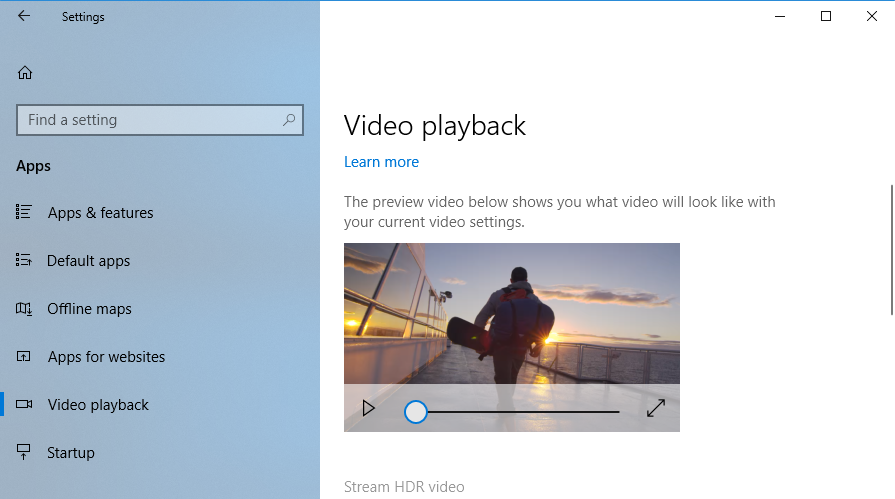 When you enter the area for calibrating, you’ll see two arrows in the bottom right-hand comer of the picture on your computer’s display for you to click on. Next, click on the “Play” button on the bottom left-hand side. Now move the slider to adjust the calibration to how you want it.

Mathew is a qualified Microsoft Windows systems administrator (MCSA) who has covered OSs, browsers, the internet, and related tech since 2011. He is the founder and editor of ConsumingTech.com and is a freelance tech writer for various publications around the Web. Mathew graduated from DDLS Melbourne (now Lumify). He grew up in Melbourne and lives in rural Victoria, Australia. Read Mathew's full biography. Mathew's social profiles: Twitter, Facebook, Mastodon, Instagram, LinkedIn, and Github.
« Enable/Disable Adobe Flash Player in Microsoft Edge in Windows 10» Turn On/Off Embedded Handwriting Panel in Windows 10