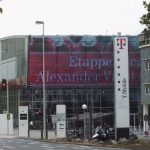 T-Mobile is one of the world’s biggest phone carriers based out of the US, and it just got a lot bigger after figures revealed a boost of 1 million customers in Q3 of 2013. It wasn’t all flukes either, with several new technologies and advancements taking place in the company during that time. It didn’t take long for them to pay big dividends.

The big news that gained many people’s attention and gained the company more users was the international data roaming charge dropped. This data can rack up huge bills, so big that there’s been several people on TV current affairs shows over the ordeal. It can leave people in tremendous debt, and the publicity combined with people being insecure when it comes to understanding devices has led that to be a huge selling point for T-Mobile.

T-Mobile also made some big changes to the way their plans work. The old 24-month cycle is finished, and it was replaced with an option to change devices after just 12 months.

“T-Mobile’s Un carrier approach is resonating with consumers. Part of our customer momentum comes from the MetroPCS acquisition. With MetroPCS we are making great progress, including the planned more expansion of the MetroPCS brand into another 15 additional markets by November 21. Our momentum is great, and we have confidence that we can continue to deliver sustainable and profitable growth.”

Mathew is a qualified Microsoft Windows systems administrator (MCSA) who has covered OSs, browsers, the internet, and related tech since 2011. He is the founder and editor of ConsumingTech.com and is a freelance tech writer for various publications around the Web. Mathew graduated from DDLS Melbourne (now Lumify). He grew up in Melbourne and lives in rural Victoria, Australia. Read Mathew's full biography. Mathew's social profiles: Twitter, Facebook, Mastodon, Instagram, LinkedIn, and Github.
« Nokia Illusionist Tablets In 2014, Will Have Qualcomm Processor & Windows 8.1 RT» 2012 Nexus 10 Heading To India Now, 16GB Tablet For $480