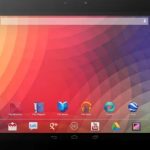 What a country’s economy often like will depend on what type of tablets are to be expected to head in that direction. Take India: A country that thrives off of technology, but sometimes the expensive goods just won’t be that big of a hit in that area so the manufacturers don’t ship them there.

The Nexus 10 is a tablet that was nearly included on the list of have-nots, but today Google changed its mind. The fact that it’s nearly a year old and released 12 months before the brand new Nexus 5 means that they can afford to drop the price down from what it was and ship it over to India. Google has done the same thing in other parts of the world too, and the price drop stays the same for everyone in percentage terms. There’s no shame in owning this one either as it’s still a more than capable bit of hardware to use no matter where you are.

The base 16GB model will be $480 and the 32GB will be $530. In Indian translation that equates to 29,988 and 32,999 in the local currency. We are expecting the 16GB version to be more of a hit in this market, but the bigger 32 is the better deal that stretches people’s budgets too far from the last year’s device.

The Google Nexus 10 has a 10.1-inch Super PLS TFT display, Corning Gorilla Glass, an Exynos 5250 chipset with 2 GB of RAM, and 16 or 32 GB of internal storage. For an operating system, it has Android 4.2 Jelly Bean with Wi-Fi Direct, Bluetooth 3.0, and NFC all expected fully operational within the tablets ecosystem.

Mathew is a qualified Microsoft Windows systems administrator (MCSA) who has covered OSs, browsers, the internet, and related tech since 2011. He is the founder and editor of ConsumingTech.com and is a freelance tech writer for various publications around the Web. Mathew graduated from DDLS Melbourne (now Lumify). He grew up in Melbourne and lives in rural Victoria, Australia. Read Mathew's full biography. Mathew's social profiles: Twitter, Facebook, Mastodon, Instagram, LinkedIn, and Github.
« 1 Million New People Use T-Mobile In Q3 Of 2013» How To Improve The Battery Life Of The MS Surface Pro 2