Home » Question and Answer » What Does OEM Unlock Mean?

What Does OEM Unlock Mean? 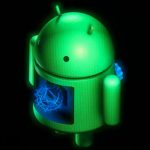 My Android smartphone has an option from the Settings called OEM Unlocking. What is it and why do I need it? Resolution:

Two mobile operating systems run on the vast majority of smartphones today. They are iOS and Android. Recently it was reported that over 50% of smartphones now run iOS in the United States of America. That is when you put iOS next to Android even though Android runs on over 150 different smartphones compared to Apple’s single device.

Android and iOS are not easily comparable. Jailbreaking isn’t the same thing as unlocking the bootloader exactly. Jailbreaking iOS is best compared to rooting Android. And unlocking Android’s bootloader via OEM Unlock is best compared with unlocking an iPhone. Though these two terms are not exactly interchangeable either. When an Apple user unlocks an iPhone it is unlocking the restrictions put in place by the carrier rather than the manufacturer. When you unlock an iPhone, you are removing the lock in place that forced you to use a carrier and opening it up to more carrier options. When you OEM Unlock an Android, you are removing the restrictions put in place by the manufacturer (rather than the carrier), thus allowing you to install things like custom firmware (custom ROMs). Custom firmware is usually a customized version of the existing open-source operating system that has been altered from its original code. When you have an unlocked bootloader, you can install entirely new operating systems on the device if you really wanted; there are no limitations in terms of what you can run.

Android users who do customize their operating systems with custom firmware or entirely new operating systems are very appreciative of being able to do it. As you could imagine, there are security measures in place for a manufacturer to know whether a bootloader has been unlocked. And if it has, the warranty is instantly void. This is because once the bootloader is unlocked, the manufacturer cannot tell exactly what you’ve changed and many possibilities have been opened as to how you may have harmed your device. So be warned: Don’t expect any help from the manufacturer after unlocking the bootloader. It’s best left to experts who know they will not brick their devices.

Mat Diekhake is the editor of ConsumingTech.com. He has been inseparable from the internet since Web 2.0 in 2005, and by 2008 decided on a career in IT. With a never ebbing desire to cover technology, he spends most days consumed by Windows, Linux, and Android in particular. Though he has spent innumerable hours learning consumer software in general, formally and as an autodidact, and has personally authored over 10,000 articles since 2010. He is a qualified Microsoft Windows systems administrator (MSCA). Read Mathew's full biography. Mathew's social profiles: Twitter, Facebook, Instagram, LinkedIn, and Github.
« Unblur Course Hero with Inspect Element» No OEM Unlock in Developer Options on Samsung