The Samsung Galaxy Xcover 2 GT-S7710 has received the XXAME1 Android 4.1.2 Jelly Bean official firmware update. This guide will show you how to install it on your Android devices. This update was available as an over-the-air update for people residing in Poland. People in Poland can update their device through the settings. For people outside of Poland, however, you will need to follow this guide to set the firmware upgrade on your Xcover 2.

As you’ll notice in the name, this version has the number two in front of the one instead of the other way round. What that tells us is that it is the second coming of that original software and as such has some things that are different. When the original one came out, it had an all new Google Now. It was great, and Google was clearly excited about it because they choose to create a dedicated widget from the lock screen for it. They’ll believe this as useful quick access, but the rest of this will put it down to being a bit too excited. Since then they have removed this, and everything else for that matter, from the lock screen so that there is nothing to do there, but unlock the real device itself. You will get the picture of a lock in white and by using a hand gesture and swiping it will then give you access to the mobile and tablet. There are a few differences if it is a tablet you want this for, but that won’t concern us now. 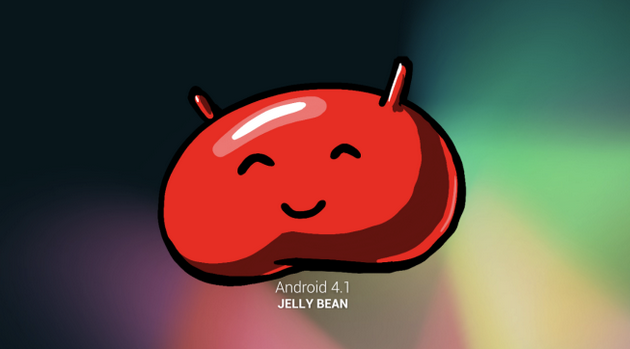 Once it is open, one finger will open up the notifications. When we use two, it will present you with the quick settings. If you look at the top right hand corner, there will be an icon that acts as a switcher. Using that will let you swap this around, so it works in reverse. Other than that, there isn’t a great deal of difference between this version and the old one when it comes to settings.

While on the subject of settings, something I’d love to show you is the “Bean Flinger” application. To get this, go all the way down the setting’s list until you get to the about phone section. Click in here and click once again on the numbers that should correspond with the ones at the top of this article. Now you’ll get to play a little game here, which is like fruit ninja, but using the jelly babies instead. It’s a fresh introduction to this software. It’s not going ever to go platinum in the play store or anything like that, but give it a try since they put the effort in to make it for you. It’s also a good way to introduce you to how smooth and fast this operating system is. It’s Much better than it was before. Scrolling and swiping when changing screens will also open anything up, and it will have you amazed.

The Galaxy Xcover will be plugged into the Windows-based computer when you are using ODIN. There is no reason to have a lot of battery left before you starting for this reason. You should finish the guide with more battery power than when you started.

If you are only trying to update manually because you don’t think it has arrived OTA for you yet, then head over to Settings > About Phone > Software Update and double check before you start. Sometimes it can be there, and you didn’t realize. If it is there, simply confirm the automatic installation instead!

2. Extract both of the zip files to the PC. We always recommend the desktop for easy access.

3. Power down the device and boot it back up into download mode.

4. Run ODIN 3.07. Make sure it is running in administrator mode.

5. With the USB cable provided, connect the Galaxy X Cover 2 into the PC.

– You will know if it worked properly by seeing an added message appear inside ODIN.

– Everybody needs to make sure that the Auto Reboot and F. Reset Time options have checks in the boxes.

7. Be on the lookout for the start button in ODIN. Click start to begin the flashing the phone. Wait up to 15 minutes for it to finish. When it has finished, it will reboot automatically. If it worked, a pass message should appear on the screen.

8. Remember to always right-click the USB symbol in the Windows taskbar and click on the green arrow that says ‘safely remove hardware’ when you hover the cursor over it. Now right-click > select the gray area >USB Mass Storage Device > stop button > select the flash drive in the ‘stop a hardware device’ section and click OK. It will now say ‘safe to remove hardware’ in a bubble that’s popped up on the taskbar.

Mat Diekhake is the editor of ConsumingTech.com. He has been inseparable from the internet since Web 2.0 in 2005, and by 2008 decided on a career in IT. With a never ebbing desire to cover technology, he spends most days consumed by Windows, Linux, and Android in particular. Though he has spent innumerable hours learning consumer software in general, formally and as an autodidact, and has personally authored over 10,000 articles since 2010. He is a qualified Microsoft Windows systems administrator (MSCA). Read Mathew's full biography. Mathew's social profiles: Twitter, Facebook, Instagram, LinkedIn, and Github.
« How to Update Samsung Galaxy S3 I9300 to Android 4.2.1 Jelly bean (XXEMD2 Firmware)» How to Update Samsung Galaxy S Advance I9070P to DXAME1 Android 4.1.2 Jelly Bean