Computers long ago now mainly had 2-bit processors and they were replaced with 64-bit processors. All computers you buy nowadays, including your laptops should be fitted with a 64-bit processor. Even the original Surface Pro came with one. 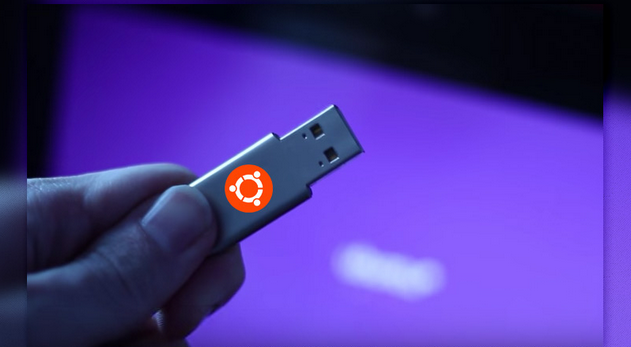 The news arrived in the mailbox of all members of the release team. The email from John Ledkov was s follows:

Dear Release team, Please action the below and remove Ubuntu Desktop i386 daily-live
Images from the release manifest for Beta and Final milestones of 17.10 and therefore do not ship ubuntu-desktop-i386.iso artifact for 17.10. As a followup to this thread it has been confirmed that argumentation below is sound, and furthermore, there is no longer any effective QA or testing of the desktop product on actual i386 hardware (explicitly non x86_64 CPUs). There are no other changes requested to d-i, mini.iso, archive, or the upgrade paths. Regards, Dimitri. 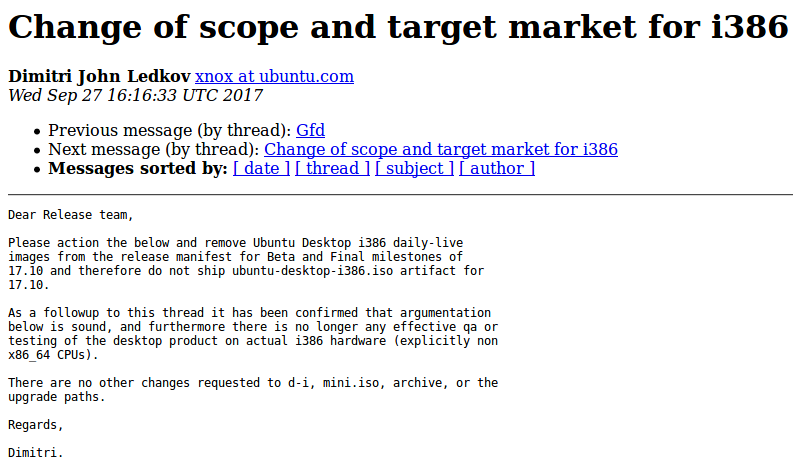 The email sites a change in scope and target market as the defining reasons for stopping the 32-bit images. In other words, most people are now well and truly running computers with 64-bit processors, and that isn’t likely to change. What’s more, it’s highly recommended that you make the change as soon as you can afford to if you haven’t already because the 64-bit processors are considerably better.

The change from Ubuntu means that anyone using the older hardware with 32-bit is going to be forced to changed distributions to one that still supports 32-bit computers or continue using the version of Ubuntu that you are using now and not have the chance to upgrade until you buy that new computer that has the 64-bits.

The Manjaro Linux distribution was the first major one to break the news about no longer supporting 32-bit ISO images, and there will presumably be more distributions following suits soon.

The news shouldn’t be a huge concern for most because the vast majority of people are already running the 64-bit processors. Linux wouldn’t be canceling the 32-bit images otherwise. It’s also possible that you might be running a 32-bit of the operating system when you could be running a 64-bit version instead. People commonly make that mistake when doing things like installing web browsers such as Google Chrome. For some strange reason, Chrome seems to be hell-bent on offering the 64-bit version of the browser at the bottom of the download page instead of the primary link at the top that most people click on. As such, voluminous amounts of people are running a 32-bit version of Chrome on 64-bit computers. Try not to make the same mistake with your operating systems.

Mathew Diekhake is a certified Microsoft Systems Administrator from Australia and also the founder and editor of ConsumingTech.com. With a never ebbing desire to cover technology, he is mostly consumed by Windows and Android. However, he has spent stacks of hours learning about a variety of computer software, both formally and informally, and has authored tens of thousands of tutorials and news articles since 2011. Mathew has obtained many Microsoft certificates and is a qualified Systems Administrator (MSCA). Read Mathew's full biography. Mathew's social profiles: Twitter, Facebook, Instagram, LinkedIn, GitHub.
« Microsoft Edge Extensions, One Year Later » Windows 10 Insider Preview Build 16299 for PC Announced