Evernote is a very popular application that is available for smartphones, tablets and computers for keeping a collection of your notes. People use Evernote for keeping track of information like they would with Notepad on Windows. The reason why Evernote became so popular was that you could use the app across multiple devices and multiple operating systems.

There are some pretty good alternatives out there these days. Many people preferred putting faith in Evernote as being the best long-term option since it doesn’t have ties to any particular operating system. Microsoft OneNote obviously does have ties to Windows since Microsoft owns it, but OneNote is an excellent alternative as of today.

One of the reasons I am considering making the change to OneNote is because Microsoft OneNote remains free to use — no matter how many devices you want to open it up on and the privacy policy of Evernote has spooked a lot of people. With a new privacy policy update in late 2016, Evernote now says it has the right to read all of your notes. With Microsoft’s Onenote, that is not the case. Also, OneNote remains free, but Evernote wants you to pay for a premium version of the app if you want to be able to open up the same notes on more than two devices. What’s more, the prices continue to rise with Evernote to make that happen.

If you do decide to stick out the wait with Evernote and hope things get better, nobody will blame you. Things are pretty good over there after all, and it’s still an app used by many iOS enthusiasts. One of the routine problems that people have though is that they sign into Evernote using the wrong email and then want to sign out again so they can sign into the right email instead. You’d think that would be pretty easy to do, but it isn’t. Apps these days have a tendency to make signing out a difficult thing to navigate to, unfortunately, in what seems to be an attempt to keep you signed in, not realizing that sometimes people just want to sign out for a good reason that doesn’t involve not using the app anymore.

If you have opened the Evernote application on Android and seen that there aren’t any notes there, it is probably because you have signed into the wrong Evernote account. To fix the problem, click on the three dots in the top right corner of the smartphone’s screen when you have the app open.

You’ll then see three different options to choose from. The one you want is the “Settings.” Tap on it now to open up to the Settings of the Evernote app. 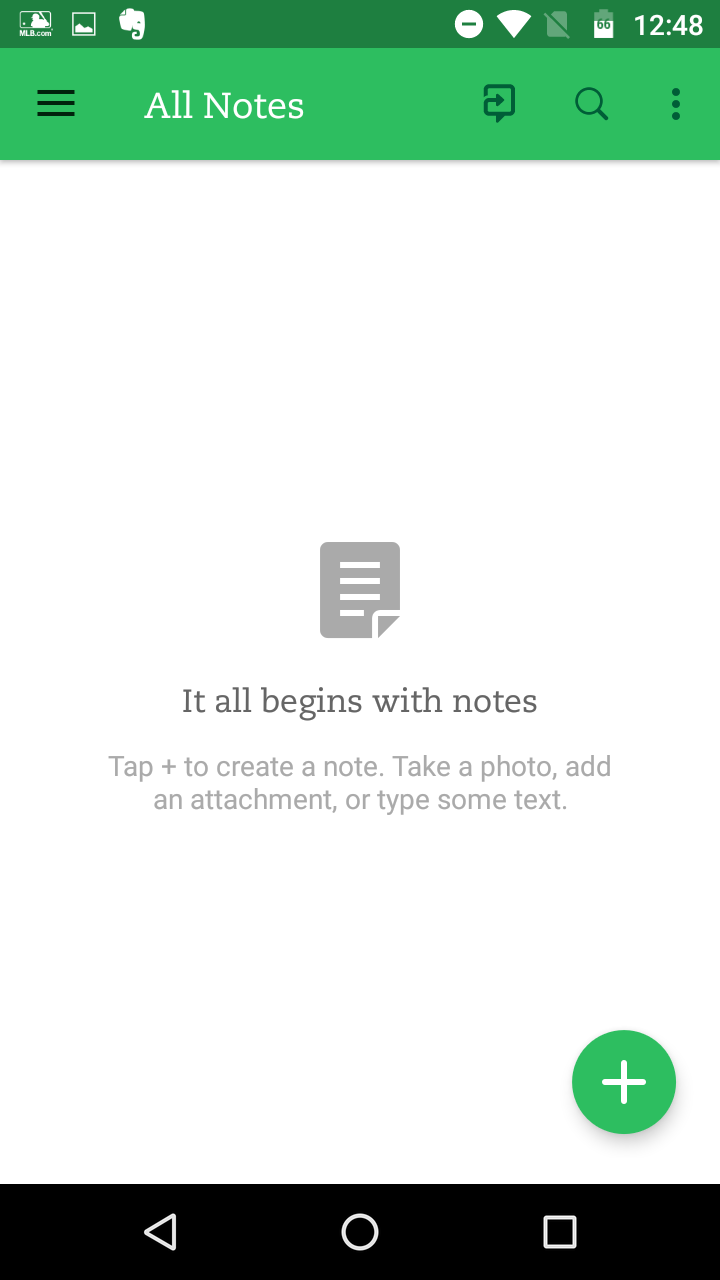 There are three different options to choose from on the display of the device now. The one you want is the “Settings.” Tap on it now to open up to the Settings of the Evernote app.

The Settings page can look confusing, and you wouldn’t be the first one who didn’t know how to sign out from here. The main reason for that is because the option you want says “Upgrade” next to it, making people think that it is only relevant to upgrading people’s accounts from the basic free version to the premium version. Tap on the “Account Info” link to continue to where you need to go to sign out of the app.

The Account Info page shows you a bunch of different things, but you need to scroll down the page if you are using a mobile phone that is roughly 5 inches in size to get to the option for signing out of the app.

You’ll now be signed out of the old email that you were signed into and ready to sign into a new account. To do that, just exit the app and then enter it again and you’ll be greeted with the screen you need to enter your new email and password that you wanted. If you didn’t have any plans to reenter the Evernote app, well, that’s perfectly fine too — you don’t have to.

Mathew Diekhake is a certified Microsoft Systems Administrator from Australia and also the founder and editor of ConsumingTech.com. With a never ebbing desire to cover technology, he is mostly consumed by Windows, Linux, and Android. However, he has spent stacks of hours learning about a variety of computer software, both formally and informally, and has authored tens of thousands of tutorials and news articles since 2011. Mathew has obtained many Microsoft certificates and is a qualified sysadmin (MSCA). Read Mathew's full biography. Mathew's social profiles: Twitter, Facebook, Instagram, LinkedIn, Github
« How to Change User Account Control (UAC) Settings in Windows 10 [Tutorial]» How to Block Someone in Gmail