As the story goes, Odin was developed by Samsung, but then they didn’t decide to release it under their name officially. Still, it is the flashing tool that everyone uses, and developers continue to develop it to be compatible with more devices and compatible with more operating system versions. We can only assume that this is the Samsung developers doing this behind the scenes even though they don’t take credit for it as being their official flashing tool for people to use. When we say flashing, we aren’t just talking about ways to get root access and do questionable things. 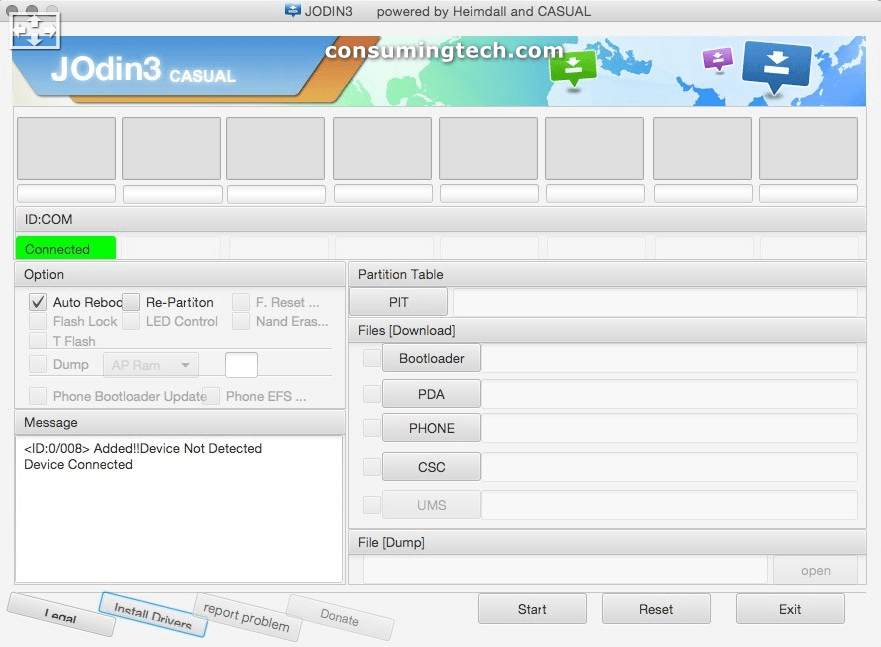 The flashing tool is also what everyone uses if they ever want to flash a firmware file manually. In other words, update their devices to different official versions of Android on a computer when they want instead of accepting over the air notification for those same updates that arrive on the display of the mobile device. Part of the reason could be that when people have a different ROM instead (which Samsung does not want to promote) or when people have root access (which Samsung does not want to encourage) then those are times when people have no choice but to flash firmware files manually. With that being said, there are times when a standard user who runs stock Android without root access wants to install the firmware manually using the Odin flashing tool too.

The problem that people have faced over the years since Samsung smartphones and tablets first came out was that Odin was only available for Windows operating systems and nothing else. After a few years, people had found out ways that they could eventually get Odin to run and flash the firmware on other operating systems, but there was never an official Odin tool for Mac users. The reasons for why that was so are pretty obvious at least from my perspective: an overwhelming amount of people owned the Windows operating system, and only a minority of individuals were running on Mac, so they didn’t bother creating a Mac version; it didn’t mean enough to them.

While that attitude from the Odin developers hasn’t changed, there are other developers out there trying to solve the problem. JOdin3 is a cross-platform tool that allows for Odin to be installed on Linux, Mac and Windows operating systems according to its developer, Adam Outler, and it’s sure to satisfy many Mac and Linux users who have been waiting for the chance to run Odin.

If you aren’t familiar with how to use the Odin flashing tool, you can check out our other guide that goes into detail about what buttons you need to press and everything to do with the flashing tool setup process.

Mathew Diekhake is a certified Microsoft Systems Administrator from Australia and also the founder and editor of ConsumingTech.com. With a never ebbing desire to cover technology, he is mostly consumed by Windows, Linux, and Android. However, he has spent stacks of hours learning about a variety of computer software, both formally and informally, and has authored tens of thousands of tutorials and news articles since 2011. Mathew has obtained many Microsoft certificates and is a qualified sysadmin (MSCA). Read Mathew's full biography. Mathew's social profiles: Twitter, Facebook, Instagram, LinkedIn, Github
« Root Samsung Galaxy Tab 4 10.1 SM-T530 on Android 5.0.2 (matissewifixx)» How to Create Bootable USB Recovery Drive in Windows 10 [Tutorial]