We’ve bought the Dell XPS 13 and XPS 15 from last year, and we loved the fact that on both laptops the webcam was positioned at the bottom of the screen.

While the DELL XPS 13’s webcam didn’t look great with the white background, you were happy to accept its looks knowing that it was giving you the Windows Hello facial recognition. 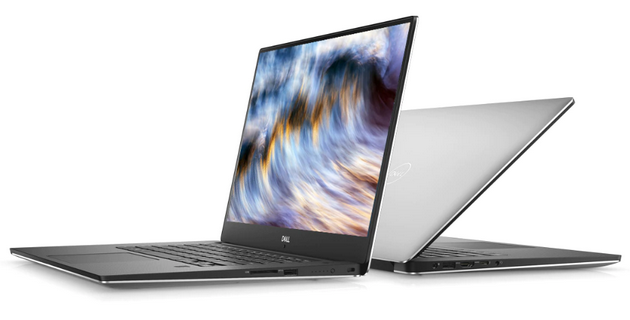 The Dell XPS 15 only came in the darker carbon fiber, and there was nothing wrong with the way the webcam appeared.

On both laptops, the bezels were beautiful because they were thin and even all the way around. Sadly, that won’t be the case anymore, as the popular opinion around the internet from bloggers and YouTubers is the webcam shouldn’t be at the bottom.

The argument was that the webcam at the bottom didn’t give good performance when making the video calls because of the angle of the camera on the person’s face (some would call it “nasal view”). And while that might be true, the reality is that these companies know how many people use webcams, and based on Dell’s willingness to shift it to the bottom of the screen, it probably isn’t very often.

We loved the idea of sacrificing the webcam performance—which we hardly ever use anyway—for having a better-looking laptop bezel. But when these YouTubers with millions of followers express their views, it forces these companies to act. And sadly that is what has now happened with this year’s models of the flagship XPS range: the webcams are moving back to the top of the screen. Subsequently, you’re going to have a thicker bezel at the top of the screen, and the thickness will be different than on the sides, all for the sake of a webcam that few people used anyway.

What’s more, the webcams on last year’s models worked great with the facial recognition, so that wasn’t a problem either.

Even with the unfortunate new webcam placement, the Dell XPS 15 will still be one of our favorite laptops on the market. HP’s designs are ones that we aren’t sure we could look at all day every day if they were in front of us, and while Dell laptops still have quirks, their top-notch support on social media and from their website means you can always get quick assistance when you need it. For now, that’s enough of a reason to stay away from some of the lesser known manufacturers if you’re living on a tight budget and don’t have a lot of spare time.

Mathew Diekhake is a certified Microsoft systems administrator from Australia and also the editor of ConsumingTech.com. He has been inseparable from the internet since Web 2.0 in 2005 and by 2008 decided on a career within IT. With a never ebbing desire to cover technology, he spends most days consumed by Windows, Linux, and Android in particular; however, he has spent innumerable hours learning consumer tech software in general, formally and as an autodidact, and has authored tens of thousands of tutorials and news articles since 2011. Mathew has obtained numerous Microsoft certificates and is a qualified sysadmin (MSCA). Read Mathew's full biography. Mathew's social profiles: Twitter, Facebook, Instagram, LinkedIn, Github, Reddit.
« How to Remove Amazon Shopping Assistant Adware (Malware Removal) [Tutorial]» How to Remove Adware, Pop-up Ads and Malware from Web Browser (Malware Removal) [Tutorial]