The Samsung Galaxy Tab S2 tablet does not come with root permissions out of the box. However, each Android operating system always has root user permissions available; they have just decided to lock them up so neither you or I can use them. The only way we can use them is if we follow a guide that lets us root the device, such as the way here with the Samsung Galaxy Tab S2 tablet running on the Android 6.0.1 Marshmallow update. 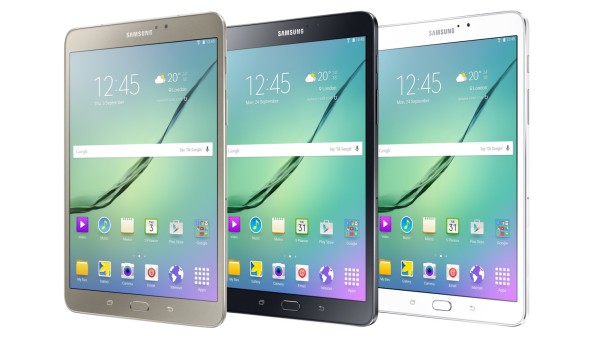 The CF-Auto-Root tool is made uniquely for each device and the software it is running. Chainfire has based the CF-Auto-Root tool found in this guide on the MMB29K.T710XXU2CPD9 firmware build number which is part of the Android 6.0.1 Marshmallow updates that rolled out to at least one area in the world for the Samsung Galaxy Tab S2 8.0 SM-T710 tablet. It does not matter if your tablet is running the same firmware build number or another version. Chainfire just gives that information for you to use as guidelines. He does not provide that information because you need to be running the same firmware. You can run any firmware that is based on the Android 6.0.1 Marshmallow software update for the Samsung Galaxy Tab S2 8.0 SM-T710 tablet, and it should work just the same.

You need to have a computer that is running a version of the Windows operating system to use the flashing tool that is in this tutorial. The flashing tool we are using is the Odin flashing application and it does not run on MacOS or Linux distributions.

There might be some Android updates that Samsung and your phone carrier networks roll out for the Samsung Galaxy Tab S2 tablet that is still based on Android 6.0.1 Marshmallow that brings new bootloaders with them. These issues do not usually happen because new bootloaders are found in the larger updates that update to newer versions of Android, so as long as you are running Android 6.0.1, the file in this guide should be work for you. However, if your file does need updating because your Galaxy Tab S2 does not boot or does not flash, you need to submit the new recovery image files found in the new firmware builds to the official CF-Auto-Root thread made over at the XDA-Developer website. That thread has been created by Chainfire, who is the man behind the CF-Auto-Root tool. Chanfire will see your messages and then apply the required updates to the rooting file on his end. Those changes are automatically reflected in our guides as soon as he makes the changes because we link back to the original CF-Auto-Root tool repository.

In conclusion, that is how to root the Samsung Galaxy Tab S2 8.0 SM-T710 when it is running on the Android 6.0.1 Marshmallow software updates by using another version of the CF-Auto-Root tool by Chainfire. The tablet now reboots back into the normal mode as it says on the screen ad you are then able to install the root checker application from the Google Play Store. The root checker app checks the root status, and it does all of that free or charge. However, there is a paid version of the root checker app that can do even more such as give you the pleasure of having BusyBox installed.

Once you have checked the root status of the Samsung Galaxy Tab S2 tablet, you can see all the things you can do with the root Android and then decide in what direction you would like to head. You might be interested in installing the root applications that require root access to run, or you might want to do something else entirely. Some of the things you can do from this point include installing a custom recovery, installing a custom ROM, remove the system apps some people refer to as bloatware, increase the hardware performance, and improve the battery life. Many of those things you can do by installing applications that require root access to the Samsung Galaxy Tab S2’s internal system to run.

Furthermore, you can try installing another version of Samsung’s Odin application if you need to use a version that is different than the Odin 3.10 that Chainfire packages in with the rooting tool. There are times when people try using the Odin 3.10, and it does not flash, so they try another version of Odin 3.09, and it does flash. That might be your solution if you are willing to give it at least a go.

Mathew Diekhake is a certified Microsoft Systems Administrator from Australia and also the founder and editor of ConsumingTech.com. With a never ebbing desire to cover technology, he is mostly consumed by Windows, Linux, and Android. However, he has spent stacks of hours learning about a variety of computer software, both formally and informally, and has authored tens of thousands of tutorials and news articles since 2011. Mathew has obtained many Microsoft certificates and is a qualified sysadmin (MSCA). Read Mathew's full biography. Mathew's social profiles: Twitter, Facebook, Instagram, LinkedIn, Github
« Root Samsung Galaxy Note 5 SM-N920W8 on Android 6.0.1 Marshmallow» Root Samsung Galaxy Tab S2 8.0 SM-T715 on Android 6.0.1 Marshmallow