The CF-Auto-Root tool is a complicated rooting application that is also very deceptive because it does not result in much work for the end user. CF-Auto-Root by Chainfire works by flashing a modified recovery image and cache image which is then used to flash the SuperSU and enable the SuperSU before finally reflashing the stock recovery so any evidence of the modified recovery image is gone. The result is your device has SuperSU empowered and granted your device root permissions. In other words, you are officially the root user on the Android operating system that is running on your device which means you can finally start installing the applications you were hoping to install, but the handset would not let you.

Chainfire’s CF-Auto-Root packages are primarily made for Samsung devices, and they have been around for a long time. The way CF-Auto-Root works with Android Marshmallow builds is different from it used to work. Most versions of the CF-Auto-Root tool from Android 5.1 Lollipop and above and now what is known as “systemless” root methods. Chainfire has always liked keeping a device as close to stock Android as possible which is why he wants to give people the chance to keep a stock recovery image and have rooted device at the same time. Things get even cleaner yet again when we talk about the systemless root in comparison to the older versions of the CF-Auto-Root tool. 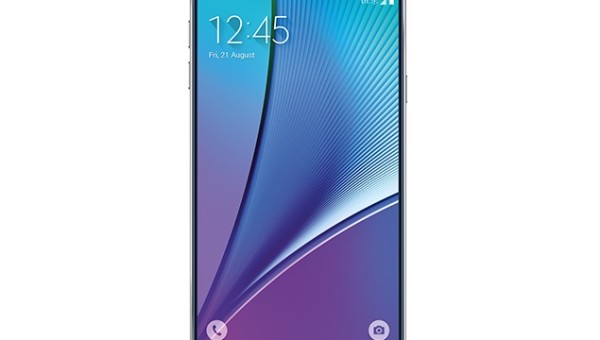 The systemless root tool version makes it much easier to accept over the air software updates for your device, and that is largely why the FlashFire app is now so popular to install. Interestingly, the Android developers have stepped up the security with Android 6.0 Marshmallow in an attempt to lock people down even more than what the were in previous years. That change has lead to the way CF-Auto-Root would usually work into having to change so that it no longer relies on rooting by modifying files in the system partition like it did earlier. That has worked in Chainfire’s favor with his new FlashFire tool which could help people keep root on a device after they rooted it the first time. Moreover, since the systemless root method does not modify any files within the system partition, the results are also much cleaner. Having it cleaner is better for people like us, and it also makes it easier to unroot the device for the times when you want to sell the phone or send it away under warranty.

Related: How To Root Samsung Galaxy S6 Edge Plus SM-G928P On Android 6.0.1 Marshmallow

Whether you use the CF-Auto-Root tool that does modify the system partition or not doesn’t matter as they will both result in the ability to install the root apps from the Google Play Store. As usual, everything works apart from the Google Pay, which is locked down for root users because of the potential security risks involved. Furthermore, you can apply the systemless CF-Auto-Root tool found in this guide if you have a custom recovery installed already or if you want to install a custom recovery afterward.

The CF-Auto-Root tool is available for many Samsung devices, but it comes in a unique file for each phone. The CF-Auto-Root tool that is made to work on the Samsung Galaxy Note 5 SM-N920W8 smartphone is based on the MMB29K.N920W8VLU2BPC5 firmware build number. That is the build number that Chainfire was running on his Samsung Galaxy Note 5 smartphone with the same model number when he created the working rooting method for this device. It does not mean you need to be running the same firmware. When Chainfire creates the working rooting process with the new CF-Auto-Root tool, he does so that it works on all versions of Android 6.0.1 Marshmallow regardless of the firmware build number.

You must have the Samsung Galaxy Note 5 smartphone with the SM-N920W8 model number to use this guide. Flashing the CF-Auto-Root package found in this tutorial bricks any other model number version of the Galaxy Note 5, and you need to flash the stock firmware on the device to unbrick it.

You must have a computer that is running a version of the Windows operating system to use this guide. The Odin flashing application we use to flash the rooting file does not work on a MacOS or Linux distribution.

There could be some additional software updates that roll out for this version of the Samsung Galaxy Note 5 smartphone that brings new bootloaders with them. A new bootloader can often present a problem for the CF-Auto-Root tool in the sense that it refuses to let the kernels based on the old firmware boot. People need to leave the new recovery image files that are found in the new firmware files so Chainfire can see them on the official CF-Auto-Root thread made at the XDA-Developers forum.

In conclusion, that is how to root the Samsung Galaxy Note 5 SM-N920W8 smartphone running on the Android 6.0.1 Marshmallow software updates by suing a systemless root version of Chainfire’s CF-Auto-Root application. The systemless root version means that each time you apply a factory reset on the device, you need to root it again by following one of these guides. That should not be a problem, and you can expect this version of the CF-Auto-Root tool made for your handset to work on all versions of the Android 6.0.1 Marshmallow updates regardless of the firmware build number you are using.

The Samsung Galaxy Note 5 smartphone now reboots back into the normal mode once you see the message that is is going to reboot in ten seconds, and you should also notice a green box coming from the Odin user interface that has a pass message inside. Now your device is ready to unplug from the computer, and you can open the Google Play Store application and install the basic root checker application. We usually recommend the basic version because it is free to use and checks the source status for you. Those wanting something more can think about installing the paid version which will also give you BusyBox and potentially a couple of other things which you can invest in elsewhere anyhow.

Those of you, not all that interested in backing up solutions at this point might prefer doing some more reading on what things you can do with the rooted Android operating system when it is running on your Samsung Galaxy Note 5 smartphones. Of course, it is not all about backing up, and there are heaps of other things that might be of interest. Things like installing a custom ROM, custom recovery image, increasing the RAM, increasing the hardware performance in other ways, increasing the battery life, removing the system apps that you thin are bloatware and changing the way your smartphone looks by design are some of the most popular choices.

Furthermore, there are also some things you can try if your Samsung Galaxy Note 5 smartphone is not rooted after you complete the guide. Chainfire states that you need the Note 5 to get into the recovery mode for the installation of the SuperSU to be done properly to the point where it is enabled. You can wait until the flashing of the CF-Auto-Root tool completes and then manually boot it into the recovery mode when you see the phone reboot, and it results in the same finish which is the operating system now rooted.

Moreover, those still in need of help should just try installing one of the other Odin flashing tool versions that are available from our Odin downloader page. The version of Odin that Chainfire puts in his guides is the Odin 3.10, and it comes in a range of other versions such as the Odin 3.09 and the Odin 3.07 which works just the same. In fact, there is no wrong version of the Odin flashing tool to install; it is just a matter of which version works. None of them will ever harm your device.

Mathew Diekhake is a certified Microsoft Systems Administrator from Australia and also the founder and editor of ConsumingTech.com. With a never ebbing desire to cover technology, he is mostly consumed by Windows, Linux, and Android. However, he has spent stacks of hours learning about a variety of computer software, both formally and informally, and has authored tens of thousands of tutorials and news articles since 2011. Mathew has obtained many Microsoft certificates and is a qualified sysadmin (MSCA). Read Mathew's full biography. Mathew's social profiles: Twitter, Facebook, Instagram, LinkedIn, Github
« Root Samsung Galaxy Note 5 SM-N920T on Android 6.0.1 Marshmallow» Root Samsung Galaxy Tab S2 8.0 SM-T710 on Android 6.0.1 Marshmallow