One of the ways you can root the Samsung Galaxy Tab S 8.4 tablet is by installing a one-click rooting method made by Chainfire called CF-Auto-Root. The CF-Auto-Root tool is going to install and then enable the SuperSU application. It is essentially the same SuperSU applications that people install when they root by unlocking the bootloader and then flashing a custom recovery image like TWRP Recovery. The difference is that Chainfire’s one-click rooting tool (CF-Auto-Root) goes out of its way to remove the modified recovery that it had to install to get the SuperSU enabled, and it leaves you with the stock recovery running again. There are advantages to having the stock recovery running that Chainfire likes, and that is another reason why he enjoys making the CF-Auto-Root tool. It is not just for people who do not benefit from the complexities of getting root access to the Android internal system. It;s what you do if you do not want to have a custom recovery running on your device.

While there are many one-click rooting methods available out there on the web (KingRoot, Towelroot, One Click Root, PurpleDrake), the way they work is not the same. The KingRoot universal one-click rooting tool is a Chinese tool that works by detecting you want to use it, picking up your device information, relaying it back to its servers that hold heaps of rooting information on it, ping back the working rooting method that they know and then it applies it all by itself own after you just lick the rooting buttons once. Hence the name one-click rooting method. The way Chainfire’s CF-Auto-Root tool is much different. You flash the rooting file Chainfire has already prepared for your device and then it installs a modified recovery image which allows for the flashing of the SuperSU, then once it has installed and enabled the SuperSU, it removes the recovery it had and reflashes the stock recovery, so you are left with a device that knows you are the root user, but the stock recovery is still there.

The CF-Auto-Root package in this guide has been developed by Chainfire when he was using the Samsung Galaxy Tab S 8.4 SM-T705M tablet when it was running on the LRX22G.T705MUBU1BOK1 firmware build number which is part of an Android 5.0.2 Lollipop software update that rolled out to at least one area around the world. It does not matter if that region was your country or not because yo don’t need to be running the same firmware build number that Chainfire was running when he created the rooting tool. All you need to do is make sure you are running the Android 5.0.2 Lollipop software update and using the Samsung Galaxy Tab S 8.4 with the SM-T705M model number.

1. Log into the Windows computer using the administrators account so that the Odin flashing application can run.

2. Unlock the Developer Options menu on the Samsung Galaxy Tab S 8.4 tablet so you can turn on the USB Debugging Mode from inside.

3. Enable the USB Debugging Mode on the Galaxy Tab S 8.4 so you can then plug it into the computer with the USB cable and it allows for some develops to be done in the software.

4. Extract the rooting file from the downloads folder after you download it, and you will see several files there including the Odin flashing application and the CF-Auto-Root-XXX-XXX-XXX.tar.md5 file.

5. Run the Samsung USB Drivers on the computer so that when you do connect the tablet to the computer and turn the flashing tool it can detect your device.

6. Boot the Samsung Galaxy Tab S 8.4 tablet into the download mode and then plug it into the computer with the USB cable.

7. Double-click on the Odin flashing application from the downloads folder and the flashing app opens on the computer.

8. Check that you get a blue or yellow color coming from the ID: COM port which is letting you know that your Tab S tablet is connected to the computer correctly and that the drivers are working.

9. Click the AP button from the Odin user interface. 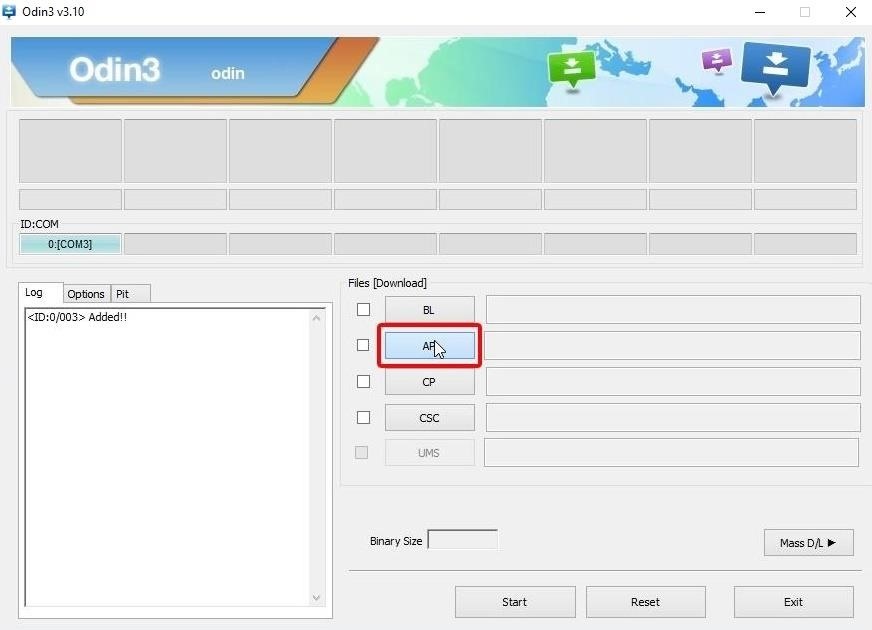 10. Browse through to the downloads folder and choose to load the CF-Auto-Root-XXX-XXX-XXX.tar.md5 file.

11. Do not make any changes from the Odin flashing application user interface.

12. Click the Start button and then wait for the flashing to begin.

13. Pick up the tablet without disconnecting it from the computer and then check the text running down the display and wait until you see the text stating that it is going to reboot in ten seconds.

14. Look up at the Odin user interface again and check that you can see a green box with a pass message coloring it in letting you know that the tablet did pass the rooting.

In conclusion, that is how to root the Samsung Galaxy Tab S 8.4 SM-T705M functioning on the Android 5.0.2 Lollipop software updates by using the CF-Auto-Root tool by Chainfire. The version for Android 5.0.2 is the original version which needs to modify the /system partition. That means you still get all the same features by being the root user, but the rooting method is slightly different. It also means you need to flash the stock ROM from the Sam Mobile website or open the SuperSU application from your app drawer if you ever want to unroot your device. It does not unroot just by applying a hard reset.

Note that flashing a CF-Auto-Root file (regardless of the device) wipes the data if the device storage is encrypted. For everyone else, there should be no data loss when rooting with the CF-Auto-Root tool.

Some smartphones and tablets in the Samsung range come with Samsung’s Knox security. The CF-Auto-Root tool trips Knox which prevents you from unrooting and using the warranty again.

Any device with a target flash counter is triggered when using the CF-Auto-Root tool. Chainfire’s Triangle Away supports many devices for this problem.

Mathew Diekhake is a certified Microsoft Systems Administrator from Australia and also the founder and editor of ConsumingTech.com. With a never ebbing desire to cover technology, he is mostly consumed by Windows, Linux, and Android. However, he has spent stacks of hours learning about a variety of computer software, both formally and informally, and has authored tens of thousands of tutorials and news articles since 2011. Mathew has obtained many Microsoft certificates and is a qualified sysadmin (MSCA). Read Mathew's full biography. Mathew's social profiles: Twitter, Facebook, Instagram, LinkedIn, Github
« Root Samsung Galaxy Note 5 SM-N920G on Android 6.0.1 Marshmallow» Root Samsung Galaxy Tab S 8.4 SM-T705W on Android 5.0.2