By the time you walk into your local phone store and pick up the Samsung Galaxy S6 Edge Plus smartphone the software running on the device (Android 6.0.1 Marshmallow) is already trained how to think. Android developers, the Samsung manufacturer and phone carrier networks each have an influence on the way Android feels and is presented to you. They block Android’s ability to do things so that it can no longer do them by the time it gets to you, and they block the capacity to let Android make other changes and disallow you to remove certain things. The things these companies do not want you to remove are the default apps.

These are the system applications put on their in the hope that you use the services presented to you by the companies like Samsung and the phone carrier network to which you are subscribed. The things Android is programmed not to allow you to install are applications that require root access to run. There are many apps out there that are good and need root access to run, but there are also many apps out there that are bad such as malware. If malware were to have root access on your Android, it would be a danger to you as it would allow that malware to move around your Android environment potentially leaping from the original app that was malware and over to your other apps like banking. 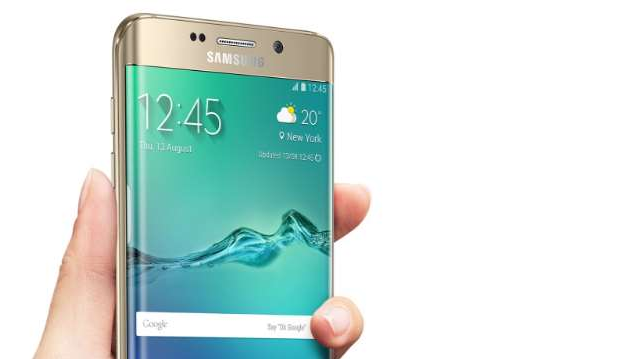 To date, the Android developers do not have a solution to this problem. About the only people who do have a solution to this issue are the people who have created reliable rooting tools. The way we recommend people go about rooting the Android operating system is by installing the SuperSU application because the way in which SuperSU works is a stroke of genius. SuperSU offers us the ability to grant root access to the apps we want to give full system access and to deny the apps we do not want to have it. SuperSU works by blocking absolutely everything that you download an application, and it sends you a message that pops up on the Samsung Galaxy S6 Edge Plus display giving you the details and letting you know that it is asking to have root access. Now it is up to you to either accept or deny that app. The idea is very simple, and it is one that the vast majority of capable geeks can handle without ever running into trouble apart from the random time your finger might slip, or your mind might not have been perfectly on the job for that moment that you were prompted. However, both of those situations do not pose a real threat because you should be able to delete the app once you realize not long after granting it root access and your system is safe again. The people who should not run with the rooted Android operating system are those who do not know what malware is and are not capable of knowing if an app is sitting on a device that shouldn’t be and so forth. These are the people who profile as someone like our fathers who have little idea about anything online. Most individuals who are young can handle using SuperSU, but unless you are confident, we do not recommend you run a rooted Android.

The CF-Auto-Root tool that was made for the Samsung Galaxy S6 Edge Plus smartphone with the SM-G928N0 model number is based on the MMB29K.G928N0KOU1BPC5 firmware build number. That is one build number of firmware that is based on the Android 6.0.1 Marshmallow software update that rolled out for this handset to at least one country around the world. It does not matter if that country is your country or even your language because you do not need to have the same firmware build number flashed on your Samsung Galaxy S6 Edge Plus smartphone to use this guide. In fact, that build number is only given to you because there can sometimes be when old images do not boot and in those times you can look up what period this build number was made for reference. Apart from that, there is no need to know te build number, and the rooting package in this guide should work for any version of the Android 6.0.1 Marshmallow updates provided you have the right device and build number.

You must have a computer that is running Windows to be able to use the CF-Auto-Root package in this guide because the Odin flashing application is only made for the Windows operating system.

There could be a couple of Android software updates that roll out for the Samsung Galaxy S6 Edge Plus smartphone with the SM-G928N0 model number that is still based on the Android 6.0.1 Marshmallow software updates. It is possible at once one update brings a new bootloader with it, and it is those updates with the new bootloaders that could potentially present a problem for the CF-Auto-Root package. Sometimes Chainfire needs to apply updates to the files because of the new bootloaders if they stop the rooting package from working. Some of the common problems people suffer from when the CF-Auto-Root file needs updating is a device that does boot after flashing the CF-Auto-Root tool or just a device that does flash the rooting file. Both of those issues are only temporary and can be fixed, so you do not need to worry about your phone. However, for Chainfire to be able to get the rooting packages working again, he relies on you guys to submit the new recovery images that are found in the new software updates to the official CF-Auto-Root tool thread made over at the XDA-Developers website. Once done, he applies the changes on his end with that information you have left. The updates that Chainfire applies to the rooting files in his end are always real time updates on our end also because we link directly back to the Chainfire repository.

In conclusion, that is how to root the Samsung Galaxy S6 Edge Plus smartphone with the SM-G928N0 model number when it is running on the Android 6.0.1 Marshmallow software updates by using a newer version of the CF-Auto-Root tool by Chainfire. Your phone now reboots back into the normal mode where you can hit up the Google Play Store and install any of the available versions of the root checker application. There are at least a few free versions available that are willing to let you check the root status of your phone for free, and there are also others that are premium versions and gives you some additional features like the BusyBox.

Once the root checker application confirms your root status, you can check out all of the things one can do with a rooted Android operating system. Those include installing custom ROMs, overclocking the CPU, overclocking the GPU, saving the battery better, increasing the internal memory, use heaps of apps that were not available to use before, remove the system applications that are there by default, and still loads more.

Moreover, there are a few things you can do if your root checker application was returning the message that your device was not rooted. The first thing everyone should try is to check whether or not the Samsung Galaxy S6 Edge Plus smartphone is getting into the recovery mode. Chainfire tells us that every Samsung smartphone needs the recovery mode for the rooting to have worked which eventually installs and enables the SuperSU on your phone. The recovery mode is usually not something you need to worry about because it happens automatically when the rooting takes place. However. On rare occasions, there can be times when for whatever reason the CF-Auto-Root tool does not manage to do its job, and the recovery mode does not happen. Those times can be easy fixes, and all you need to do is boot the Samsung Galaxy S6 Edge Plus handset into the recovery mode after flashing manually, and it works just the same.

Furthermore, you should check out some of the other versions of the Odin flashing application if you find the version of Odin that you used during this guide is not getting the job done. Chainfire includes one version of the Odin flashing app which is usually the Odin 3.10 version in his latest work for recent software updates like Android Marshmallow. However, that does not necessarily mean that it works significantly for each Samsung device. Samsung developers make the Odin flashing application and not Chainfire, so he does not directly control the flashing tool we use. We can see occasions online where people have tried one version of Odin, and it did not work, so the then tried another version, and it did work. You can test out all versions of the Odin application from our Odin downloader page and then come back and see if that fixes the problem.

Mathew Diekhake is a certified Microsoft Systems Administrator from Australia and also the founder and editor of ConsumingTech.com. With a never ebbing desire to cover technology, he is mostly consumed by Windows, Linux, and Android. However, he has spent stacks of hours learning about a variety of computer software, both formally and informally, and has authored tens of thousands of tutorials and news articles since 2011. Mathew has obtained many Microsoft certificates and is a qualified sysadmin (MSCA). Read Mathew's full biography. Mathew's social profiles: Twitter, Facebook, Instagram, LinkedIn, Github
« Root Samsung Galaxy S6 Edge Plus SM-G928R4 on Android 6.0.1 Marshmallow» How to Root OnePlus 3 on Android 6.0 (Oxygen UI)