Most people are hoping to root the Samsung Galaxy Note 4 smartphone so they can install applications that require access to the root file system to run, or to install some custom ROMs or custom kernels. A custom kernel can overclock your internal hardware differently so it is running more at a frequency that suits your needs, though a kernel is the least favorite thing to do because it is usually reserved for experts since a custom kernel can do damage to your hardware if you do not have the right knowledge. A custom ROM is also risky but attractive since it can change the way your software looks. Many girls like to find custom ROMs that offer pink in the for example–something that you just wouldn’t find from your stock Android ROM.

Above all, the applications that need the root access to run is the number one reason as to why people choose to root the Samsung Galaxy Note 4 smartphone by installing and enabling the SuperSU to work on the phone. The reason being that there are many things people can do with the applications. Take the Device Control application that can change the color temperature of the screen, give you app management support, offer voltage control, kernel tweaks, the ability to alter the strength of the vibration, change the way your CPU and GPU is clocked and more. 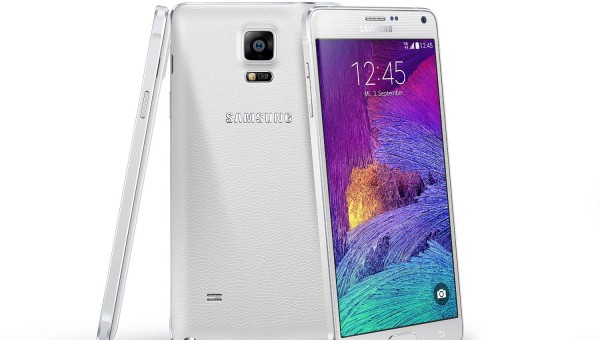 The Device Control app is just one sample of what people can do with a rooted Android running on the Samsung Galaxy Note 4 smartphone. You can also checkout applications like the GL Tools, which is an app that can tweak your rendering and resolution so that your hardware can handle gaming better. The System App Remover is capable of completely uninstalling any of the system applications that you no longer want to run. The Titanium Backup application is the best way to backup your Samsung Galaxy Note 4 data and is way better than any apps available before you rooted the Android OS such as the likes of the Helium app. The Greenify application can help you identify the apps that are running in the background and make your battery last longer if you are not satisfied with the length of time your battery lasts. The System Tuner app can analyze what is happening behind the scenes of your hardware so you can tune the device, so it is running optimally.

Those are just some things you can do with applications that require access to the root file system to run after you follow this guide to root the Samsung Galaxy Note 4 smartphone which will install and enable Chainfire’s SuperSU application.

There is a new version of the CF-Auto-Root tool that is made for each Samsung device that is usually clear by checking the model number. The CF-Auto-Root tool version for each model number sometimes needs updating by Chainfire, and these times often come about when newer versions of Android arrive. That is the reason as to why we choose to write our rooting guides based on the software update that we know they work on and not just assume they work forever or that we will somehow be able to keep track of updating the file. True, these should start working again automatically over time, but there could be an extended period where many thousands of people are clicking on the article and following them when they do not work. The CF-Auto-Root tool that Chainfire has made in this guide was developed when he was running on the MMB29K.N910KKTU2DPD6 firmware build number on the Samsung Galaxy Note 4 smartphone that has the SM-N910K model number.

There could be some more Android software updates that roll out over the air to your devices that bring new bootloaders with them when you update. These cases are rare because usually the new bootloaders only come about when the updates are updating your device to completely newer versions of Android such as going from Android 6.0 Marshmallow to Android 6.0.1 Marshmallow. Nevertheless, it is possible that a new bootloader is present on another update that is based on Android 6.0.1 Marshmallow. If that happens, Chainfire needs to make a change to the CF-Auto-Root file so that it starts working again when people flash the file. For him to be able to do this, he relies on people who pick up on the issues to notify him about it. Leave the new recovery image files that are found inside the new firmware that are creating the problems in a new message left on the official CF-Auto-Root tool thread Chainfire has made on the XDA-Developers website forum page. Chainfire will see your notes and then apply the necessary changes on the server from his end, and they will be automatically reflected in our guides.

In conclusion, that is how to root the Korean Samsung Galaxy Note 4 SM-N910K smartphone when it is running on any of the Android 6.0.1 Marshmallow software updates by using a newer version of the CF-Auto-Root tool by Chainfire which is now completely systemless. Chainfire calls these versions the systemless root versions because the rooting process no longer needs to make any changes to the /system partition which results in a cleaner and more stable rooting method for your device. If there is one potential downside for some it is that it is easier to unroot because applying a hard reset will now completely unroot the Samsung Galaxy Note 4 smartphone. Compare that to the older versions of the CF-Auto-Root tool and people needed to choose to unroot it from the SuperSU application or by flashing an official stock ROM from the Sam Mobile website using the same Odin flashing tool application.

Once the Samsung Galaxy Note 4 smartphone reboots, you can open up the Google Play Store applications and then download the basic root checker applications which check the root status of your smartphone. Most people prefer checking the root status of the phone before doing anything else because it then makes it easier to troubleshoot if you cannot get something working. Those who have checked the root status and they know it is rooted can then check out all the things people can do with a rooted Android operating system which includes installing heaps of more apps that need you being a root user for them to run, installing a custom ROM, flashing a custom kernel and loads more. It is what you can do with the apps now that is the main attraction, with options like increasing the hardware capabilities and the battery performance being two things that are now at your fingertips.

Anyone who is finding that the CF-Auto-Root tool does install the SuperSU application but is not finding it working are probably going to have to work out why the SuperSU is not enabled. There are a few things it could be, but most of the time it is a simple fix that either consists of downloading another version of the Odin flashing tool or getting the smartphone into the recovery mode after the flashing is complete.

Those of you who have tried getting the Samsung Galaxy Note 4 smartphone into the recovery mode and flashing with another version of the Odin flashing application can try heading over to the Sam Mobile website instead and clicking on the Firmware section. Here is where you get the chance to type in your model number, and it brings up all the available firmware that you can download and install using the same Odin flashing tool that you used to flash the rooting file. You do not need to make any changes to the settings from the Odin flashing tool’s user interface either; just click the Start button once you have uploaded the firmware file to the AP or the PDA button that you can see available from the user interface. The Sam Mobile website shows all firmware for the model number, and it can even show firmware for the model number across several phone carrier networks if there is more than one phone carrier network using the one model number. Be careful here as you need to make sure your device is SIM unlocked before you can flash firmware from another phone carrier network. To be clear, those of you who have the Samsung Galaxy Note 4 SM-N910K SIM unlocked can download the firmware and install it from any phone carrier network as long as it is still made for the SM-N910K model number. Those who do not have the device unlocked need to install the firmware for the same phone carrier network that you are a subscriber to, or else it bricks the device. You can always fix this brick by finding the correct firmware and flashing it again.

Mathew Diekhake is a certified Microsoft Systems Administrator from Australia and also the founder and editor of ConsumingTech.com. With a never ebbing desire to cover technology, he is mostly consumed by Windows, Linux, and Android. However, he has spent stacks of hours learning about a variety of computer software, both formally and informally, and has authored tens of thousands of tutorials and news articles since 2011. Mathew has obtained many Microsoft certificates and is a qualified sysadmin (MSCA). Read Mathew's full biography. Mathew's social profiles: Twitter, Facebook, Instagram, LinkedIn, Github
« Root Samsung Galaxy Note 4 LTE-A SM-N910L on Android 6.0.1 Marshmallow» Root Samsung Galaxy Note 4 SM-N910G on Android 6.0.1 Marshmallow