Rooting the Samsung Galaxy Grand Prime will give you an all-access pass to installing root apps from the Google Play Store and other sources online. It’s also half of what you need to install a custom ROM or new kernel on a device. The Grand Prime isn’t the type of smartphone that third-party developers love to create new ROMs for, so most people will be rooting to install the applications.

One application we recommend you check out still is the ROM Toolbox by J. Rummy. The ROM Toolbox has been around for years and is one of the rare all-in-one toolbox solutions that has stood the test of time. With the ROM Toolbox, you can take NANDroid Backups directly from the app so you don’t need to go to the effort of installing a custom recovery — the other half of what you would’ve needed to install your custom ROM. The ROM Toolbox is also great for removing the bloatware or what they like to call uninstalling the Samsung system apps. 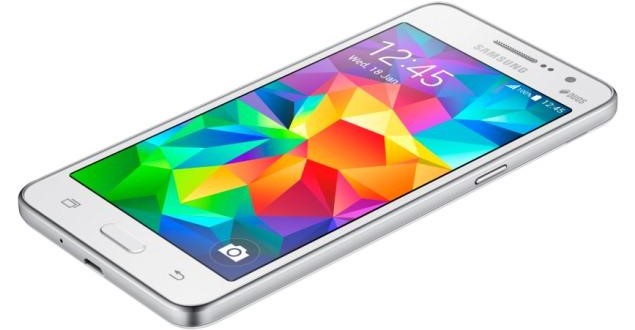 Chainfire’s CF-Auto-Root file in this guide is based on the LMY48B.G531HXXU0AOK2 firmware which is part of a roll out of Android 5.1.1 Lollipop software updates to some regions. That same build ID is not rolling out to all regions or languages, and that’s fine by us. You do not need to be running that same firmware on your Samsung Galaxy Grand Prime device. Chainfire gives us that build ID so we can use it as an indicator only. Some Samsung smartphones like the Grand Prime will not boot old images.

In conclusion, that’s how to root the Samsung Galaxy Grand Prime SM-G531H smartphone running on the Android 5.1.1 Lollipop update. Anyone who doesn’t see the Grand Prime make it automatically to recovery mode will find the device is not rooted. You will need to manually reboot to recovery mode using the hardware button combination.

Mathew Diekhake is a certified Microsoft Systems Administrator from Australia and also the founder and editor of ConsumingTech.com. With a never ebbing desire to cover technology, he is mostly consumed by Windows, Linux, and Android. However, he has spent stacks of hours learning about a variety of computer software, both formally and informally, and has authored tens of thousands of tutorials and news articles since 2011. Mathew has obtained many Microsoft certificates and is a qualified sysadmin (MSCA). Read Mathew's full biography. Mathew's social profiles: Twitter, Facebook, Instagram, LinkedIn, Github
« How to Install Plasma ROM on Verizon Samsung Galaxy S5» How to Install Helix ROM on Verizon Samsung Galaxy S5