Today the Windows operating system has been a free install for many people, and Microsoft has instead turned its attention to profiting by getting people to pay for services that branch off of the operating system itself, such as with Microsoft Office.

This new approach is similar to how Android has become a company profiting billions annually, with that number expected to rise into the tens of billions within the next few years thanks to the ever-growing popularity of applications being installed on devices. Android is, in essence, an open source operating system that gets distributed for free to many manufacturers. Google is more than happy to let that happen because people then start paying for applications from the Google Play Store, which is the native app store for the Android OS, and that revenue goes directly into Google’s hands after the app developers take their share. It appears as though Microsoft is heading in a similar direction; Windows doesn’t come with a big app store like Android does yet, but it does come with the much-loved Microsoft Office software that people need to pay for to use.

The Microsoft Office subscriptions aren’t cheap, and there once was a feature available from the Windows Store Beta for those who wanted to preview some applications if you hadn’t used them before to see if you think it’s going to be money well spent for your computer. The preview versions are not the full versions of the apps; instead, you can only use them to read aka in Read Only mode. If you want to start using the apps with edit and create permissions, you’ll need to sign up and pay for an Office 365 Home, Personal or University subscription. Unfortunately, Microsoft doesn’t offer that anymore, and you’ll need to jump right into the subscriptions if you want to use them at all. Some websites can help you get to know Office if you still aren’t sure you want it, such as the Google-owned YouTube where you’ll find a ton of tutorials.

Once you’ve decided that you want Office, not much can go wrong apart from being unable to install your updates. Checking for Office updates isn’t the same as checking for Windows 10 software updates, the Office updates are available directly from the Office applications itself and not the Settings app where you would find the revamped Windows Update.

Note: This guide starts by installing Microsoft Office on a computer. If Office is already installed on your PC, then skip to the steps where it shows the opening of any Office application.

1. To install Microsoft Office, head to your search engine of choice and type Microsoft account.

2. Click on the result that shows the Microsoft.com URL under the search result.

5. Open any Microsoft Office application and then click on File. 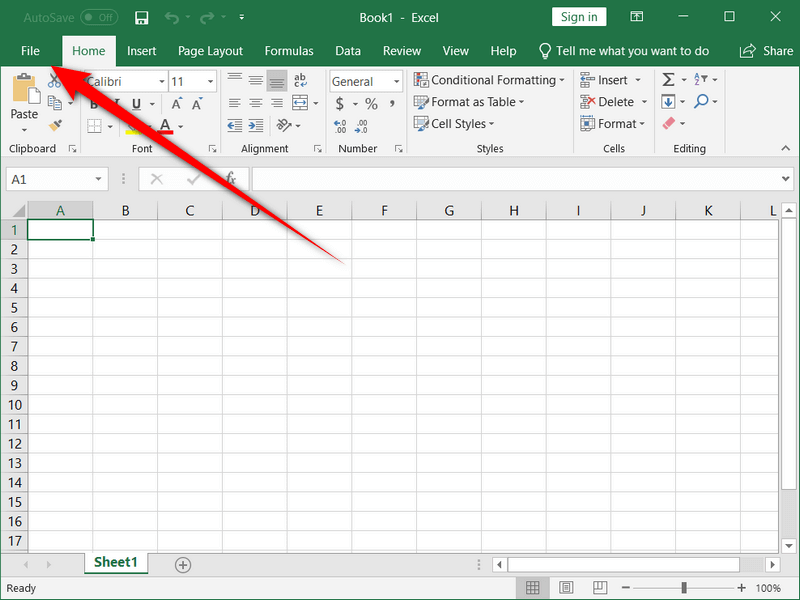 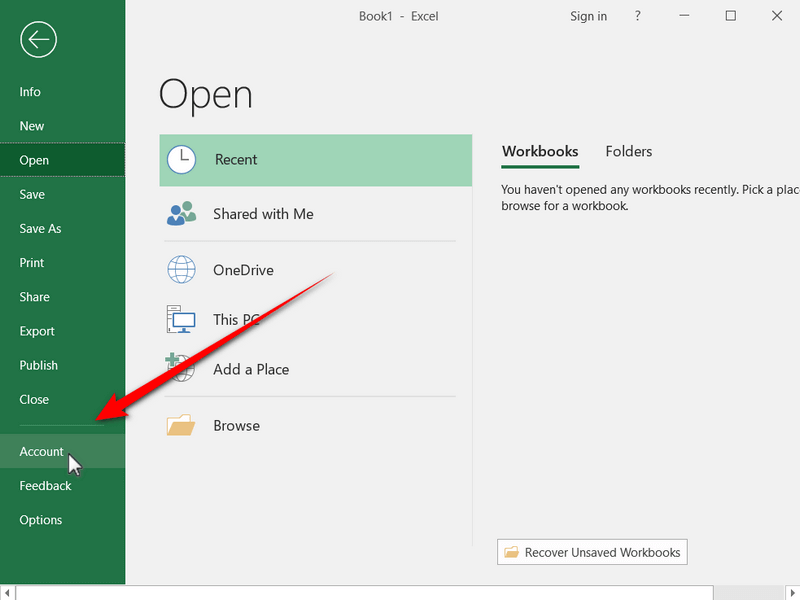 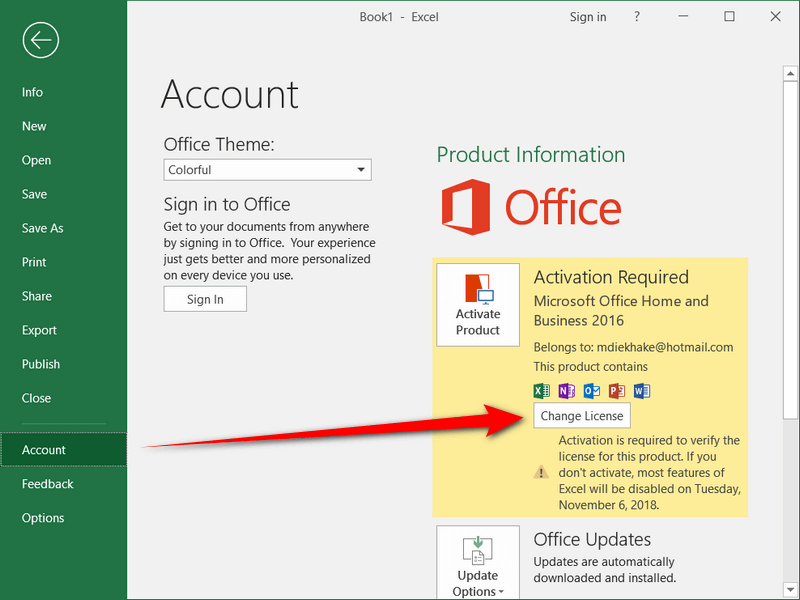 Mathew is a qualified Microsoft Windows systems administrator (MCSA) who has covered OSs, browsers, the internet, and related tech since 2011. He is the founder and editor of ConsumingTech.com and is a freelance tech writer for various publications around the Web. Mathew graduated from DDLS Melbourne (now Lumify). He grew up in Melbourne and lives in rural Victoria, Australia. Read Mathew's full biography. Mathew's social profiles: Twitter, Facebook, Mastodon, Instagram, LinkedIn, and Github.
« Choose Default Operating System to Run at Startup in Windows 10» Change Windows To Go Startup Options in Windows 10