Opera is a multi-platform web browser developed by Opera Software. Opera is a Chromium-based browser. It distinguishes itself from other browsers through its user interface, functionality, and other features.

Opera was initially released in April 1995, making it one of the oldest desktop web browsers still actively developed today. It was a commercial software for the first ten years and had its own proprietary Presto layout engine. In 2013, Opera switched from the Presto engine to Chromium, opening up support for Chromium-based plug-ins. 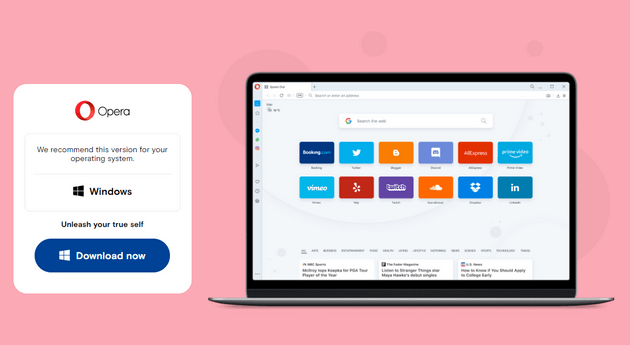 Mathew Diekhake is a certified Microsoft systems administrator from Australia and also the founder and editor of ConsumingTech.com. With a never ebbing desire to cover technology, he is mostly consumed by Windows, Linux, and Android. However, he has spent stacks of hours learning about a variety of computer software, both formally and informally, and has authored tens of thousands of tutorials and news articles since 2011. Mathew has obtained many Microsoft certificates and is a qualified sysadmin (MSCA). Read Mathew's full biography. Mathew's social profiles: Twitter, Facebook, Instagram, LinkedIn, Github
« Download: Opera Beta 75.0.3969.50 (Update for Desktop) [Links]» Download: Vivaldi 3.6.2165.40 (Update for Desktop and Android) [Links]