Home » Internet » Is RedGifs Down 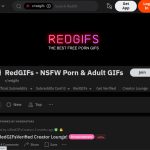 RedGIFs is not down. RedGIFs gets a lot of traffic and it should be as reliable as any mainstream site you expect to always be up. Sometimes the most trafficked sites in the world such as Twitter can have small outages for some regions. But for a site like RedGIFs which is popular but not nearly as popular as Twitter, it should always be up and running 99.999% of the time. RedGIFs will have reliable servers and enough capital to manage those servers extremely reliably.

Another question we get asked about is RedGIFs pages/images not loading for them when the visit. According to the RedGIFs Reddit page, RedGIfs made some third-party changes to their API which could be why some visitors don’t see the images loading.

If RedGIFs is down for you, it’s likely your internet connection or malware. Sometimes malware can make it so your computer works for some sites but not for others. If you think that sounds like your computer, we recommend running an antimalware scan with Spybot – Search & Destroy for Windows users or Malwarebytes for Mac users.

Note that we have run antimalware scans on RedGIFs and have concluded it is a safe site. So we are not suggesting the potential malware is associated with that domain.

In conclusion, RedGIFs is not likely down, and if it seems like some sites work and some don’t for your internet connection, you ought to run an antimalware scan with a reliable malware removal tool.

in Internet No Comments

Mathew is a qualified Microsoft Windows systems administrator (MCSA) who has covered OSs, browsers, the internet, and related tech since 2011. He is the founder and editor of ConsumingTech.com and is a freelance tech writer for various publications around the Web. Mathew graduated from DDLS Melbourne (now Lumify). He grew up in Melbourne and lives in rural Victoria, Australia. Read Mathew's full biography. Mathew's social profiles: Twitter, Facebook, Mastodon, Instagram, LinkedIn, and Github.
« How to Get RedGIFs off of Read Only Mode» What Is Pornid and Is It Safe?